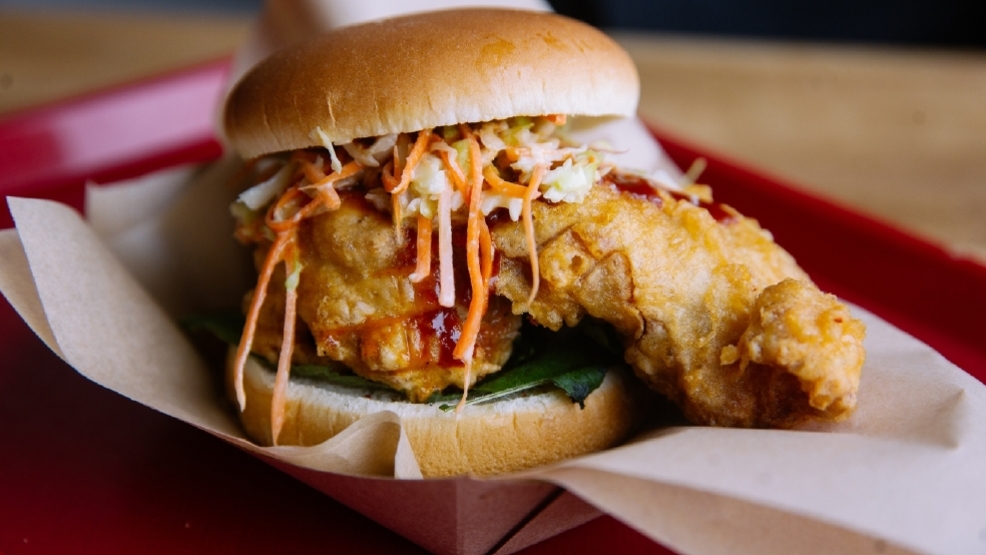 Junkichi. We visited this new Japanese robatayaki restaurant on Capitol Hill and not only was the food good, but the service was especially...futuristic. Check it out here.

Brother Joe. This new Georgetown spot will serve pastries, breakfast burritos, and sandwiches for dining in and for take out. There will be more of a formal weekend brunch, reports Eater.

Super Bueno. The restaurant menu offers a great selection of snacks for sharing on the patio or catching a Mariner’s game at the bar, plus tacos, nachos, salads, sides, and desserts.

Falafel Salam. This West Seattle staple is opening a bakery in the back of their restaurant! The bakery will focus on hot and fresh pita and "insane" baklava!

Anejo. This restaurant and tequila bar just opened up on the hill and will have tacos and other Mexican fare, reports Seattle Times.

FrogLegs. This culinary academy is opening up in U-Vill and allows for both kids and adults to practice a hands on approach to cooking. They also serve up sweet treats and edible cookie dough because we all know that the dough is the best part of the whole cookie life cycle. Their dough is made without eggs and flour and is heat-treated which makes it safe to eat.

Benito's Chicago Eatery. This Ballard deep dish pizza joint closed their doors at the end of March according to Eater.

Fresh Bistro. This West Seattle restaurant has been operating in the Mural building in the Junction for nine years but closed their doors late last month reports West Seattle blog.