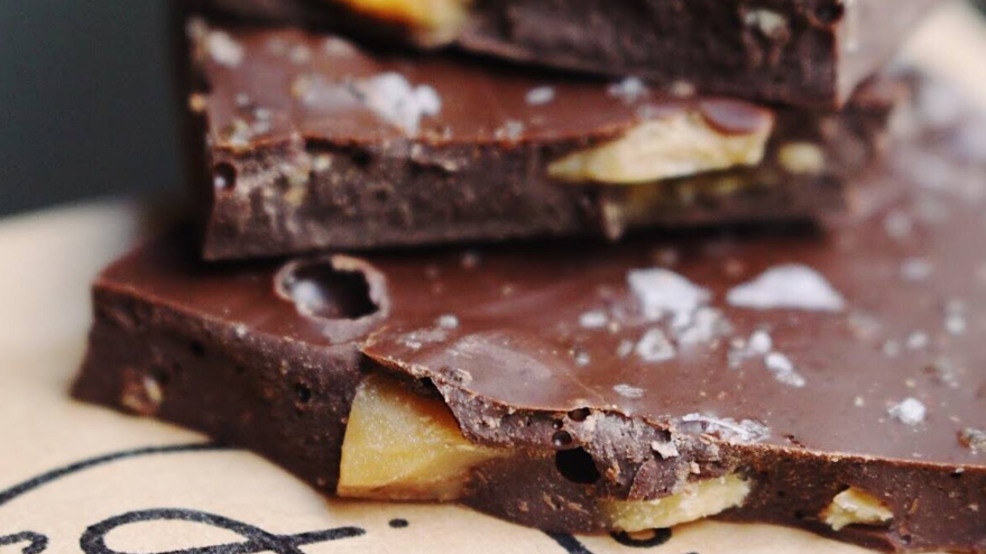 Vinnie's Raw Bar. Remember when Navy Strength and Juice Bar closed down? Well, according to Eater Seattle, Chris and Anu Elford will be using that same space to open up Vinnie's Raw Bar. This spot will serve seafood and wine, which is about all we know thus far. The Elfords intend to keep this as hush-hush as possible. Head over to their Instagram account to see how the business is coming together!

Hannyatou. No, Mutsuko Soma hasn't opened Hannyatou just yet, despite Eater Seattle's projected March opening, but we do have good news. According to Eater Seattle, Soma exceeded her $15,000 fundraiser goal on Indiegogo which means we are that much closer to traditional sake flights!

Il Nido. Mike Easton of Pioneer Square's Il Corvo is taking it one step further and bringing a new spot to West Seattle. Set to open up in April, Il Nido will be serving Easton's popular pasta. According to Eater Seattle, Il Nido will serve seasonal dishes such as a squid-ink pasta for the summertime or dishes full of richness for the winter.

Arriba Cantina. Enjoy flavors and cuisine from Mexico's Pacific Coast at Arriba Cantina, which is now open for your enjoyment! Kirk Henry and Ryan Suddendorf hopes you enjoy the rich culture as much as they did during their trip to Puerto Vallarta, and they promise to deliver a wide range of palettes with a rotating menu set to change with the seasons. For now they have dishes such as shrimp, salmon, and tuna cerviche, tacos of all varietes, tamales, and much more!

Mountaineering Club. When the Graduate Hotel opened up a few months back, people were hardly expecting a rooftop bar in the rainy city. But Mountaineering Club is not only surviving the rain, it is thriving. With views of Mount Rainier, Puget Sound, and downtown, you can enjoy an extensive and delicious menu at an affordable price. I'm talking oysters, peel and eat shrimp, oat cobbler, and a variety of cocktails!

Currant Bistro. If you're tired of bland hotel food, Currant Bistro is open and ready to blow your mind. They've got an extensive list of meals that can be paired with Washington Bear and Wine, hot breakfast sandwiches, and a whole lot more! Let's not forget to mention the urban, creative design which is bound to create an atmosphere you've never experienced before!

Musang. "A tribute to Filipinx Food," says Chef Melissa Miranda. Set to open up this fall, Miranda needs your help. Musang has been a collection of pop ups and now Miranda wants a storefront! Fundraising is still in progress, and soon there will be a place where you can sit and eat her remarkable food. Over 600 backers have helped raise $90,000 so far!

Joe Chocolate Co. This new spot is currently under construction in Pike Place, but the story behind its creation is amazing. Two dudes without any confectionery experience decided to make chocolate and send it in a care package to their friend who was hiking the Pacific Crest Trail. The rest is history. Joe's Chocolates is sold throughout the PNW (everywhere, if you're REI), which means Seattle has quite the gem coming to us.

Aoki Japanese Grill & Sushi Bar Aoki Sushi is GONE, folks and, according to The Stranger, the reason is still unclear. All we know is this iconic restaurant will be sorely missed, and Aoki-goers are scrambling to find a spot to satiate their prime sushi needs.

Kanak. Kanak, Cuisine of India, says they are temporarily closed on their site but don't let that get your hopes up. Kanak has officially closed down. Fans are searching to replace the iconic curries , naan breads, and more. Best of luck!

Elysian Tangletown. While the brewery is still open at its three other locations, the Tangletown location is down for the count. According to Eater Seattle, co-founder David Buhler will be opening Tangletown Public House in that space.

Harry's Chicken Joint. Not many places around here can say they served quality chicken, which is why the closing of Harry's Chicken Joint hits hard for some. According to Eater Seattle, owner Bruce Cougan announced on instagram that he will be retiring.

Crow Restaurant & Bar This longtime Queen Anne fave is giving us time to adjust to their leaving, with a closure date set in June. According to Eater Seattle, the owners have decided not to renew the least. But it's okay everyone, because their sister store will still be open nearby!