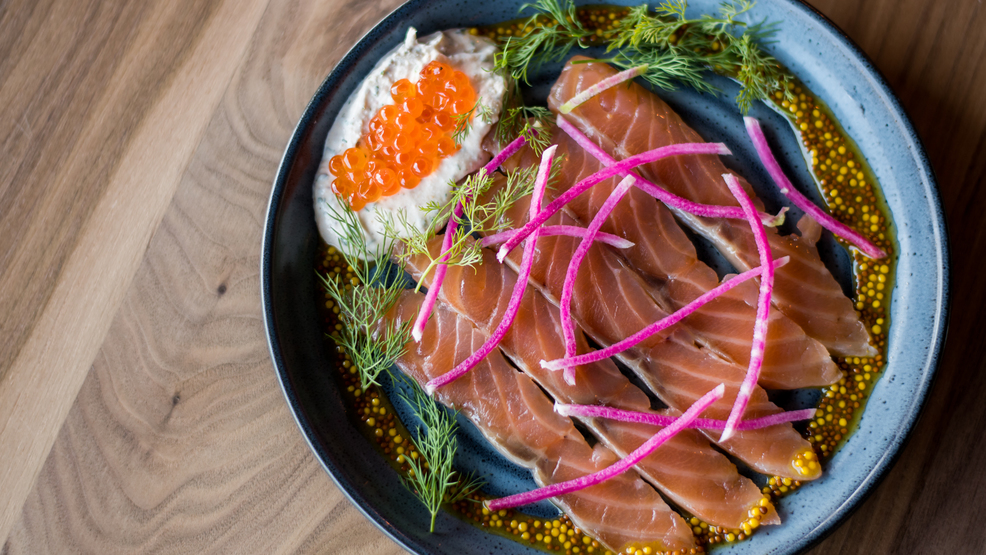 Aerlume. New to the Pike Place Market block comes Aerlume! According to eatinseattle.com, Aerlume not only has amazing Puget Sound views, but it will feature vibrant and seasonal regional cooking. Aerlume is currently open for happy and dinner from 3-6 p.m. daily. Lunch and weekend brunch services will begin early in 2019.

Dacha Diner. This new diner specializes in Eastern European and Jewish foods like knishes, borscht, matzo ball soup, latkes and vareniki and is all about COMFORT food. Opening in the location where The Saint used to be, the Dacha Diner is now open and in action according to Capitol Hill Seattle Blog.

The Wild Mermaid. This Vashon Island restaurant just opened their doors at the north-end ferry dock. The place focuses on specialty coffees, buttery baked goods and sandwiches to go all with a beautiful waterfront view reports the Vashon-Maury Island Beachcomber.

Ezell's. Seattle's favorite fried chicken spot has officially made its way over to the east side! Bellevue's location had a soft opening on December 28, 2018. This location has a large dining room with an expanded menu with sandwiches and salads alongside their famous chicken and sides.

Lucinda Grain Bar. Here's anothaaa one from Seattle's cutest chef, Edouardo Jordan. Lucinda Grain Bar is a "beautiful dining and libation destination featuring grains and booze from around the world," reports The Seattle Times. The menu will have snacks, pressed sandwiches, grain bowls and more. This new spot is also located in Ravenna along with Jordan's other restaurants.

Xiao Chi Jie. This east side restaurant specializes in sheng jian bao which is "a bigger, pan-fried cousin of the soupy dumpling hit xiao long bao," reports the Seattle Times. Apparently it's so good that the lines out of the place are absolutely out of control.

D&E. In the space that used to hold Radici, this Pioneer Square restaurant is "meant to be a simple and approachable restaurant, welcoming to everyone," reports The Seattle Times. Jonathon Fleming and Libby Aker, two industry pros have teamed up together to create the menu which features chicharrones, crudo, charred Brussel sprouts pasta with local mushrooms and a lot more. The name stands for "drinks and eats" and we are here for it.

Future Primitive Brewing. According to The Seattle Times, this White Center is a beer-lovers dream coming from Ian Roberts who is the co-owner of Capitol Hill's popular Pine Box and co-founder of Seattle Beer Week.

Meg's Hamburgers. The owners of Aldstadt are making "old school hamburgers in Seattle's oldest neighborhood" which is Pioneer Square reports The Seattle Times.

Naked City Brewery and Taphouse. This Greenwood brewery is closing their doors in because of apartment developments. Folks around town are bummed because it was a neighborhood favorite! Thanks for your service, Naked City. Naked City does have a second location on Camano Island so if you are ever in desperate need - you can head north.

Scratch Deli. This Capitol Hill spot close their doors after six years of serving up sandwiches, stand up comedy and music reports the Seattle Times. Scratch Deli had to shut down due to higher demands on small businesses.

Jiaozi!. This International District dumpling favorite closed their doors due to the ending of a lease reports the Seattle Times. They will be reopening in Bellevue next summer at the Asian Family Market. So if this is one of your favorites - never fear, you'll just have to head on over to the east side.

Navy Strength Coffee and Juice. Don't worry - this isn't Navy Strenth the cocktail bar...it's just their sister cafe which have recently closed their doors. The place won't be vacant long, there are plans for a natural wine bar reports The Seattle Times.