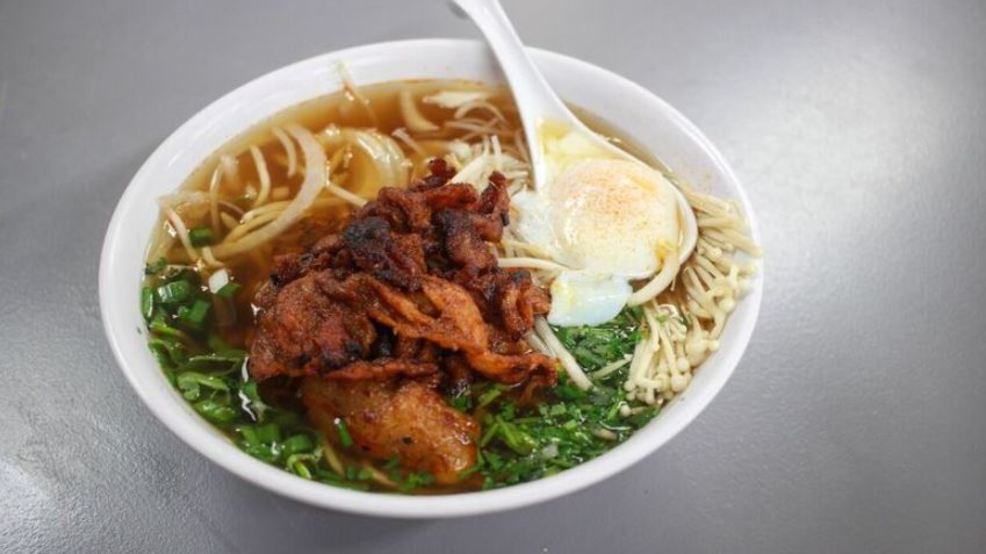 Forum Social House. At the tail end of 2019, Bellevue opened one of the coolest places to hang out, jam out, drink up, and grab a bite to eat. Inside Forum Social House is a restaurant, two bars, a Topgolf Swing Suite, Par1 miniature golf, a clubhouse private room with a city view for hosting events, and a lounge that turns into a nightlife scene with DJ-ing and table-side drink service for the weekends. Their restaurant offers premium casual dining with an environmentally conscious menu. This menu includes Korean-style BBQ wings, red chimichurri beef skewers, flatbreads, bistro steak, burgers, crispy Brussels sprouts, lemon drop cheesecake, chocolate lava cake and more. Open from 11:30 a.m. to 12 p.m. Monday – Thursday, 11:30 a.m. to 2 a.m. on Friday, 11 a.m. to 2 a.m. on Saturday, and 11 a.m. to 10 p.m. on Sunday.

Schmaltzy’s Delicatessen. Jonathan Silverberg, the owner of the popular food truck Napkin Friends, opened his Jewish deli in late November of 2019 in Frelard. This deli serves “The O.G.” latke sandwich which has house made pastrami, peppers, 1000 island dressing, horseradish cream, arugula, and gruyere on it along with other Napkin Friends favorites like matzoh ball soup and much more. Also, if you’re looking for a place to catch a breakfast sandwich, they serve their brunch menu food on Saturdays and Sundays! Open from 8 a.m. to 2 p.m. Wednesday – Sunday.

What the Pho. After closing their first Bellevue location late last year, this locally known Vietnamese chain has just opened another spot in the same city, but this time inside the Lincoln South Food Hall. Their menu not only consists of traditional Vietnamese noddle soup, but also a variety of banh mi, a large selection of fire and wok grilled entrees, fried rice, desserts like fried banana with ice cream, appetizers such as taro fries and fried dumplings, and a list of Vietnamese beverages including bubble tea. Open from 11 a.m. to 10 p.m. Monday – Sunday.

Taurus Ox. This Laotian cuisine took over the space where Little Uncle used to reside, right at the edge of Capitol Hill. With a low representation of Laotian food in the area, Taurus Ox offers the city regional classics such as Lao pork sausage, khao soi, thom khem, and soop pak. According to Eater, the restaurant will also be incorporating flavors of the Pacific Northwest by using produce from local farms. The restaurant opened during the first week of December 2019. Open from 11 a.m. to 3 p.m. and 5 p.m. to 9:30 p.m. Tuesday – Saturday.

Pagliacci. The end to a long residency on Broadway is now the beginning of a new era for Pagliacci Pizza as they made their debut on Pike Street in Capitol Hill late last month. According to Eater, this new location features a pizza testing kitchen, a training facility, a slice bar, beer and wine, and delivery. Open from 11 a.m. to 11 p.m. Sunday – Thursday and 11 a.m. to 12 a.m. Friday – Saturday. Delivery starts at 4 p.m. everyday.

206 Burger Company. This local burger chain has a new location on the horizon. There is currently no set date on the opening of their North Queen Anne location, but you can sign up for their newsletter on their site to stay updated on the status of that. According to Eater, their menu consists of burgers named after local sport teams, sandwiches, milkshakes, and Indian masala dishes. In this new location you can expect more seating than the other two 206 spots.

Musang. The pop-up success of Chef Melissa Miranda is now a permanent resident to the Seattle community. The Filipino restaurant opened in Beacon Hill in the second week of the new decade. Seafood lovers should head to Musang for dinner to try their adobong pusit pancit dish which is made of bihon, tinapa, scaliions, and squid that Miranda’s dad catches himself along with other Filipino fisherman, according to Eater. Open from 5 p.m. to 10 p.m. Wednesday – Sunday for dinner, and 10:30 a.m. to 2 p.m. on Saturday and Sunday for brunch.

Zaika. Capitol Hill birthed a new Indian restaurant and bar in the last month of 2019. Zaika serves lunch, dinner, and happy hour, so you can stop by for a bite or a drink. Their menu offers small plates like pumpkin soup, prawn sambal, and sesami cheese toast, and large plates like their classic butter chicken layered with their homemade makhani sauce. Lunch is from 11:30 a.m. to 2:30 p.m., dinner is from 5 p.m. to 10 p.m., and happy hour is from 3 p.m. to 5 p.m. and 10 p.m. to midnight. They are opened every day except for Tuesday.

Café Hagen. This new Scandinavian café is where the hygge is at. Settling in south lake union, owner, Maria Beck, wants her café to serve as a cozy place for the busy people of the city to be able to stop, relax, and enjoy the simplicity of life. The café makes home-made pastries, coffee from Hagen Coffee Roasters and their own exclusive coffee line. Open from 6:30 a.m. to 8 p.m. from Monday – Friday and 8 a.m. to 8 p.m. on Saturday and Sunday.

Taku. Taku is all the talk around town and according to The Stranger, late night crowds of Capitol Hill should be looking forward to the addition of this Japanese food spot. Their menu will feature kushikatsu (deep-fried skewered meat and vegetables), seasonal tempura ice cream from their neighbors, Salt and Straw, and Rachel’s Ginger Beer (according to Eater). You can expect open doors at 706 East Pike Street sometime during the last week of January!

Phorale Way. The successful Asian-Tex-Mex food truck is now going to have a permanent place in White Center. Eater states that the former food truck turned restaurant is planning to open in late February and will feature their famous banh mi sandwiches, smoked brisket pho, curly “siesta” fries, other original favorites, and many new items. Stay tuned for more updates on when Phorale Way will open next month!

Añejo. After only being up for about a year and a half, The Capitol Hill restaurant and tequila bar quietly closed at the end of 2019. According to Capitol Hill Seattle, owner Edgar Pelayo stated that the space was too expensive.

Tallulah’s. Due to issues of payroll and paycheck delays, The Stranger stated that Tallulah’s closed abruptly in December. A GoFundMe was started during the holidays to help raise money for the staff.

University Seafood and Poultry. According to The Stranger, the owners of Pike Place’s 75-year-old restaurant have retired and therefore, permanently closed. This business was four generations long and will be dearly missed.

Sitka & Spruce. The first restaurant of James Beard Award-winning chef Matt Dillon, closed on the last day of 2019. Dillon still owns other restaurants in Seattle such as Corson Building and Bar Ferd’nand.

Bramling Cross, Super Bueno, Marine Hardware. On January 1st of this year, these three restaurants of Chef Ethan Stowell closed. The Seattle Times spoke with the notable chef and he stated that the reason for shutting down these spaces was because they weren’t as successful as they needed to be.

Big Chickie. The Peruvian chicken spot ended it’s 5 plus year run in mid-December. It has not been revealed, but according to the Eater, the space will be replaced by a small business with a strong following.

Perché No. The sweet Italian restaurant on Queen Anne that first opened in 1992, closed its doors on December 18th of 2019. The owners, Lily Kong and Chef David Kong have officially retired according to Northwest Asian Weekly.

Full Tilt. The sad news for ice cream lovers came around early December when Full Tilt announced that they were closing their Capitol Hill location. As the Eater stated, owner Justin Cline expressed that the area proved to be a challenge as far as rent. The ice cream shop still has four different locations in the Seattle area including U-district and Columbia City.