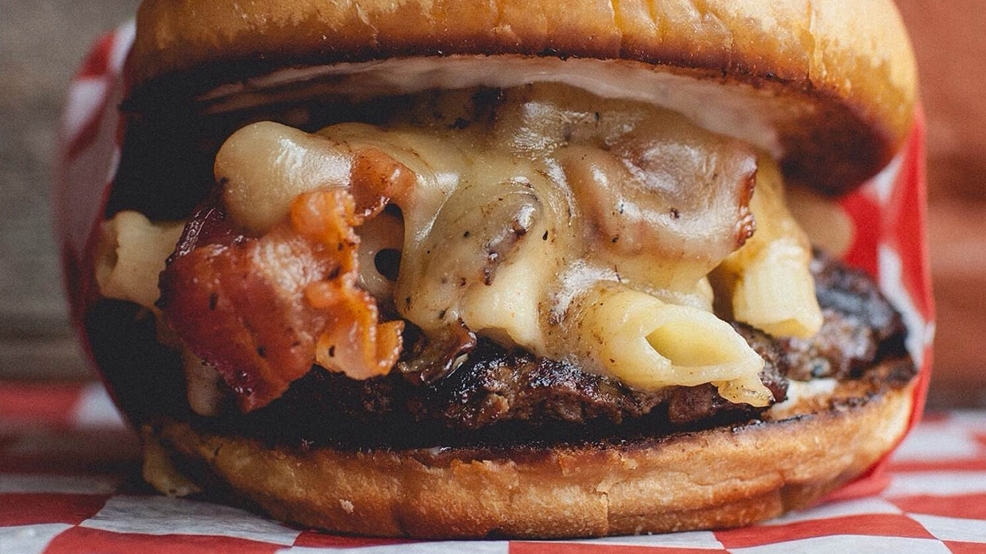 It seems to somehow be Burger Week here in Seattle - and we're embracing it. One of the more amazing creations to come to us this week is the union between Li'l Woody's and Beecher's Cheese: The Beecher's Mac n' Cheese Burger. (Image: Li'l Woody's)
SEE MORE


7 Beef. Sophie and Eric Banh, the brother and sister chef team behind Monsoon and Ba Bar, announced on Monday their newest project: a steakhouse called 7 Beef. Right next to Ba Bar on East Jefferson Street, the restaurant will serve classic cuts of beef, the traditional celebratory Vietnamese seven-course beef dinner, and will open in late fall.


Tray Kitchen. Along with the Banhs, another prominent PNW chef is opening his third restaurant: Chef Heong Soon Park of Chan and Bacco Cafe is set to open Tray Kitchen this fall. Tray is inspired by the dim sum-style serving method, and guests will be able to see their food before they order and choose what they like.


Herban Feast at Froggsong Gardens. Not a restaurant per se, but Herban Feast is the catering and events company which will now be operating Froggsong Gardens on Vashon Island for weddings, private parties and corporate off sites. Herban Feast locally sources their cuisine, and Chef Dalis Chea's menus reflect 'the bounty of the Pacific Northwest.'


8 Oz. Burger and Co. It continues to be a burger-tastic week, with our round up of old timers and new favorites, and our look inside Giddy Up in Ballard. And we love it! We're keeping 'em coming with the second 8 oz. burger location officially opening in Ballard yesterday. They'll still be using their raised grass-fed natural meats from NW farmers, and locally sourced sustainable products. Hurrah!


India Gate. The family-run Eastgate restaurant that closed after a fire 10 months ago has now reopened, The Bellevue Reporter tells us. The owners made a few additional changes to the restaurant, including some new additions to the menu.


Aragona. Seattle Met is reporting that the extremely successful downtown Spanish restaurant is closing and re-opening as Vespolina, an Italian restaurant. Jason Stratton opened Aragona eight months ago on First and Union, escaping from the Italian roots that earned him fame with Spinasse. In honor of their best sellers as a Spanish restaurant, Aragona is running a five-course $65 menu until the closing.