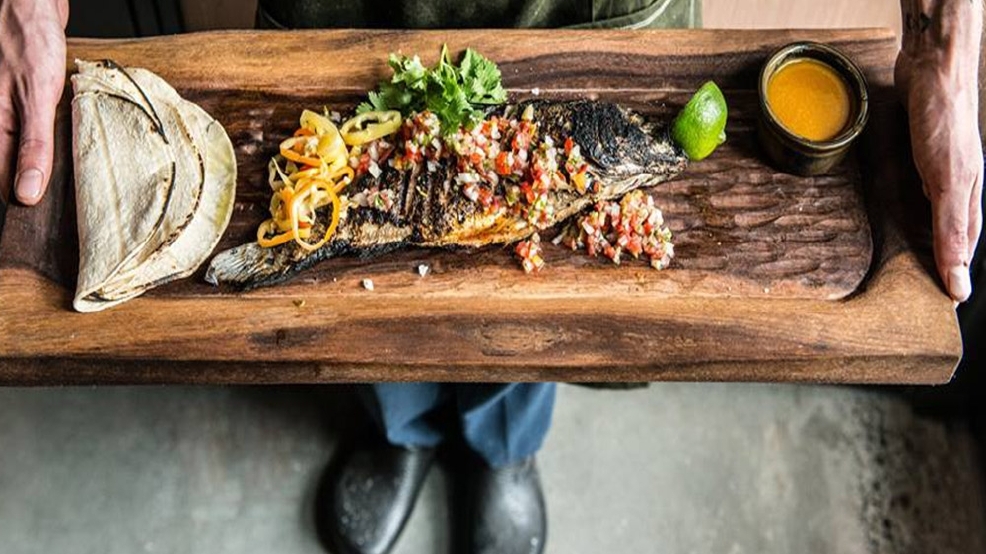 On the scene at Pioneer Square's Quality Athletics

When Josh Henderson and his Huxley Wallace Collective announced their next project after Westward, it was going to be "our take on a sports bar".


Located in Pioneer Square, the Huxley Wallace folks said it wouldn't be the 'typical' sports bar and when Quality Athletics opens this week, the neighborhood, sports fans, and diners of Seattle have a new restaurant in their midst that you can happen to drink at and watch some sports.


Prior to the opening of QA, Eater had an interview with Josh Henderson of Huxley Wallace and he wanted to have the place opened in time for last week's Seahawks game. Mission sort of accomplished.


While they did open for that game, Quality Athletics technically 'officially' opens this Friday, with a soft launch on Wednesday. When we wrote last week about places to eat around CenturyLink Field, we included Quality Athletics. We could open that scope to Safeco Field as the Mariners are in a push for the postseason and more sports fans will be making their way to Pioneer Square and SoDo.


I was invited to a friends and family preview of Quality Athletics over the weekend and took in the new space. As befits a restaurant that's a sister to the whimsically outfitted Westward, Quality Athletics shares in the touches and flourishes that make for unique design.


Immediately stepping inside you'll see dozens of trophies aligning shelves at the host stand or behind the bar. Inside, you'll see TVs strewn about the space (the outdoor patios have TVs as well). Medicine balls lie between the dining room and kitchen in case you want to mix in some lateral slams with your meal.


Other design notes to check; the use of lockers as a wall or the prevalence of bleached wood to give a softer feel to surfaces. Be sure to take in the hallways towards the restrooms; they're dotted with photographs of any and all things related to sports. Details that are also not to be missed: the table tennis door near the bar, the 12th Man First Aid Kit, and their take on the Notre Dame/Oklahoma saying.


Their goal to tweak the sports bar formula works, and they pull it off with the design. The TVs are recessed and, while prevalent, don't dominate the space. The feeling of sports is all around, but it's more of the through line of the space: sitting in the background; present but not forceful.


Take for instance the hall of pictures. Right alongside pictures of legends like Michael Jordan and Larry Bird will be iconoclasts like John McEnroe or Jesse 'The Body' Ventura, or something different like pictures from Revenge of the Nerds or bodybuilder Arnold Schwarzenegger.


And how many sports bars do you know who have their own farm on site? You might remember in our story on Seattle Urban Farm Company a couple weeks ago, SUFCo founder Colin McCrate mentioned that after the success of the Bastille farm, Qualilty Athletics was next. The vegetables grown up there find their way down into most items on the menu - including the drink list!


The food isn't your typical sports bar fare either. While burgers, chicken fingers, and potato skins have their time and place, the menu (PDF) at Quality Athletics is more refined (!) and similar in philosophy to their sister Westward. On the menu you'll see a Wings section, but in addition to the familiar chicken, you'll see duck wings, skate wings, and salmon wings (salmon collars). There are tacos, but it's a whole-roasted branzino with pickled peppers and pico de gallo that you build yourself. Don't miss the Brussels sprouts; fried and then dressed with a lambrusco vinaigrette and finished with pecorino and saba.


Pioneer Square has been on a streak of late when it comes to restaurants. In the past year and a half, places like Bar Sajor, Pizzeria Gabbiano, Intermezzo Carmine, London Plane, Altstadt, and Radici have opened. Quality Athletics continues this streak of buzzy restaurants, this time with the backdrop of sports.