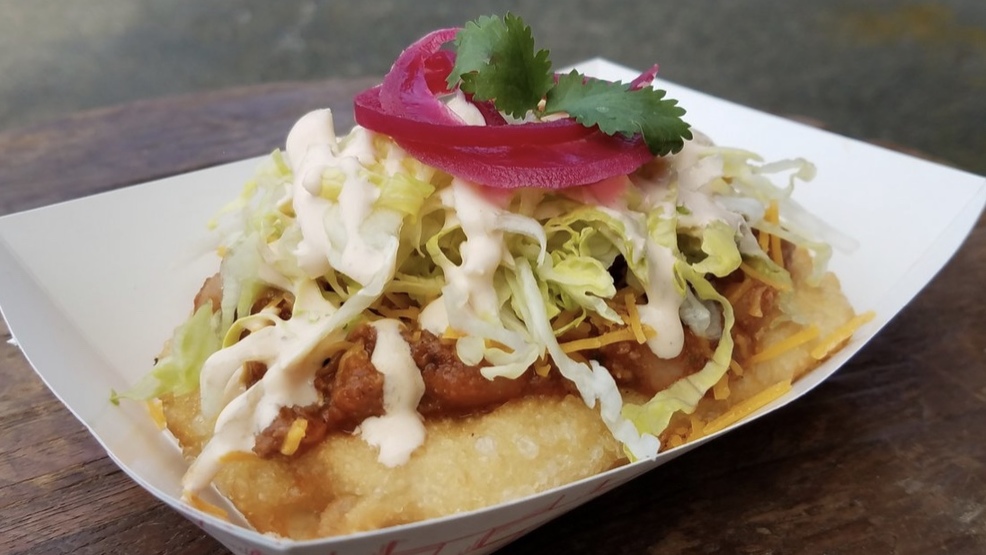 You can now access Seattle’s favorite Native American cuisine food truck, Off the Rez, without having to check where they’re rolling to next. Off the Rez Café opened in the renovated Burke Museum late last year, and the location boasts new menu items like wild rice bowls and braised bison Indian tacos. Oh, and you don’t need admission to the museum to grab a bite!

Off the Rez has been a staple in the Seattle food truck scene for eight years, making a culinary impact and earning plenty of loyal customers. That success is no surprise though, the unique flavor is an immediate hit no matter where they set up shop. But translating the essence of the food truck into the café is something the owners have put plenty of thought into.

“We tried to keep a little flavor of Off the Rez," said Cecilia Rikard, who owns Off the Rez with Mark McConnell. "We tend to have kind of a funky vibe, but we wanted to flow with the museum and their style as well, but also have our own unique warmth to the place too."

Rikard and McConnell have added cherry wood and Native American artwork from local artists to create a warm vibe in the space. They’ve also added a few things to the menu - like beer and breakfast tacos - that boost the café’s welcoming nature.

“It’s been really great, we’ve had a really wonderful response and lots of people coming in and having fun trying out a few of our new menu items,” says Rikard.

The café has something for everyone, so it’s a great stop before or after a museum outing. For something fresh, opt for a sweet potato salad with corn and red peppers, or a kale salad massaged with citrus vinaigrette, paired with feta cheese and roasted beets. You can’t go wrong with any of the Indian tacos, think chicken chile verde, BBQ pulled pork or braised bison, all served on handmade fry bread. For dessert, top your fry bread with a choice of strawberry jam, honey, lemon curd, Nutella or cinnamon-sugar. If you love the food so much that you want it at your next party, Off the Rez also provides catering (and it’s the official caterer for the Burke Museum)!

As business at the café booms, Off the Rez will still operate its ever-popular food truck. Although the best option to track down the wheeled shop is still their Facebook page, the café is open weekdays from 8 a.m. to 6 p.m. and weekends from 10 a.m .to 5 p.m.