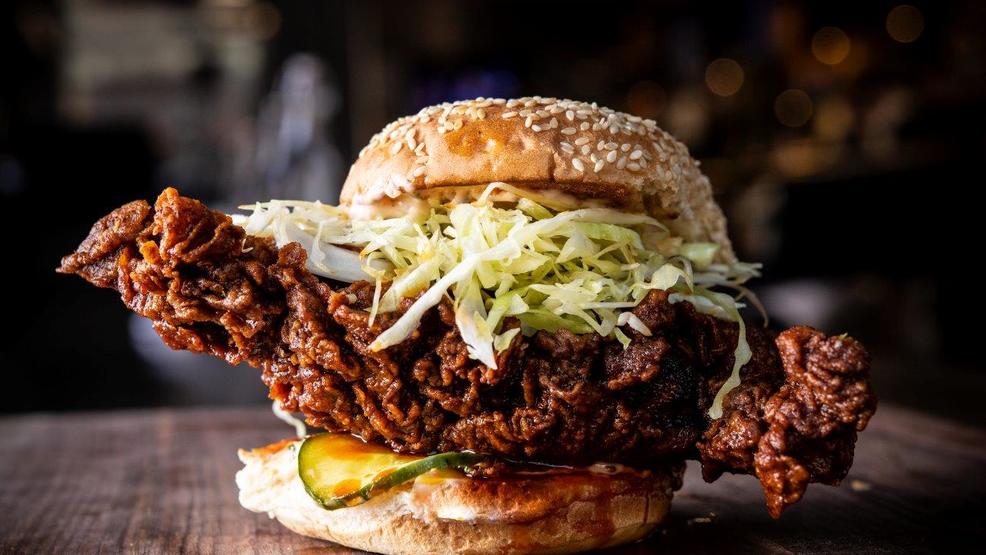 That's what Dave Storm of Odin Star told me, when I stepped aboard one of Seattle's newest food trucks. And he wasn't kidding. Odin Star serves up massive, meaty sandwiches - the kind big enough to whet the appetite of a Norse god, or a Seattleite in search of a belly-filling meal between two slices of bread.

"Lots of times with fine dining restaurants you can go away hungry," said Seth Richardson, chef and owner of Odin Star. "No one is going to go away hungry [when they eat here]."

Richardson has worked in some of the city's top kitchens for more than 15 years.

"I've opened up 18 restaurants, and I thought the 19th should be my own," he said. "[Odin Star] is named after my dad's old fishing boat. He had that when I was born, so that's the namesake. A little homage to him."

Richardson runs Odin Star with the help of a couple friends, like Storm, another veteran of Seattle's restaurant scene. Here they specialize in smoked meats. Think brisket, fried chicken, even andouille sausage.

"I've always loved using smoke as an element," he said. "It's not just smoking the meats, it's smoking the onions and peppers. It's having a smoked element in there. We're going to do eventually a smoked sea salt caramel for sundaes. So there's going to be a little smoked element everywhere across the board, not just in the meats."

That smoky flavor takes centerstage in Richardson's riff on the classic pastrami sandwich.

"Pastrami is one of my favorites - usually it's made with brisket. This one is [made] with pork shoulder," he said. "It's salty. It's got that coriander. Then it's like, what accompanies that? A little stoneground mustard, pickled cabbage and fresno peppers."

The 'pork-strami' earned a big thumbs up from my cameraman, and sandwich aficionado, Ty Huffer. As for me, I taste-tested Odin Star's number one seller.

"The Dave's Way, which is our smoked brisket with provolone cheese wiz, pickled peppers and onions on Grand Central northern rye bread. It's a big fistful of meat and it's delicious," said Richardson.

He wasn't lying. The Dave's Way was a deliciously messy flavor bomb.

So what's the secret at Odin Star? Storm joking told me 'integrity', but quite honestly, he's not wrong. At Odin Star, the team use top-quality ingredients with a chef's eye.

"I've always looked at sandwiches as a composed dish in-between bread," Seth explained. "You've got to get that acid, that fat, that earthiness, and then it's all about textures and playing to that texture. Sandwiches are so versatile. You know, open up a sandwich truck. There's no limit to it."