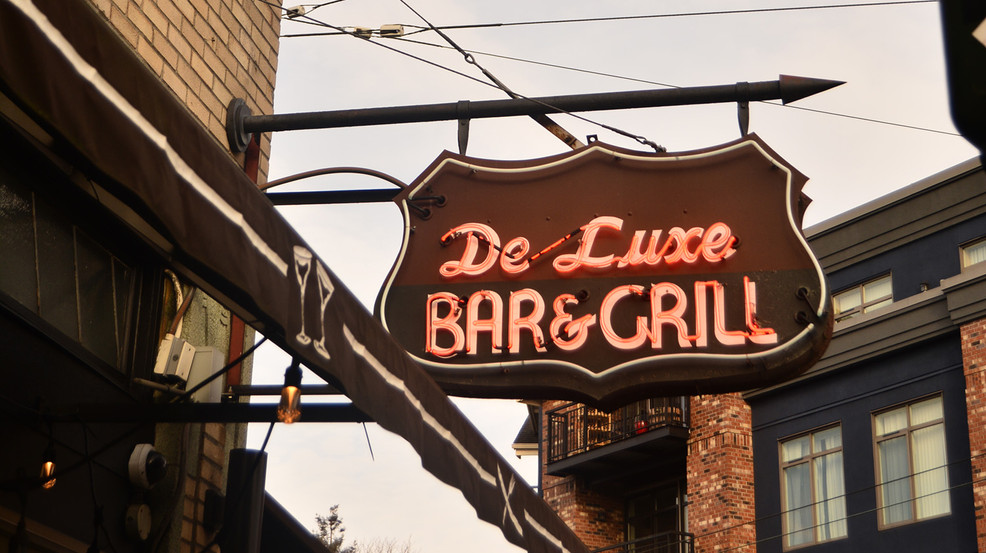 The Deluxe Bar & Grill has been on the corner of Roy and Broadway since 1932. From tavern to established restaurant (not to mention its brief period as an ice cream parlor during the prohibition), this iconic Capitol Hill staple has created its own legacy for more than half a century.

The Deluxe started life as Thomas McClanahan's Beer Parlor and went through very few changes in ownership. Joe Rogel and Bernie Minsk bought the building in April of 1962 and began to expand little by little, putting in a kitchen and growing the space from beer tavern to what it is today.

Barry Rogel and his wife eventually bought the business in 1999 and are the current owners.

Rogel and his wife have continued to expand the Deluxe, and recently underwent a huge remodeling project that included the addition of pool tables, TVs and other fun amenities. The restaurant hosted an opening party in February of 2020 to celebrate the remodel, but then two weeks later, the COVID-19 health crisis hit.

"There was a different climate back then," said Rogel when asked about the initial shutdown. "The weather was nice, and people had, as I remember it, federal money and unemployment money, so we had some semblance of our old business - it felt really good."

"Now with the [second] shutdown, the unknown about when we're going to be able to open again, the weather being cold and people being in a different financial situation, it's really hard," he continued.

To combat these struggles, the Deluxe has been creating a large to-go presence with an online menu as well as limited sidewalk seating.

"You can come in and order anything you want from the bar and do it to-go," said Rogel. "While we keep our quality high, it has been difficult because there is no way you can use a business model that is based on a small percentage of where you were before you closed - it just doesn't make any sense."

While the past year has been a turbulent time for all, the Deluxe Bar & Grill has proven time and time again its importance to the neighborhood, not only historically but as a community gathering place.

"After all these years, what I relish more than anything else is the long history that [the Deluxe Bar & Grill] has," said Rogel when asked about his response to being labeled as a Capitol Hill staple. "We are past our 60th anniversary, and the thing that is the most meaningful is the stories and the people that come into your life over that long period of time, and when you ask me what does it mean for me personally, it's that connection."

"I remember the past, and I am really, really grateful for all the people that have come through in all the years, and then you balance that with being a viable business going forward," he continued. "That's the challenge of the future, and that where I get excited to say that we're still relevant and still here — that's pretty amazing considering the age of this business, and I am very proud of that."