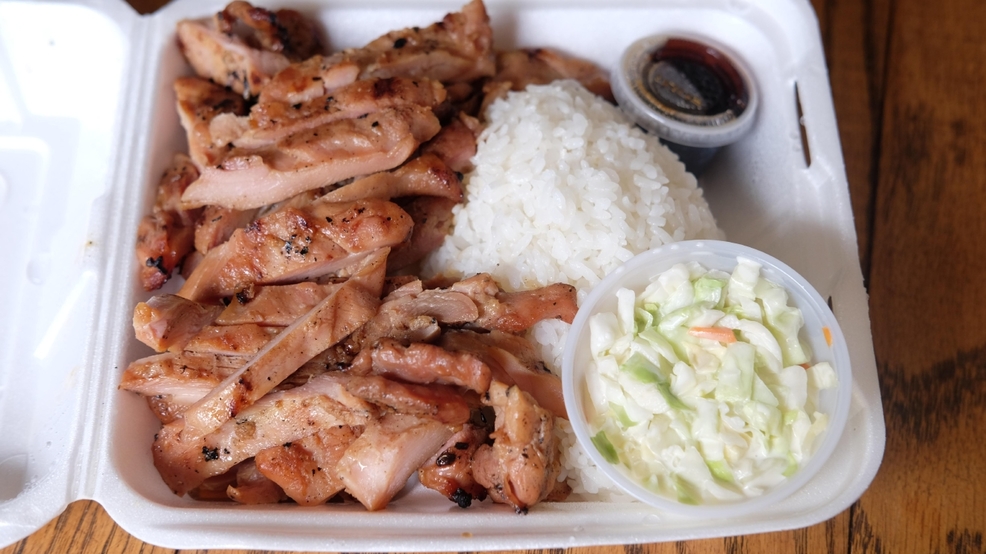 Toshi's has been the godfather of Seattle-style teriyaki since 1976

It seems like no matter where you go in Western Washington you'll find a teriyaki restaurant, but there's only one original, Toshi's Teriyaki Grill.

"It's the best bang for the buck for sure and definitely the best tasting I've had," one customer told me. "The chicken is cooked so perfectly that I keep coming back. I can't stop."

"There's something magical about their sauce - I don't go anywhere [for teriyaki] but Toshi's," added another regular.

Toshi Kasahara is considered by many to be the godfather of Seattle-style teriyaki. He opened the original Toshi's Teriyaki, the city's first teriyaki restaurant, in Lower Queen Anne back in 1976.

"I wanted to have my own business and I wanted to serve an everyday meal," he said. "Simple, tasty and inexpensive. When we started we had chicken pieces on a skewer, a bamboo skewer. We also had beef pieces. [For lunch] we had a combination costing $2.10."

Believe it or not, Seattlites didn't take to teriyaki immediately. According to Kasahara, it took a couple months before the customers started coming in.

"John Hinterberger from the Seattle Times wrote an article about us and the next day business went up 3-4 times," he said. "And it's word of mouth. If people like [the food], people will tell other people."

More than 40 years later, people are still talking about Toshi's. There are a number of Toshi's Teriyaki restaurants around our region but the only one owned and operated by the master himself is in Mill Creek. That's where you'll find Toshi's famous teriyaki sauce, a recipe that hasn't changed at all since he first opened. The sauce is made with soy sauce, sugar, wine, garlic, ginger and some other seasoning he prefers to keep secret.

"I have to always be testing and tasting to make sure [the teriyaki] is good," explained Kasahara. "People ask me if I ever eat. I do eat, all the time, just to make sure they get good teriyaki."

He grills his teriyaki, chicken or beef, to perfection. His secret is temperature control, locking in the flavor, while keeping the meat perfectly juicy.

As long as he can keep serving delicious food for a reasonable price, you'll still find him working behind that grill, because even after all these years he still takes pride in sharing his Seattle-style teriyaki with hungry diners everywhere.

"When people give me compliments, 'it was tasty', 'it was good', that makes me happy. That's why I'm still doing it."