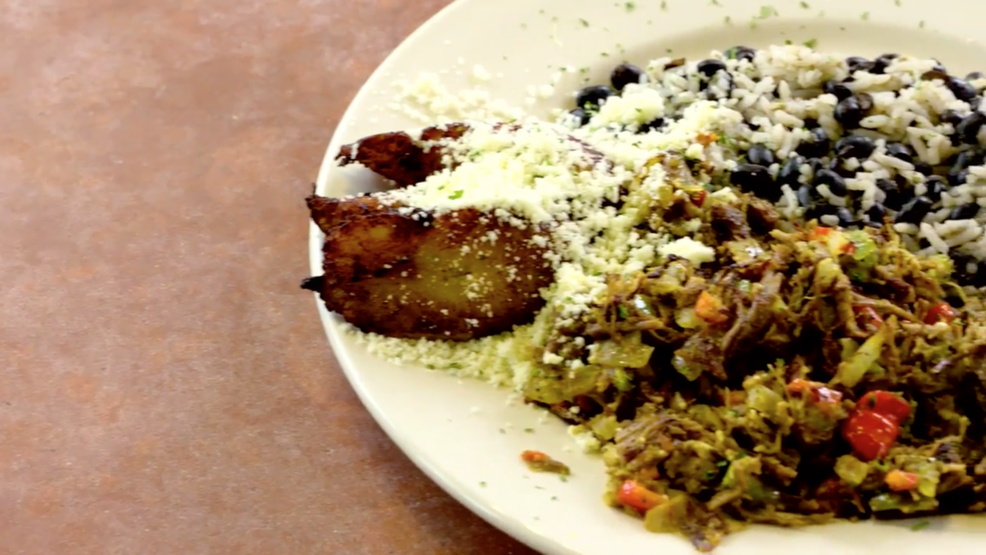 If you've ever visited Seattle's Maple Leaf neighborhood, you've probably seen Mojito, with its brightly painted facade. For nearly 20 years this restaurant has been serving up scrumptious Latin American and Cuban food.

"I love the flavorful food, the atmosphere, everything is just wonderful," one diner told me. "Every time we have guests, family, anyone in town, we always bring them here."

"The guy back there in the kitchen. He is amazing!" added another. "He makes me laugh and every time I'm here I feel like I'm home."

The guy back in the kitchen would be Luam Wersom, who started at Mojito years ago as a dishwasher. Now, he's the chef and owner.

"Mojito is more than a restaurant, it's like a community center," said Werson. "And we do remember our customers and we make them feel at home. They look forward to coming back here because of the way we treat them."

"It's simple Latin American food," he said. "It's something eaten at home on a regular basis - we try to have dishes from Venezuela, Colombia and Cuba."

Everything is made from scratch. A taste of home for folks in the community and visitors to Seattle alike. That's why when Wersom isn't at the restaurant, you'll often find him at T-Mobile Park.

"For every team the Mariners play, I'm responsible for [cooking for] the Latin players and trainers," he said. "It's a unique gig and it keeps me on my toes - I also do UW football too."

Wersom is the first to tell you, the recipes at Mojito were developed with the help of customers and former employees, like the Vaca Frita. It's a traditional Cuban favorite. Shredded beef marinated in lime juice and sautéed with onions, garlic and sweet peppers.

"Vaca Frita started at Mojito through one of my waitresses. She was Cuban and her father was the one who introduced me to the dish," Wersom explained. "He kept bringing me books over and over again until we had this dish on the menu."

There's another house favorite people keeping coming back for.

"The fish. The fish. The Pescado en Guiso," a diner told me excitedly. "It's so flavorful. Very tasty. I'm African originally and we love flavorful food and spicy. That's exactly what I get and I just can't get enough of it.

The Pescado en Guiso is white fish simmered in tomato-based sauce. What's in that sauce?

"There's garlic, tomato, olives, capers, white wine," Wersom told me. But that's as far as he would go. "I can't tell you all the secrets," he added with a wry smile.

The guiso sauce reduces for hours before it's ready for the skillet and eventually the plate. A deliciously massive portion, especially alongside the rice, plantains and Ensalada Mojito.

"I've been here now half my life. My customers are family, and sometimes I forget it's a job. I just can't believe how fast time goes and my satisfaction is seeing empty plates go back into the kitchen. It makes me want to do it over and over again."