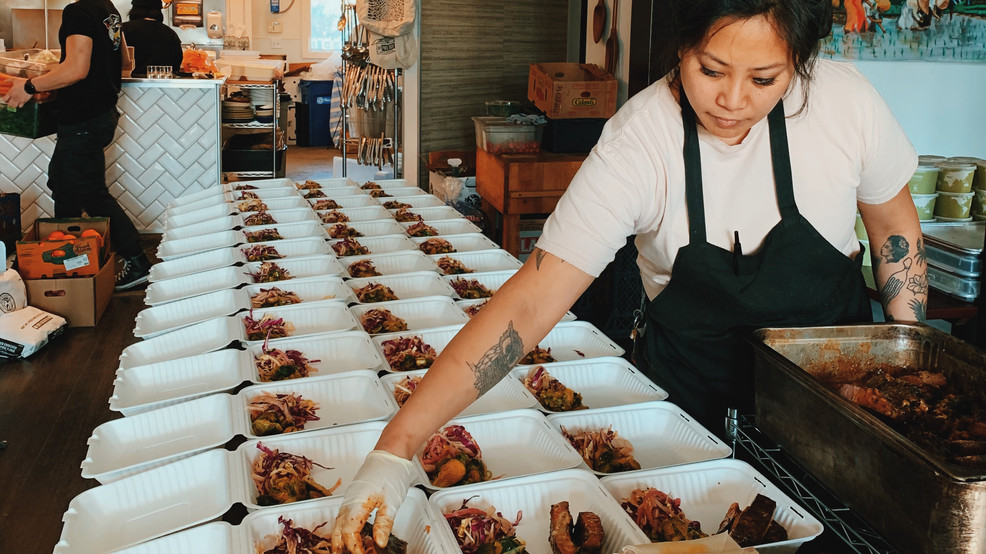 Just off Beacon Avenue, the bustling heart of Beacon Hill, sits an old craftsman house full of character. A house that's now home to one of Seattle's most exciting Filipinx restaurants, Musang.

Musang was born out of Miranda's ultra-popular pop-up series. The restaurant's mission, to bring folks together, to celebrate community, though Miranda admits after working in both Italy and New York City, there was a time when she didn't expect to be cooking Filipino food professionally.

"It's crazy because I came back [to Seattle] with this idea I was going to do Italian food. It was like I spent this time here. I cooked in Italian restaurants in New York, then I got here and I was like 'Well why can't I share the food I grew up with?'" explained Miranda.

Now, Miranda and her team are taking the modern techniques learned in top kitchens and using them to create food that votes the flavors of their childhood. For some who visit Musang, it's their first experience with Filipinx food. For other guests, these dishes are decidedly more personal.

"There's a lot of younger generation Filipinos who are bringing their parents or grandparents here. We just see a lot of riding of this generational gap that has occurred," said Miranda. "We really want people to be able to see their food, that's been plated up so beautifully but yet it evokes that memory of when they grew up."

Many of Miranda's earliest memories of food involve her dad, so perhaps it shouldn't be surprising the restaurant is named after him. Musang. Mustang without the 'T'.

"My dad is a huge influence in why I started cooking Filipino food. When he first came to Seattle he drove a black Mustang. His group of friends they all had nicknames for each other. The 'T' fell off [the Mustang] so he became Musang. Musang in Tagalog means wildcat. During that time my dad had a huge afro and is one of the biggest characters you'll ever meet," Miranda told me.

During "normal times" Musang is a fixture at the restaurant. He still catches some of the fish and squid Miranda features on the menu. But, his greatest gift may just be the values he instilled in his daughter.

"He always taught me you treat everyone with respect, kindness and equality. That's a lot of the vision of why we're here," explained Miranda.

Those values, that vision, were put on full display back in March. The pandemic hit just two months after the restaurant opened its doors. Instead of focusing on trying to save her business, Miranda turned Musang into a community kitchen.

"We knew there were a lot of families who would be reliant on school meals that were no longer accessible," said Miranda. "It was like we have the space. We can't operate as a kitchen, but we can still provide meals for people. We didn't know anything different. There was no question about what we were doing."

Miranda and her sous chef Jonah turned out up to 200 meals a day, six days a week for a month. She partnered with other local restaurant to launch the Seattle Community Kitchen Collective. Even now, as Musang has become a restaurant again, the community kitchen continues.

Looking to support more small businesses like Musang? We're proud to collaborate with Intentionalist, an online guide that makes it easier for you to find/connect with diverse local businesses owned by women, people of color, veterans, members of the LGBTQ community, and people with disabilities.