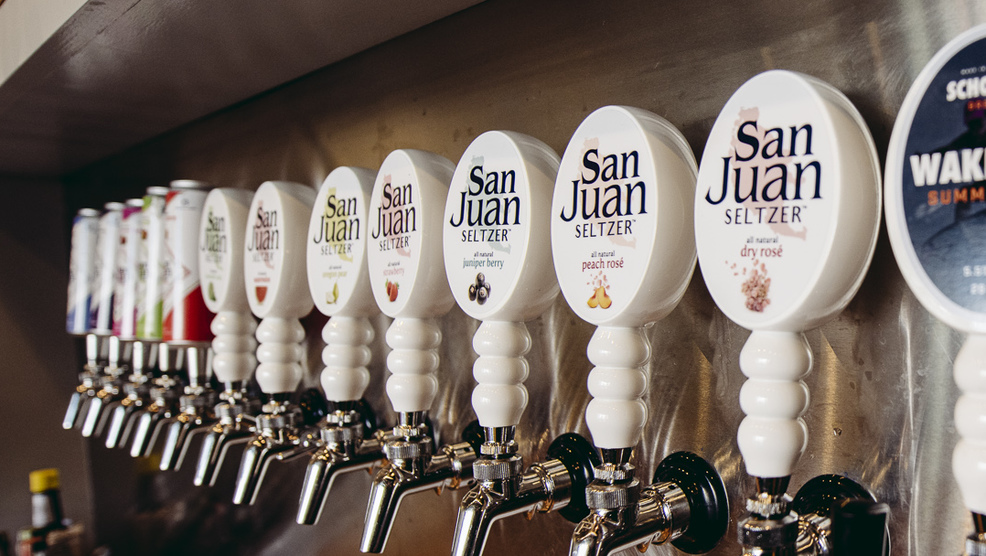 Move over White Claw, Washington has its own hard seltzer

Move over White Claws, no laws and #HotGirlSummer...there's a new hard seltzer in town and turns out, it's local!

You're talking to a hard-core White Claw fan, so when my friend Peaches (her first name is July, middle name Peaches, but we call her Peaches because, ARE YOU KIDDING ME?!) introduced me to San Juan Seltzer, I was a little apprehensive. Here's where she convinced me to make the switch.

For starters, those little cans were only 85 calories and zero carbs in comparison to White Claw's 100 calories and two grams of carbs. For seconders, San Juan Seltzers are LOCAL! Gettin' a keto buzz on while supporting local business is enough to make your heart explode with excitement. Last and most importantly - they taste BOMB. The Fuji Apple is where it's at, okay?

Moreover, San Juan Seltzer just opened a taproom for all you keto babies out there. Opening their doors last Friday, The San Juan Seltzery is located at SoDo Urbanworks and has a light and airy vibe that holds 40 people plus six at the bar. The taproom has televisions for catching the game, a designated play area for kids, a heated patio with seating for 20, as well as a fire pit, and a few Adirondack chairs for relaxing, making the outdoor space welcoming and cozy year round.

They'll also have an adult and kids menu, full of delightful surf and turf items. They'll, of course, serve their seltzers, cocktails, wines and some beers. It's going to be a kick in the pants, kids!