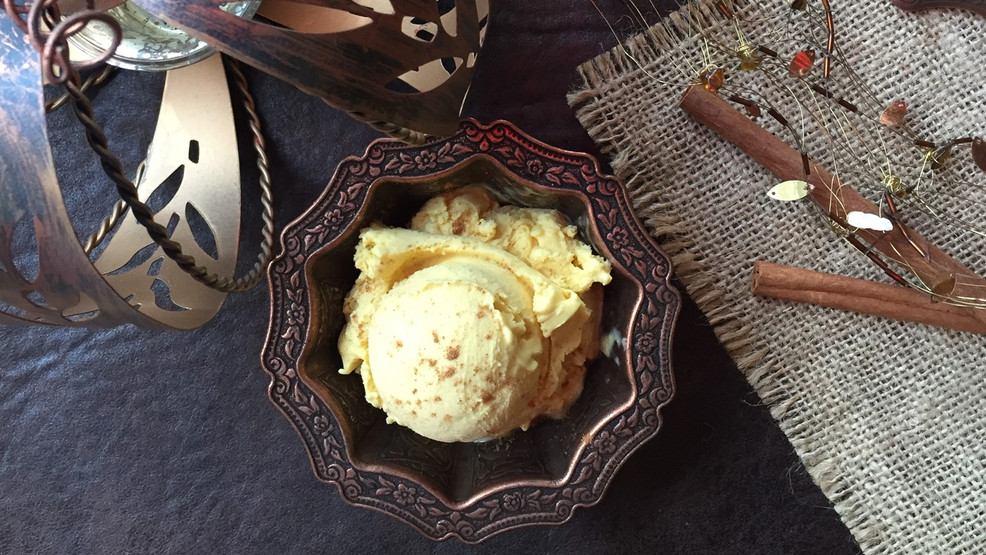 Gelato fanatics will feel at home at Medzo Cafe in Burien

"Our purpose is bigger than the profit," said Jennifer and Fareed Al-Abboud of Medzo Gelato Bar in Burien, a sentiment that speaks both to their philosophy on business and gelato.

Artisans at heart, their gelato is a labor of love, made one pan at a time. Their flavors span the Mediterranean, hence the name Medzo, short for Mediterranean Zone. You'll find classics like hazelnut and chocolate, but also inventive flavors like raspberry balsamic and rose.

Before entering the gelato business, the two did their homework — after all, they were teachers both locally and abroad. Their research took them all over, from Los Angeles to Philadelphia, studying technique and learning how to use and source the proper equipment. Of course, they also made a stop in Italy to see how the masters work. They visited gelato expos and completed an intensive training program at the Carpigiani Gelato University in Bologna, where their teacher was the former pastry chef to Pope Benedict.

Their lessons cemented their commitment to the craft. It also drew some ire from the Italians.

"We were branded with the label 'fanatics,' as a derogatory word," said Jennifer. "They were rolling their eyes at us because we wanted to keep everything all-natural."

Despite Italians being the arbiters of artisanal cuisine, the country is also a major tourist destination, so a lot of Italian gelato makers in the big cities take shortcuts to produce in volume. But Jennifer and Fareed had their own mind.

"We happily embraced [the label] and incorporated it into our brand. We're proud fanatics," said Jennifer.

Back in the U.S., that fanaticism meant using organic, local milk from Fresh Breeze Dairy in Lyden, WA, and importing the best pistachios from Italy. The two also source from other local mom and pop businesses for their flavors, such as baklava from Turkish Delight in Pike Place Market and raspberry balsamic vinegar from the Oilerie down the street in Burien. Crafting in such small batches also meant not selling their product by the quart and accepting that flavors would regularly run out.

Despite many offers to scale up or franchise, the duo remains small and won't compromise on craft for profit.

"We will never get rich off of this because we have never been willing to expand to a level that would compromise what makes us special," said Jennifer.

Their commitment to staying small is a rare mentality today, where many see bigger as better, aspiring to a Starbucks level of outposts. Their dream is more pedagogical; they want to create a gelato apprenticeship program, where (not unlike the Renaissance masters in Italy that trained the next generation to paint or sculpt), they wish to pass on the craft, expanding by way of teaching and not size.

You'll have to wait to sample their gelato; however, due to COVID-19, the pair have decided to hit pause until it is safer to operate their business. Being owner-operators, their business is their household income. It's their retirement savings. They've experienced the many hoops to jump through in applying for government assistance and have risked getting sick to stay open and operating.

The pair have been vocal about their struggles as a business of such small size. They spoke to state and city officials and Seattle Restaurants United to address the lack of support they and other independent, owner-operated businesses have received. They've joined others in calling for rent relief and have also advocated for legal assistance to help navigate applications and lease agreements. Just like their small-batch gelato, small businesses don't have the shortcuts in their recipes to weathering the pandemic as the big guys do.

The pandemic has only confirmed Jennifer and Fareed's belief in working on small scales. What they provide in Olde Burien is a taste of Rome in your backyard with gelato made intentionally and with respect to tradition - something that couldn't be replicated just anywhere.

Want to support more small businesses like Medzo? We're proud to collaborate with Intentionalist, an online guide that makes it easier for you to find/connect with diverse local businesses owned by women, people of color, veterans, members of the LGBTQ community, and people with disabilities.