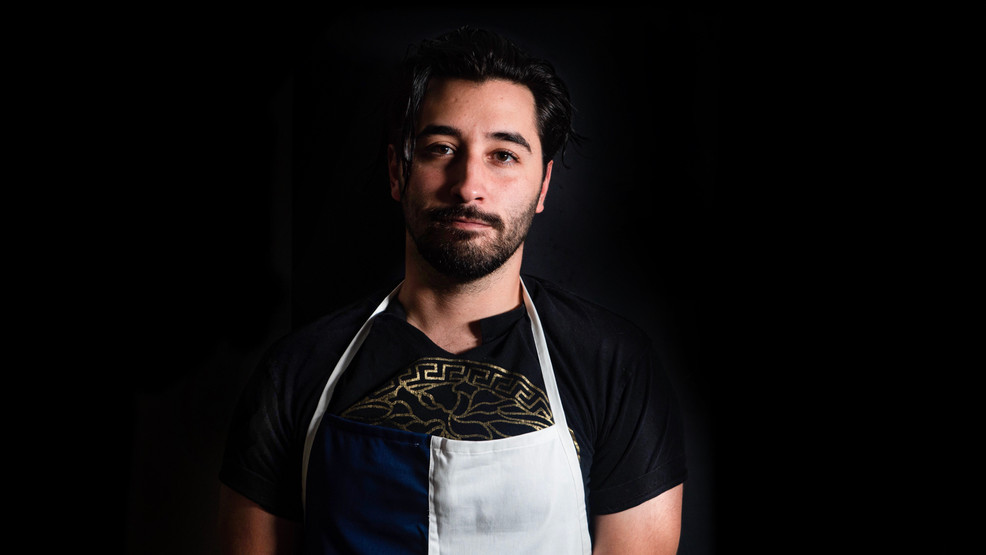 Matt Broussard has had a TikTok since it was known as Musical.ly - but didn't start posting videos regularly until about two months ago.

It only took a month for him to gain around 1.7 million followers (nbd), and, right now, the 28-year-old chef has more than 3.8 million!

"One day, I posted a video of cutting an onion and people really liked that," said Broussard, noting he never expected to gain this much attention from the app. He's been known for his food videos on Instagram and YouTube way before TikTok was ever a thing. You may have heard of his social media handle, @acooknamedmatt.

His TikTok is full of beautifully shot food videos, simple but mesmerizing — whether he's replicating a Chipotle burrito bowl with $200 ingredients or chopping ice blocks with a knife. You can tell he puts time and effort into creating his content, and that's evident in the way his followers interact with him.

It's for these reasons, among others, he has been chosen as one of the first recipients of the new TikTok Creator Fund, which aims to fund thousands of creators and is expected to grow to $1 billion over the next three years. A press release from Vanessa Pappas, the general manager of TikTok U.S., said the fund was created to reward the passion and creativity of creators who work hard to grow their accounts, connect with their audience and produce content.

And Broussard is in great company, other creators chosen include beauty and makeup enthusiast Avani Gregg, Brittany Tomlinson — you may have heard or seen her iconic Kombucha Girl viral video in some capacity — and all-around video producer sensation David Dobrik.

"Matt Broussard is a Seattle Zagat 30 under 30-awarded chef who shares his passion for cooking through his video creation and pop up dinners," said Pappas in the release. "Matt educates people on how to make his favorite recipes in addition to showing off his impressive knife-cutting skills."

While Broussard's page is full of different kinds of videos, he said his favorite to create are the ones where he is simply cooking — and he said he's looking forward to when he can come back to Seattle to continue doing it. He moved to Spokane two months ago to produce cooking videos for Spiceology, a company that sells spices and herbs. Before that (and pre-COVID), he was a Tournant at all 15 of Tom Douglas' restaurants.

Making cooking videos has been something he's done since high school.

"I tried making cooking videos on my iPod touch but didn't get fully into until I moved to Seattle," Broussard said, and it's been a gradual evolution from there.

Broussard said he doesn't know much about the TikTok Creator Fund yet — whether he will earn enough to buy a burger or make a living — but his goal is clear. He wants to make cooking videos full-time from his kitchen, and maybe a restaurant in the future? But regardless of where his path takes him, you can bet Broussard will always find a way to involve some flakey salt.