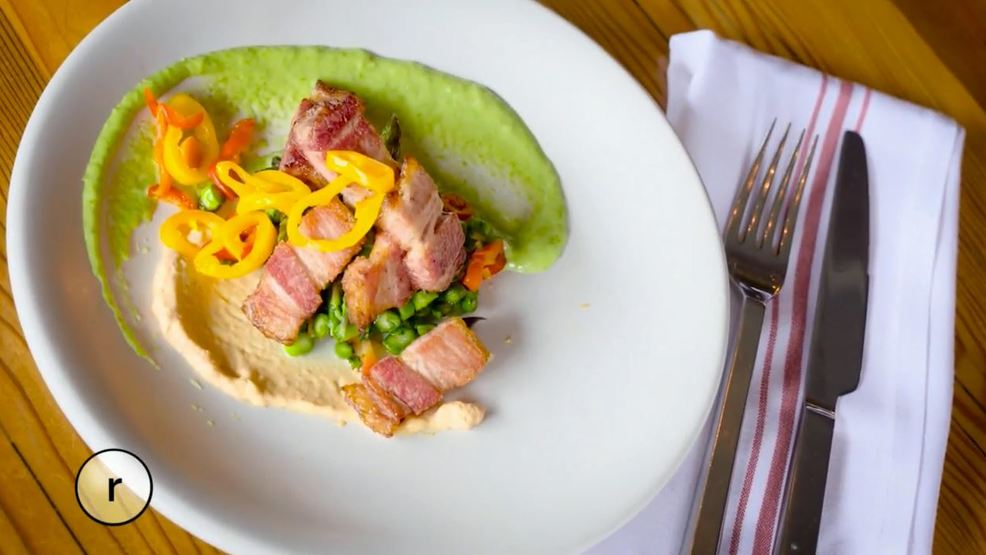 This weekend, eat ALL THE FOOD in Tacoma

Tacoma has a reputation as a meat and potatoes, blue collar kind of town. But you might be surprised to learn they have a growing restaurant scene which will be out in full force this weekend at South Sound Bites, part of the popular Taste of Tacoma Festival this weekend, June 23rd - 25th at Point Defiance Park.

South Sound Bites is a brand new part of the Festival where - for one set price - attendees can get five mini-entrees from some local, Tacoman (?) restaurants. And proceeds go to the Emergency Food Network sooooo talk about a tasty way to do something good for the community!

We stopped by three participating restaurants to get a sneak peak (or sneak taste) of some of the food.

First stop, The Table -a contemporary American bistro located in Tacoma's 6th Avenue District. They'll be serving up a Corned Pork Butt with Poblano Cream, Corn Salsa, Peppers and Greens. If you love pork, (and who doesn't?) you won't want to miss this dish.

Next up, Blazing Onion with their South Sound Bites dish -a Habanero Slider. This little burger packs a spicy punch, with a roasted habanero pepper crowning the top bun.

Finally, we headed over to Casco Antiguo, which just opened up on Dock Street in May. They're bringing an incredible dish called an Infladita, a puffed up tortilla stuffed with a tender Lamb Barbacoa.

You can check out the entire menu of South Sound Bites here.