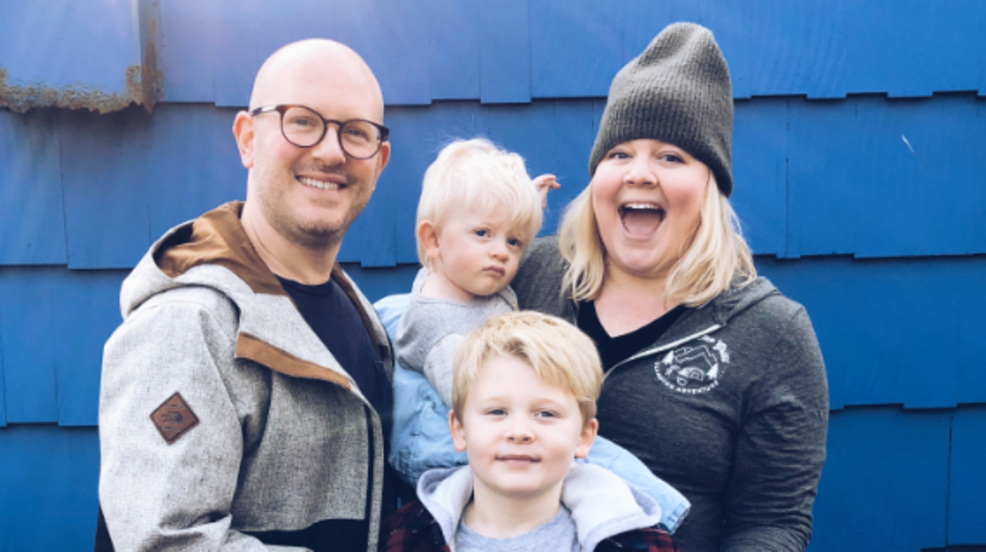 Danielle Kartes is all about love, laughter and food. The wife and mother of two is also at the top of her cooking game. Not only does she have a successful book, but she recently was on the national stage after appearing on The Kelly Clarkson Show. (Photo: Danielle Kartes)
SEE MORE

Local mom appears on 'The Kelly Clarkson Show', and finds the real joy of cooking

Danielle Kartes is all about love, laughter and food. The wife and mother of two is also at the top of her cooking game, with a successful cookbook, another on the way, and appearances on national television (most recently "The Kelly Clarkson Show").

But Kartes journey hasn't always been easy, which is one of the reasons she's sharing her story in her newest cookbook, "Rustic Joyful Food: My Heart's Table".

"I realized letting people know what I've been through was what I was meant to do," she said. "I think we are meant to share who we are, because it helps people. And we are really only here to help people, I firmly believe that."

Kartes once had a successful Tacoma restaurant, but it closed after a complicated pregnancy demanded bedrest.

"You can't run a restaurant with 15 employees from bed, I tried!" she said. "It took nine months for us to go from the top of the world, to the bottom of the gully. We were broke, lost our home and I completely swore off cooking. It almost destroyed my family."

But then something unexpected happened.

"A friend of mine called and said they needed a food stylist," Kartes said, "I'm not a food stylist, but I ended up making the food and it made the cover of South Sound Magazine. From there, other food companies started calling and then I became a food stylist."

Fast forward a few years, Kartes' passion for cooking came back and she decided to share her personal story and her amazing recipes in her book.

But that was just the tip of the iceberg!

Thanks to her infectious personality and laugh, Kartes has made several TV appearances on "The Rachael Ray Show", "The Kelly Clarkson Show" and even mingled with Oprah at an event.

But through it all, she will never forget where she came from. Her advice? Be happy.

"I want people to know that life is good right now," Kartes said, "It's good now because we are alive and because we have breath in our lungs and we have purpose."

Danielle Kartes has some AMAZING recipes in her book "Rustic Joyful Food: My Heart's Table". To find out where to get a copy, just head to her website www.rusticjoyfulfood.com