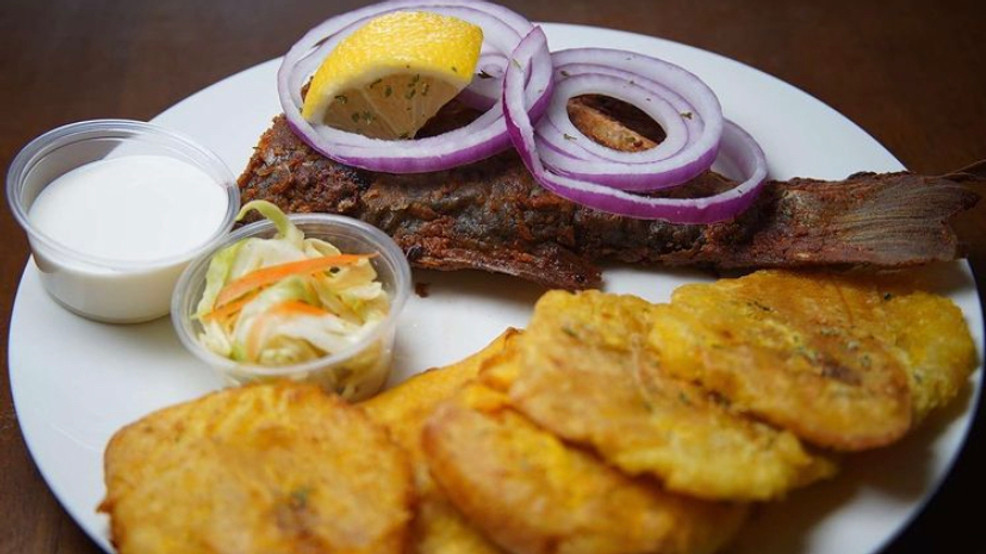 You might not be familiar with Haitian cuisine, but in Seattle, we are lucky to have Jusmaine Maitre (nicknamed Juju) as a culinary guide to Haitian food with her new business, Juju's Caribbean Kitchen. At 26, she launched the state's only Haitian catering business, in the middle of a pandemic, no less.

Working out of a commissary kitchen in Tukwila, she offers a rotating menu every Friday and Saturday, as well as every other Monday — a limited schedule as she still holds a day job as a dental assistant. The goal for her business is simple.

"I want to introduce Haitian culture to non-Haitians and give Haitians here a taste of home," said Maitre.

Maitre moved to Washington from the Caribbean, where she found few Haitian restaurants in the region. She also didn't have family here but did have her mother's recipes, which became the basis of her menu. The food Maitre cooks is Haitian Creole, a cuisine born from several cultural influences on Haiti, including African, French, indigenous Taíno, Spanish, and Arab cuisines.

Her menu includes many of the cornerstone dishes in Haiti, from Griot (pronounced gree-oh), citrus-marinated and then fried pork shoulder that is considered the national dish of the island, to tassot, a crispy fried goat dish.

She serves these dishes with Djon Djon rice (Haitian-style rice and beans), fried plantains, and Pikliz, a spicy pickled cabbage condiment laced with scotch bonnets. The combination of citrus and chile echoes throughout many of her dishes, adding brightness to her Fritay or fried foods, like her whole fried fish and Haitian-style fried chicken.

Another menu gem is the Legume, a traditional vegetable stew. Her rendition includes a rainbow of vegetables: eggplant, papaya, chayote, carrot, cabbage and spinach, with the option to have it with beef and goat or seafood. The menu also includes spaghetti.

"Haitians normally eat spaghetti for breakfast, but they make it a little differently. They use tomato paste and hotdogs; serve it with a boiled egg on the side or a banana," said Maitre.

It might not be the spaghetti you're used to in Seattle, but it is beloved in Haiti and likely the result of American foods like hotdogs and pasta products being introduced to the island during U.S. occupation.

While Maitre learned to cook from her mother, she learned about running a restaurant through the industry. Her first job in high school was in a Chinese restaurant in the Virgin Islands, and from there, she would go on to work nearly every position in a restaurant, from server to bartender, food prep to manager. She took a detour from food to become a dental assistant but was furloughed at the beginning of the pandemic and decided to use the time on her hands to pursue her dream of opening her own restaurant.

The project began with just making food for friends. Then posts of her food on Instagram started to elicit comments about where people could order what they were seeing. That was enough encouragement for her to find space at a commissary kitchen.

Currently, she is doing only takeout by pre-order, but she aims to have her own brick and mortar someday. In the meantime, she is taking culinary management classes and hosting pop-ups to spread the word about her food, hoping that soon everyone will be familiar with the dishes of her home country.

Want to support more small businesses like Juju's? We're proud to collaborate with Intentionalist, an online guide that makes it easier for you to find/connect with diverse local businesses owned by women, people of color, veterans, members of the LGBTQ community, and people with disabilities.