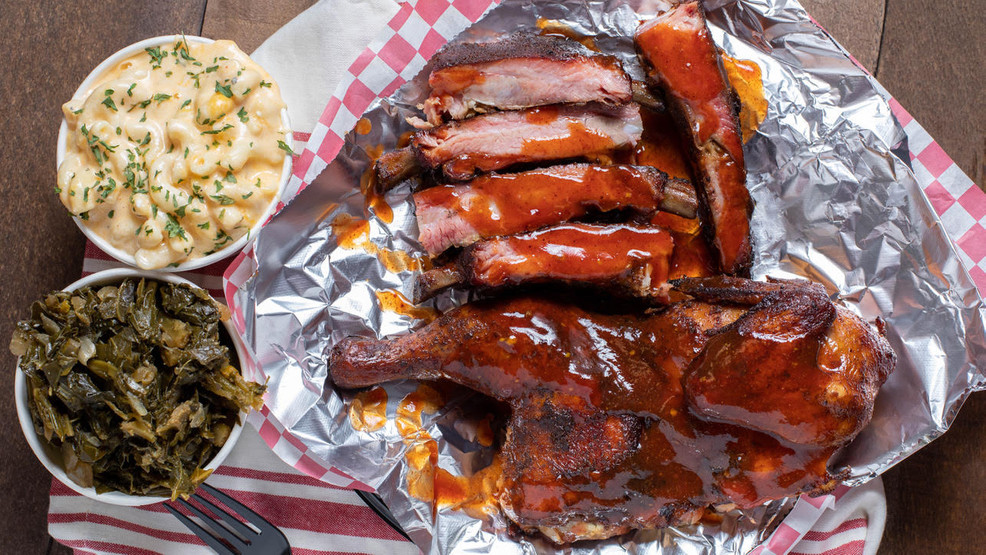 The best barbecue is undoubtedly found in the American south, usually alongside stellar biscuits and gravy, chicken and dumplings, pecan pie and maybe even a jug of moonshine or glass of sweet tea.

Andreque Jones, owner of Jones Original Barbecue in West Seattle, brings his family’s southern roots to the meat smoker to serve up some of the tastiest BBQ right here in our city.

“My dad and grandfather started barbequing back in Arkansas, where they're originally from,” said Jones. “They would cook for family and friends, and parties. I was born and raised here in Seattle. In 1989, my father, who is a retired Seattle firefighter lieutenant, opened John's Barbeque over in Rainier Valley. I was in junior high school and would work for him. I’ve been barbequing ever since.”

Jones enjoys the challenge of smoking the meat and ensuring its perfection. When he removes the meat from the bones, it’s tender and moist. He takes pride in his work and the end results pay off.

“The biggest challenge is making sure all the ingredients going into the sauce are perfect," he said. "Everybody loves the sauce, so perfection and consistency is important. The most enjoyable part of this work is people saying it's the best barbecue they've ever had. I love when people enjoy my food.”

Customers, many of which are regulars, are seen lined up out the door at lunchtime. In the evenings, delicious smells waft out the front entrance as diners hope to snag what’s left of Jones’ creations before they sell out.

“We're an all family-owned business started by my grandfather, then my dad and I carried on the tradition,” said Jones. “We really care about the community and bringing the best barbecue we can to our customers. We offer good old’ Southern hospitality, mixed with Seattle hospitality, giving our customers an authentic experience when they come into the restaurant.”

In addition to feeding many of Seattle’s local celebrities and professional athletes, there’s one celebrity Jones would still like to cook for.

“If I could choose one person to cook for I think it would be Oprah,” he said. “I would make her beef brisket, mac and cheese, ribs and baked beans with the medium sauce. It’s a little spicy but not too hot.”

So, if you get a hankering for some down home barbeque, be sure and check out Jones Original Barbeque in West Seattle. After all, it’s not just for those with roots in the South. In fact, anthropologists think barbequed meat predates Homo Sapiens all together. This means cooking over flames is in our DNA!

Jones Original Barbeque is located at 4417 Fauntleroy Way in West Seattle. Looking to support other diverse local businesses like Jones'? Seattle Refined is proud to collaborate with Intentionalist, an online guide that makes it easier for you to find and connect with diverse local businesses owned by women, people of color, veterans, members of the LGBTQ community, and people with disabilities.