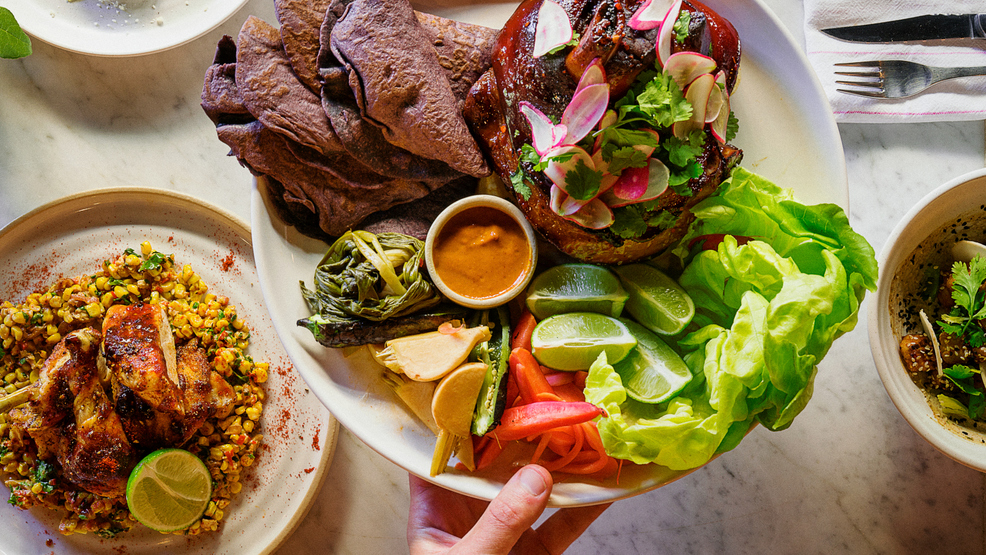 Growing up on his family's pear and cherry farm, Chef David Nichols spent many sweltering Central Washington summer days helping with the harvest.

"It's a very hard difficult industry, but some of my fondest memories of eating and cooking were after getting down with harvest. Sitting down with everybody under trees or finding shade and eating pozole or tacos. It just brought people together," Nichols told me.

Now, Nichols is bringing that same communal, family feel to Eight Row, his new hot spot in the heart of Greenlake. The restaurant's name refers to the size of a large cherry, while the menu is influenced by the seasons and culture of Central Washington.

"The biggest thing is highlighting the freshness of ingredients. I think that's a huge, key part of what we're trying to do at Eight Row. And working with small local farms," explained Nichols. "A lot of our cuisine centralizes around Central and South America as well. Being that we grew up in Central Washington, a lot of people working the fields came from that area of the world, so I grew up eating (those dishes). The spices and acidity from those flavors from around the world."

David began his culinary career in New York, working extensively with restaurateur and TV personality Marc Murphy, but he always dreamed of returning home to open a restaurant with his brother. That dream is now a reality.

"The whole focal point of this (restaurant) is family. We have a lot of family traditions within our recipes, like using my great grandfather's 90-year-old sourdough starter. Bringing that in and also showcasing where we came from and the people who helped cultivate us," Nichols told me.

The food at Eight Row is a showcase of those traditions and Nichols' culinary talent. The braised lamb shoulder is a house favorite, served family style with house made tortillas, seasonal pickles and hot sauce. The whole trout is another standout, perfectly grilled and served alongside grilled chicory, carrots and a preserved orange and almond vinaigrette. Nichols expects to change the menu frequently to reflect the seasons, but the atmosphere at Eight Row will remain the same, warm and vibrant, no matter when you visit.

"I want people, when they're walking into this place, to (feel like it's) their home almost. I want people to feel a sense of comfort and familiarity."