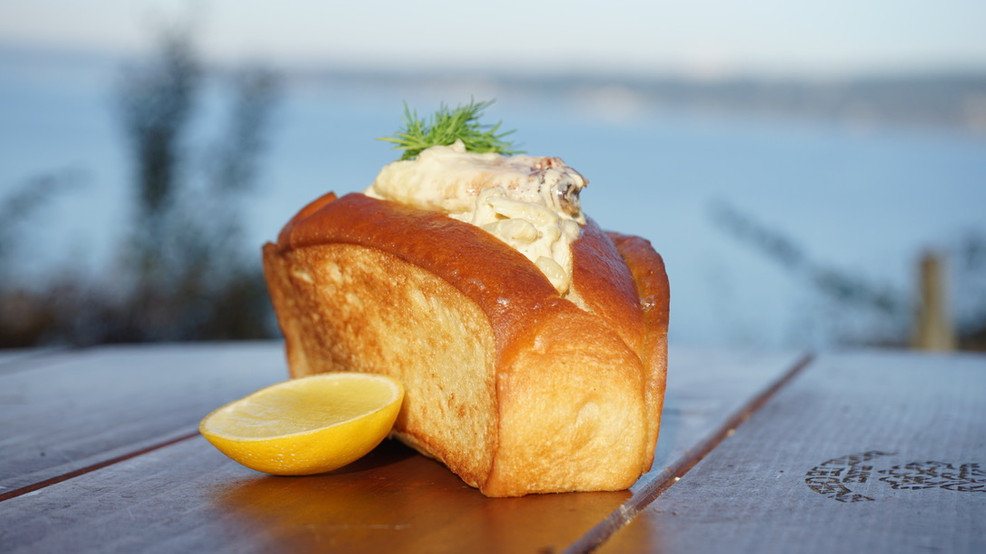 The Pacific Northwest is home to some of the best seafood in the world. So it's no surprise, at Local Tide chef and owner Victor Steinbrueck is letting Seattle's local seafood shine. He's serving up a real taste of the Pacific Northwest between two slices of bread.

"My goal was to put thought, time and effort into the preparation of the seafood and make sure that it's highlighted appropriately and cooked well, but then offer it in a familiar way" explained Steinbrueck.

The sandwich may be approachable, but Steinbrueck and his team put some serious intent about how they prepare pretty much everything. One shining example? Local Tide's signature crab roll, made with hand-cracked Dungeness crab meat. Hand-cracking each crab is a seriously time consuming process, but Steinbrueck calls it a labor of love.

"You want to offer people good food. You want people to go 'Wow, I can taste that extra bit they put into it'," he explained. "And it's what I grew up eating. I didn't eat crab from a can. I ate crab that was cooked and cracked in front of me. So, it just made sense."

The crab roll was the first thing on the menu when Steinbrueck launched the Local Tide pop-up at Pike Place Market. If you know your Seattle history, you know the Steinbrueck name is somewhat synonymous with the Market itself.

"My grandfather, same name as me, was an architect and political activist here in the city. He played a big role in saving Pike Place Market from being torn down in the 1970s, which is really awesome because Pike Place is now the heart of the city," said Steinbrueck. "It's really neat to be able to say my grandfather did that, and share his name."

Steinbrueck considered opening Local Tide's brick-and-mortar location in Pike Place Market, but ultimately the location in a building shared by Revel and Aslan Brewing proved to be the perfect fit.

"I talk all the time about wanting customers to come in and feel like it's their home. The open kitchen is kind of like the kitchen in your mom's house. You can come in and see people cooking. It's warm. You can interact with customers and have a conversation over food. I think that's a really cool thing," he said.

The food certainly has people talking, especially that crab roll. It all starts with a generous amount of the fresh Dungeness crab meat, lightly mixed with house made mayo and fresh lemon juice. The mixture is delicately placed in a Macrina Bakery roll and topped with chives.

The crab roll is available Friday through Sunday. Steinbrueck and his team only make 30 of them per day to ensure quality remains high, which means if you want to get your hands on one, you should plan on stopping by Local Tide early.

"We've had a line every day we've had [the crab roll] on the menu. We've had a line before we opened to come and get it. I had no idea. It was just something I wanted to offer. To see people react the way they have has been really neat for me," said Steinbrueck. "I mean [the customers] get it. You can taste the difference."