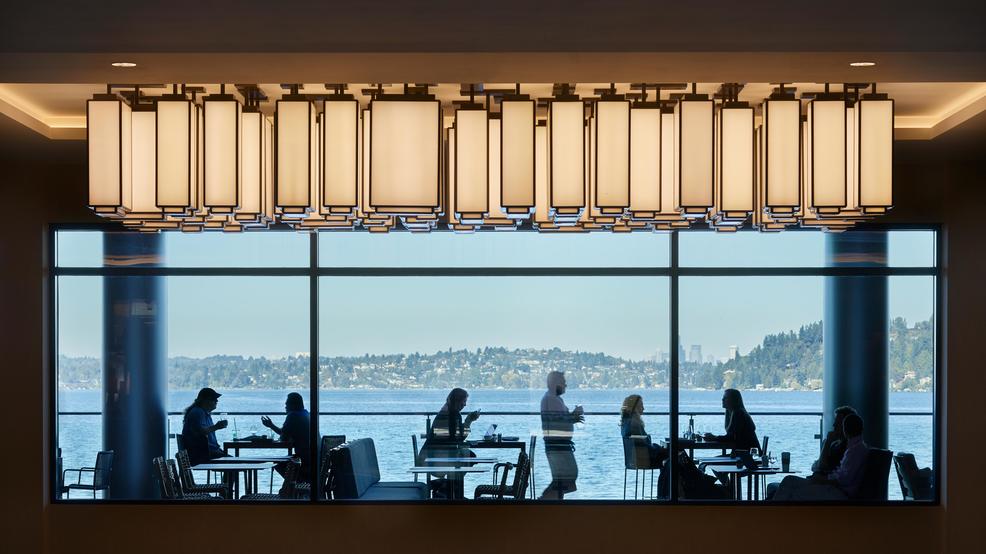 I had the best ribeye of my life in Renton. Yes, Renton

Once upon a time, Seattleite's sneered at Renton.

Once upon a time, if you were a hotel restaurant - you weren't considered fine dining.

Well it's 2018 folks - and all those sneering Seattleite's probably live in Renton now, and I just had the best ribeye of my life at a hotel restaurant.

Water's Table is a gem tucked on the very southernmost tip of Lake Washington, inside the Hyatt Regency Lake Washington. The name makes sense - your table is literally on the water.

I went for a press dinner, not knowing what to expect. First off, I live in north Seattle so it was a trek. Our reservations were for 7 p.m., and we were still a bit late after leaving Seattle at 6 p.m. But as soon as we walked in to see the view, I had forgotten the traffic.

When being hosted by a restaurant, I usually try to only order what the server and restaurant manager recommend. I don't want to be that girl who gets the plain pasta at a place known for salmon! And in this case, our server Hugo could not speak high enough of the Tomahawk Ribeye, with a side of Vegetable Fried Rice. He was literally drooling as he said it.

Rough-sounding, right? So I acquiesced. I was kind of assuming the #1 dish would be something from the sea - we were directly on the water, after all - but the ribeye (cooked medium rare), was honestly the best I've ever tasted. A nice soy citrus glaze, grilled asparagus and black garlic Yukon mash potatoes had me filled up within a couple bites, and made for the perfect next day lunch.

Long story slightly shorter, I was blown away by the service, food and especially the views at Water's Table. If you live in Seattle it is a trek, but in this satisfied customer's opinion - it's worth it!