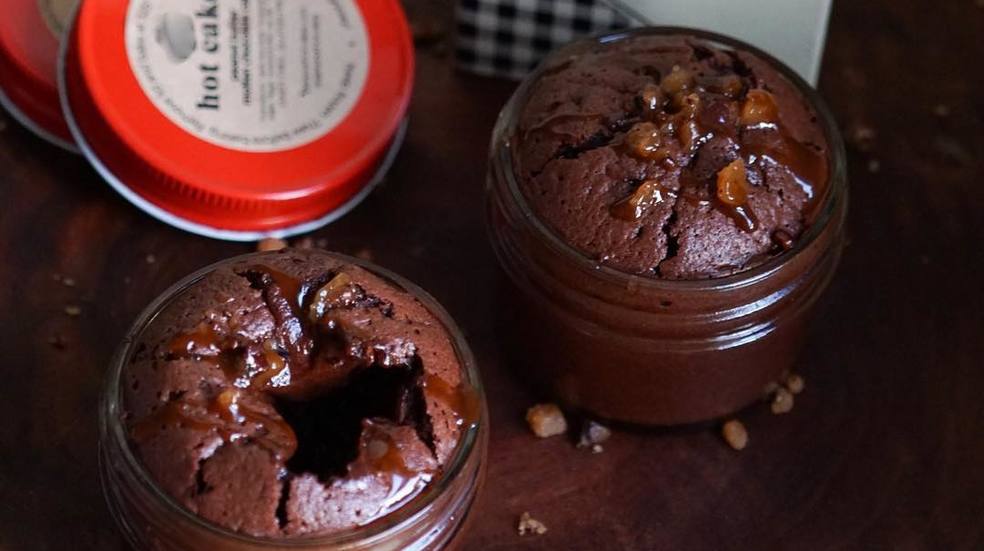 Let Them Eat [Hot] Cake: Autumn Martin is making Seattle sweeter, one bite at a time

Since 1858, mason jars have been a must-have for preserving fresh fruit, veggies and more.

Fast forward to 2008, 150 years after their invention. That's when the queen of sweet treats, Chef Autumn Martin, realized mason jars take the cake.

Literally. She got the idea to put her cakes inside mason jars while doing a catering event on a farm.

"I wanted to do something very country and cute," she said.

And as it turned out, baking in a mason jar was a piece of cake - and partygoers were hungry for more.

"I think there were twelve people at the event and three of them placed an order that night," said Martin. "People were so stoked. It was really awesome and I was like 'Hmm, I wonder if I could do this full time?"

She started selling her take-n-bake cakes on weekends at the Ballard Farmer's Market. The batter was frozen, people would take them home and pop them in the oven.

"The first molten chocolate cake I made was the dark decadence," she said. "Which is the most popular molten cake that we sell to this day."

... cleverly packaged in a mason jar, of course.

"Mason jars are super nostalgic," said Martin. "[But] they're very recyclable! You can also reuse a mason jar for years."

Soon, Martin expanded the biz with a Hot Cakes Dessert and Cocktail Bar on Ballard, and Capitol Hill.

There are so many mouth-watering desserts, and s'mores are a specialty.

"S'mores is kind of our thing!" said Martin. "So I grew up here in the Pacific Northwest and love the outdoors - love camping, and I've been smoking chocolate for like 15 years now. We love the smoked chocolate flavor because it kind of brings in the flavor of wood, and like - the feeling of being outside in the wilderness."

They believe in giving back - donating a portion of their sales to local nonprofits dedicated to protecting wild lands.

And if you can't make it in, there are take-n-bake flavors available to order online1 But back to the cake that started it all.

Autumn Martin is making the world a sweeter place, one bite at a time.

"To me dessert is all about bringing people together and celebrating and creating memories," she smiled.