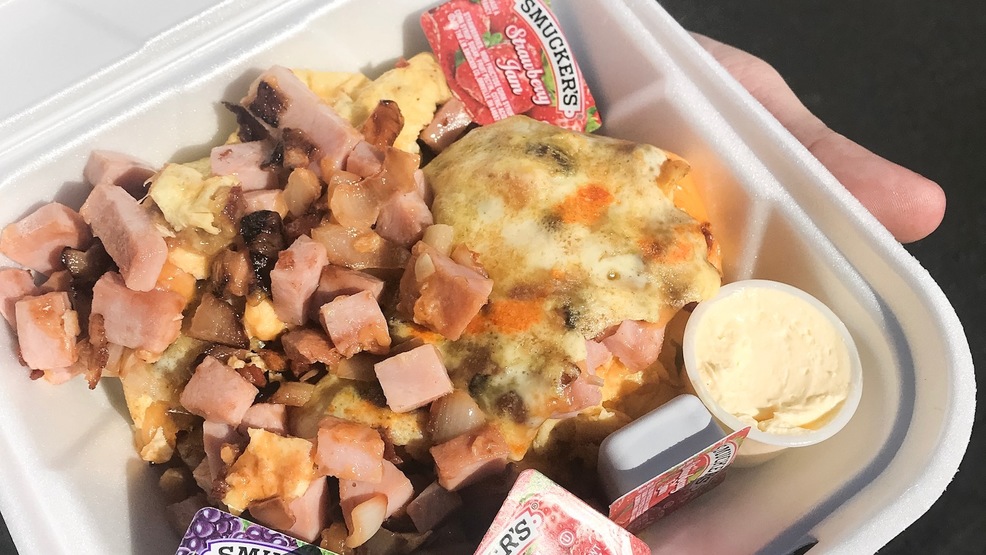 Many think of it as a suburb of Portland seeing that it is right across the river, and, in some ways it is a part of PDX, but don’t be fooled - Vancouver is a destination all its own.

Take the giant omelettes at Carol’s Corner Cafe for example. Those are worth showing up for.

I could rave about everything on Carol’s menu, and I’ll share about my favorite sweet treat shortly, but first, the omelettes.

Ya’ll my husband is 6’2” and looks like a football player. Without purposefully forcing him into the football player stereotype, let’s just say that the man can eat. When we go to Carol’s we SHARE an omelette AND we have leftovers. I am not joking. These omelettes are giant. Huge. Enormous. Every word you can think of for big, that’s them.

But, the size wouldn’t matter if the flavor wasn’t on par. And, I will assure you, they are. If you want a bacon and cheese omelette (or typical order), you’re going to get some BACON. If you opt for one of their specialized omelette varieties, get ready for an egg-filled smorgasbord. The kitchen team at Carol’s does not skimp.

Now, let me warn you. One goes to this family-owned establishment for the fantastic food and the fast, friendly service. Don’t look for anything fancy in its appearance, you won’t find it. Carol’s falls into the greasy spoon category of breakfast dining. It’s a diner through and through. No hand-lettered menu board or yuppy decor to be seem, it’s Plain Jane. Which, if you ask me is plain ol’ awesome. All the more time to focus on serving up the best breakfast in Clark County, which they have officially won for the last eight years.

Is it obvious that Carol’s Corner was a favorite breakfast diner of ours when we lived in the the Couv? Now, when we pass through, we always aim to make a stop. We have yet to find a breakfast place that compares. In portion size. In value. In memories.

Back in the day, we’d meet friends and family for morning gatherings - sipping coffee and devouring omelettes and cinnamon rolls that would no doubt fill us way past lunch time. Carol’s embodies those feel good memories that make me salivate. Because, honestly, is there anything better than good company and fabulous food?

Last, but not least, I promised a glimpse of Carol’s sweet offerings too. Two words: cinnamon rolls. Or perhaps they should be called cinnamon giants. Because, surprise surprise, the cinnamon rolls at Carol’s Corner follow suite with the omelettes.

Whatever draws you to Carol’s Corner Cafe in Vancouver, Washington, giant omelettes or cake-like cinnamon rolls, arrive hungry. Or, with a friend. I can almost guarantee that if you split a meal, you’ll still take home leftovers!