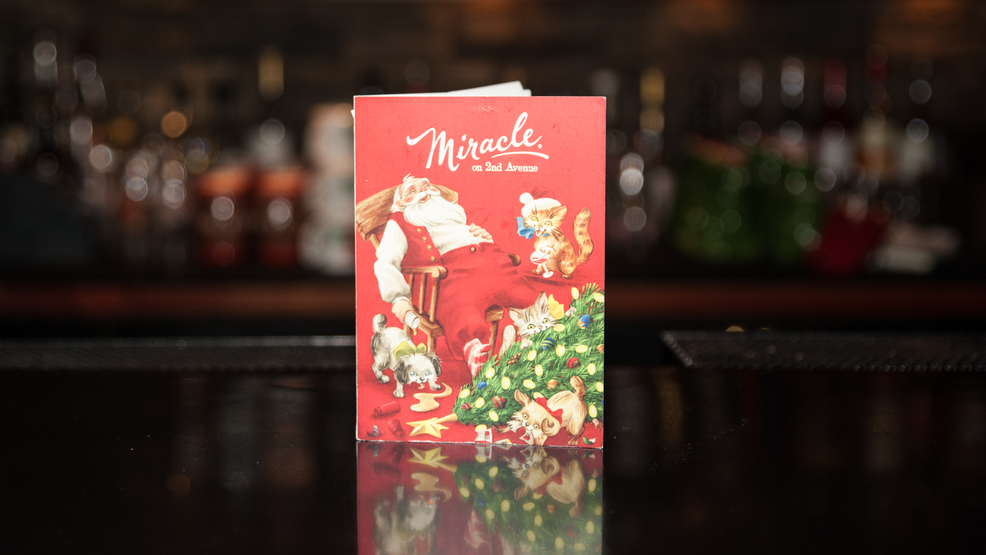 Such a thing as too much holiday? Not at the <a href="https://www.instagram.com/miracleon2nd/" target="_blank" title="https://www.instagram.com/miracleon2nd/">Miracle on 2nd Pop Up Bar</a> at <a href="http://www.robroyseattle.com/" target="_blank" title="http://www.robroyseattle.com/">Rob Roy</a>! The cheeky little holiday pop up features holiday cocktails like the SanTaRex, and is just down the street from it's sister tiki-themed holiday pop-up <a href="http://seattlerefined.com/holiday/sippin-santa-pop-up" target="_blank" title="http://seattlerefined.com/holiday/sippin-santa-pop-up">Sippin' Santa</a> at Vinnie's Raw Bar. Miracle on 2nd is open seven days a week through Christmas, 4 p.m. to close. (Image: Elizabeth Crook / Seattle Refined)
SEE MORE

From Miracle on 2nd to Sippin' Santa: Pop-Ups Get Seattleites in the Holiday Spirit

'Tis the season to enjoy a cup of holiday cheer and if you're looking for a Santa approved winter warmer, Belltown in the place to be.

"It's just like a winter oasis or a winter wonderland. From the moment you walk in you're teleported to Saint Nick's house," said Timothy Skondin, bartender at Rob Roy.

During the holiday season, the craft cocktail bar transforms into Miracle on 2nd, a kitsch-ed out ode to all things Christmas with a menu of drinks best enjoyed surrounded by twinkling lights and perfectly wrapped presents.

A house favorite is the snowball old fashioned. The cocktail is made with caramelized pecan bourbon, molasses syrup and wormwood bitters, served in a glass adorned, naturally, with a handmade snowball. There's also the Yippee Kai Yay, an island-themed throwback to Die Hard, served in a Santa mug, along with an array of Bad Santa hot cocktails perfect for taking the edge off a chilly winter night.

"It really is a place that reminds of us our childhood Christmas experiences," explained Skondin. "The smell of the trees, the glow of the lights, the Christmas music, everyone laughing. It's just a great place for everyone to focus on the friends that make the holiday's important."

For those trying to get in the island state of mind without purchasing a plane ticket, head a couple blocks down the road where Vinnie's has become Sippin' Santa Surf Shack.

"In Seattle the winters are 40 degrees and kind of dreary, (when you come here) you get this escape to go to an island a little bit," said Thor Messer, general manager at Vinnie's and it's sibling establishment, Navy Strength.

At Sippin' Santa, the focus is on tiki-themed cocktails with a Christmas twist.

One of the best-sellers is the namesake cocktail, the Sippin' Santa, made with a blend of Trinidad and Barbados rums, Averna, ginger, nutmeg, orange juice and lemon. The drink is garnished with an orange peel, a surf board and, naturally, a paper umbrella. Flavorful and fun, after a couple of sips it just might have you saying 'Merry Christmas'!

Such a thing as too much holiday? Not at the Miracle on 2nd Pop Up Bar at Rob Roy! The cheeky little holiday pop up features holiday cocktails like the SanTaRex, and is just down the street from it's sister tiki-themed holiday pop-up Sippin' Santa at Vinnie's Raw Bar. Miracle on 2nd is open seven days a week through Christmas, 4 p.m. to close. (Image: Elizabeth Crook / Seattle Refined)