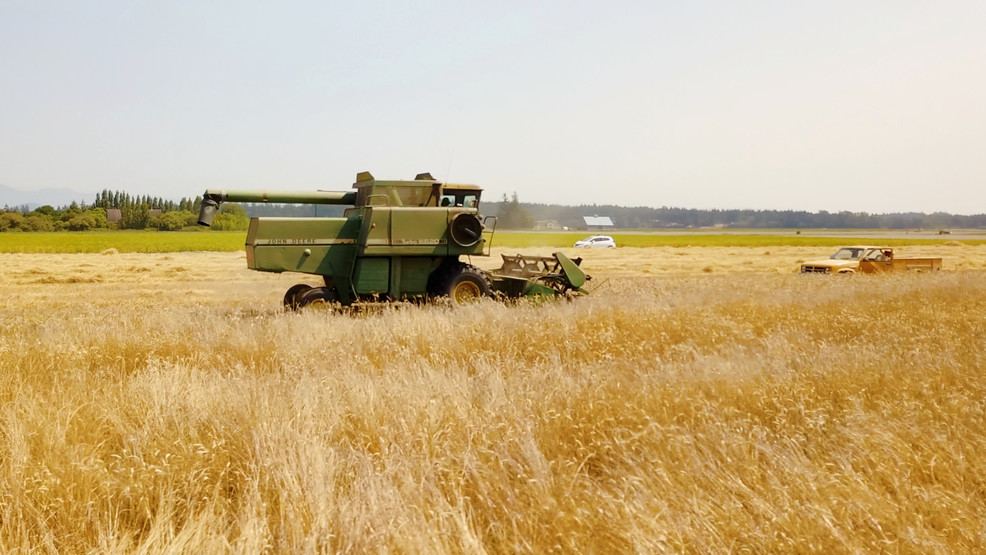 Flour is a humble ingredient. For some bakers, it can be something of an afterthought. After all, all-purpose flour typically doesn't have a pronounced smell or taste. But the flour produced at Cairnspring Mills up in Burlington is anything but typical.

"Cairnspring Mills is the first craft mill in the country that makes fresh milled flours from local grain and offers it to home bakers and professional bakers both here and across the United States," said founder and CEO Kevin Morse.

To understand what makes this mill so unique, Morse gave me a history lesson.

"100 years ago we had 20,000 mills in the country. They were community-based, very similar [to our mill] sourced local and different varieties of grains," he explained. "Today we have 166 mills and those 166 mills are owned primarily by five large companies. Just one of those mills can make five million pounds of flour in one day. Our little mill here can make seven million pounds in one year, if we're running two shifts a day, five days a week."

Cairnspring isn't trying to compete directly with the giants of the flour industry. Instead, the focus is on doing things differently by creating an operation focused on helping to rebuild the food system in the Skagit Valley and, most importantly, by making a better tasting product. Cairnspring flour is a favorite of home bakers and some of the top bakeries in the U.S. like Tartine Bakery in San Francisco and the Breadfarm just down the road in Edison.

"The first thing they said when they baked with our flour was 'holy smokes it has aromas and flavors I've never experienced before!' We thought that was pretty good news coming from some of the best bakers in the world," said Morse with a smile.

What makes Cairnspring flour different? Morse tells me it starts with the sourcing. All the grains they use are identity preserved and come directly from farmers in the Pacific Northwest. Then there's the milling process itself. Everything is milled fresh, meaning grain comes in one day, is milled the next and is on a truck to customers within 3-to-5 days. The system used at Cairnspring focuses on creating a flour that's both nutritious and flavorful.

"The industrial mills, their whole job is to strip and separate the bran and germ from the white part of the wheat berry to make white flour. What that does is make a shelf stable product that can sit on a shelf or in a silo for two years because the germ is removed," explained Morse. "The germ contains all the fats, oils, vitamins and minerals. The bran contains a lot of fiber. We've made a flour that's similar to what people are used to but we are intentionally milling all that flavor and nutrition into our flour."

To see the mill in action is to see a process that's both complex and decidedly simple. First the grain is crushed in a roller mill. It's essentially a blunt hammer that breaks the grain up. Then the flour goes through a series of sifts and three more grinds, all done in stone mills that are still adjusted by hand.

Morse tells me industrial mills typically grind flour 20 to 30 times. At Cairnspring the process is simple. Just four grinds and the flour is ready to be bagged. It's an old school approach utilizing new technology.

"I call it back to the future. We're embracing the old ways of doing things but putting a modern twist on it," he said.

That approach is one he believes can inspire other communities to try something similar, while at the same time allowing bakers to celebrate the bounty of the Skagit Valley. Cairnspring Mills products are now available at PCC, Metropolitan Markets, Whole Foods, Costco, and Frank's Produce, as well as online.

"I hope one, [bakers who use our flour] feel connected to the community and two, (they say) 'damn this bread tastes good'. That it's something that nourishes not only their body but also their spirit."