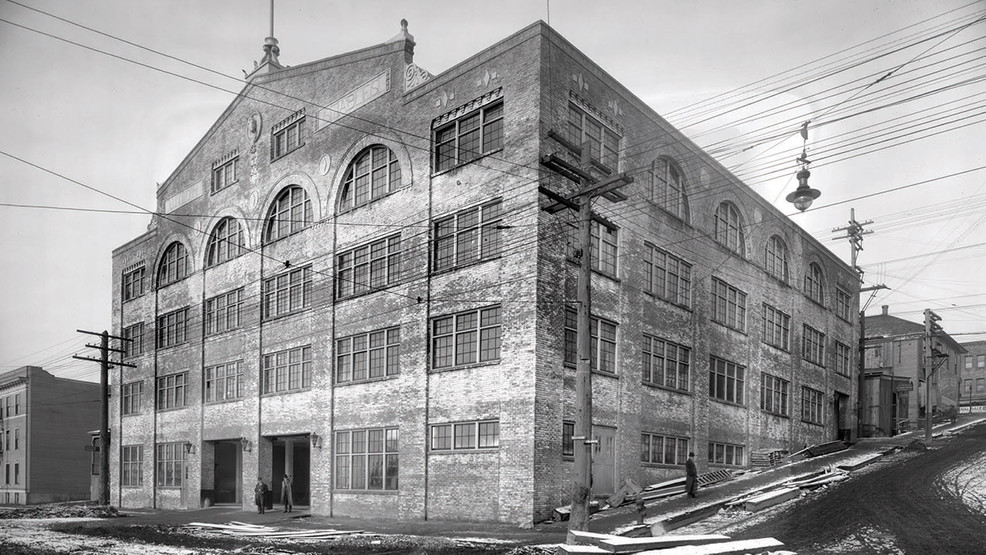 During a recent Zoom media soiree — a true sign of the times — we learned about the relocation of Seattle El Gaucho to its new downtown home in the Union Stables building (officially opening early November). This historic site once housed 300 horses who had the job of pulling Seattle’s streetcars and fire engines.

The building, dating back to 1910 and now listed on the city's National Register of Historic Places, was once considered the most modern of its kind west of the Mississippi. The structure got a refresh thanks to a 2015 LEED Gold-certified renovation and historical preservation, which thankfully retained many of its distinctive features. The original use of the four-story, Belltown building is marked by a terra cotta horse head that still projects from the west facade.

Chad Mackay, CEO and son of El Gaucho founder Paul Mackay, thinks it makes perfect sense for his family's elegant steakhouse — a Seattle institution of sorts — to relocate to such a storied site.

"The Union Stables building has been here for 110 years and has seen plenty of challenging and boom times in Seattle," he said. "And El Gaucho has also stood the test of time and been a place of celebration since 1953 — so I think our company, this building and our city will endure and evolve."

"The gauchos of South America were known as skilled horsemen, so it is pretty fun to find our new home in a former stable."

Mackay explains a term they've coined — Gaucho 3.0 — that refers to the third generation of the downtown Seattle El Gaucho. He comments,

For decades, Seattleites have marked special life events at El Gaucho, where a jazz pianist sets the mood and culinary highlights range from Caesar salads made tableside and custom-aged filet mignons to celebratory pours of wine from Washington vineyards and beyond. Mackay says that whenever guests get asked why they choose this venue, they almost always hear that it's because their team makes them feel truly cared for and special.

"Part of our company credo is that we are here to deliver legendary guest experiences and that our team is a cast of supporting characters where the guest is the star," he said proudly.

When designing the new El Gaucho flagship, Mike Skidmore and Allison Schmid of Seattle-based architecture and design firm Skidmore Janette, felt that paying homage to tradition and the past were crucial musts. Skidmore summarizes the updated feel in three adjectives: Warmth, Rich, Layered.

He says they mindfully honored history by leaving the original wood-heavy timber structure in place and celebrated the existing wood columns, wood ceiling beams and exterior brick walls by leaving them exposed wherever possible. No changes were made to the existing fabric of the building's exterior.

"El Gaucho is all about the food and experience," said Skidmore. "We honored the legacy by fine-tuning the engine [kitchen] and using some of the original design elements, the El Gaucho booths, the radiused bar and the use of lush fabrics and leather."

When discussing his favorite features of the new space; "the way the plan unfolds for the user," he said. "The bar, mirrors and lighting. The window and doors in the large private dining room. The closing room views to the grill and meat cooler. The way new and old blend seamlessly creating a space that feels like it has always been there and always will."

One of the most magical elements came from a serendipitous discovery. About five years ago, a guest called Mackay to report she'd found (in her father's storage location) one of the original, intricately carved wood-and-antique glass front doors from the original El Gaucho location at 7th and Olive (1953-1985).

"When the door was first discovered," Mackay said, "I wasn’t sure what to do with it ... When we made the decision to move, I showed it to my dad and he loved it, and we decided to use it in the new location to help us incorporate part of El Gaucho 1.0 into our future. The commissioned paintings featuring the people who have been part of our story represent El Gaucho 2.0. We brought part of our heritage along with us, and my dad and I are proud of that."

Other features MacKay can't wait to show off? "I think the new fire table in the entry is going to be a guest favorite," he says, "but I really love the new bar design and the way it contrasts with the open feeling in the rest of the dining room. The curve of the bar, the mirrors and metalwork and the intimate seating areas create a dynamic setting that lends itself to people gathering together. I am looking forward to being able to do that again!"

And there's another favorite piece of unveiled history.

"In December of 1923, the police uncovered the largest stock of 'Christmas trade' liquor since prohibition went into effect in a padlocked back room. They found 230 cases of liquor with delivery addresses for prominent Seattle citizens that were never revealed. We turned that corner into one of our private dining rooms that looks into our own meat locker and our live fire grill."

The much-anticipated opening is set for November 3.

"We are excited and proud of our beautiful new home, but at the end of the day, El Gaucho isn’t about the building – it is about reveling and celebrating life with our guests.