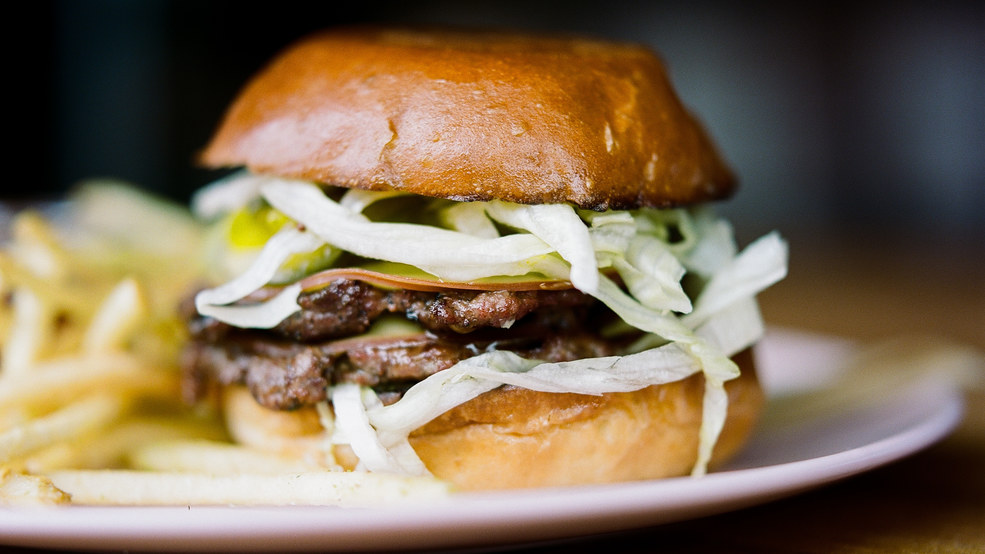 "My wife and I built [Eden Hill Provisions] after going to all these other restaurants with children. It was an absolute nightmare," explained Petty. "I wanted parents to feel they could still be on a date night. Their kid didn't have to be dead quiet and invisible and their kid could still have fun, draw on something and have chicken nuggets, stuff that's familiar to them but still delicious. But, the parents could also feel like they're going out and they're not just doing it for the kids."

While Petty's first restaurant [Eden Hill] is a tasting menu-only spot firmly rooted in fine dining, Provisions is all about fun and family.

"We just wanted to make sure everyone could eat something no matter what," he said. "If you're an old Max Petty fan and you want some of the fun stuff you can get the duck liver mousse, you can get the foie gras cake batter on your pancake. A couple fun touches here and there. But you can also get a good burger or steak frites."

If there's one item that's a MUST ORDER it's the Big Max Cheeseburger, a burger some believe is the best in the city.

"A big side of me is that I love fine dining but I'm a little trashy, and so I have to give respect to that," Petty said with a laugh. "When we were coming up with our perfect burger at Eden Hill, it always ended up being like a Big Mac, but we didn't want to say that, so we called it the Big Max because it was more my style. It's progressed in the last three years from [being a burger] for our staff, to secret burgers on Sunday Nights, to you had to be in the know, to people we're buying us out for lunches for it. And it literally created a new restaurant."

The Big Max continues to evolve, but the main components include two smashed patties (wagyu beef during our visit), caramelized onions, and smoked gouda cheese on a fresh toasted bun with pickles, secret sauce and, of course, a side of house-made fries.

Petty admits, the Big Max's popularity was a driving force in the decision to open a more casual, family friendly restaurant.

"The progression or evolution of that [burger] has represented the evolution of my restaurant," said Petty. "We started with a fine dining, simple burger and we made it fancy and we realized people didn't want that. They wanted something more accessible. Something that reminded them of their childhood, that was bigger and more fun. That kind of translated and translated into an actual restaurant. Now we have a big restaurant and a big burger."

So, the big question, is the Big Max the best burger in the city?

"There's so many different styles of burgers, so I can't say it's the best," said Petty. "As long as people say it's their favorite..I'm hitting something with them and they're coming back for it, then I've done something right."