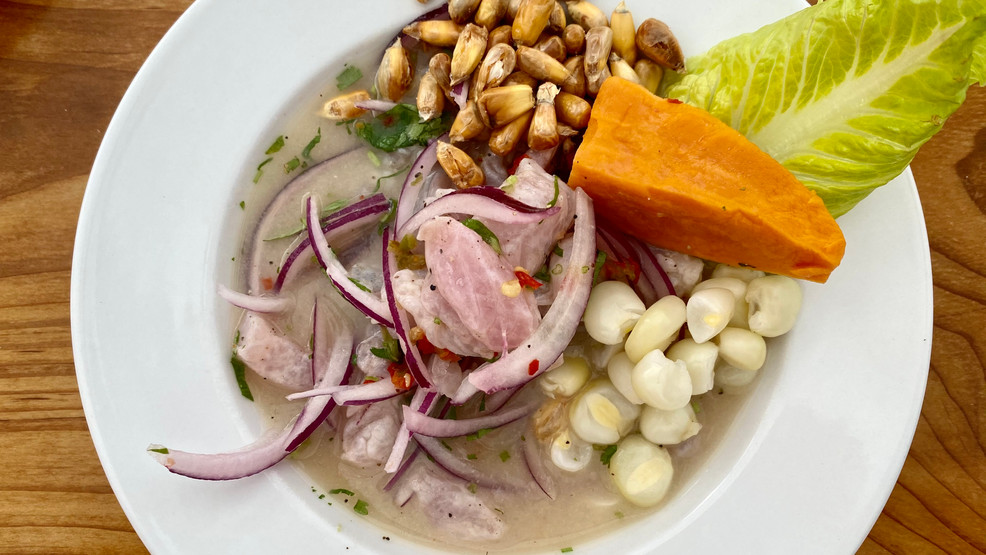 Native-born Seattleite Carlo Chalisea grew up experiencing life in both the Pacific Northwest and South America. At eight years old, he moved to Peru with his Peruvian-born parents where he lived for the next seven years. His upbringing heavily influenced and inspired him to share his love of good food with others. Today, Chalisea creates some of the most delicious Peruvian dishes around at his restaurant Don Lucho’s in the Maple Leaf neighborhood of Seattle.

“My family moved back to Seattle when I was almost 16,” he said. “During my time in Peru, I became close to the culture, the food, and family. I became fond of cooking back in Peru, which was the beginning of my interest in the culinary world. I was at an age where I soaked everything up like a sponge, so it was a cool experience to go back and forth between the United States and Peru.”

Chalisea learned his craft mainly from cooking with family and friends, and taking a variety of culinary courses. In his early 20s, he started taking friends down to Peru with him and introducing them to the food and culture.

“My friends didn't know Peruvian food was so good because there was no Peruvian food in Seattle,” he said. “They encouraged me to start a restaurant, which was already something I’d been thinking about. A little hole in the wall sounded like a good idea.”

Not long after his friends validated the idea, Chalisea opened a small food cart where he served Peruvian sandwiches at farmer’s markets and breweries.

“I thought about sandwiches because Peruvian food was still fairly new to the Pacific Northwest, and I felt the best way to introduce something was as a sandwich,” he explained. "Who doesn't love to bite into a good sandwich? So, I started there, anticipating I would gradually move into more traditional dishes.”

After a couple years of operating the food cart, Chalisea purchased a food trailer, eventually hiring another chef and then buying a second trailer. With his new chef Clive Steer Garate, Don Lucho’s was able to expand and serve additional customers.

"Clive was a great addition to what I already had going on,” said Chalisea. “It was helpful to find someone who was a great chef and well-versed in the kitchen to allow me to expand the business. After about two years of serving out of the food trucks, I came across a restaurant space and decided to go for it. That was a year ago, and this month we celebrate our one year anniversary of the space.”

Chalisea’s dream of sharing Peruvian cuisine and culture with Seattle has come true, as he dishes up his favorite meals adapted from his mother’s old family recipes.

“It was a very tough year with the pandemic and everything, but I have to say, we've been blessed with staying busy,” he said. “With the extra time I had, I was able to use my construction skills to update the space. It was a diamond in the rough, and I was able to build two nice patios. The pandemic pushed me to make the restaurant bigger than I had originally planned.”

And with Peru consistently winning the award for Best Culinary Destination at the World Travel Awards for eight years in a row, this cuisine is finally being recognized for its complex flavors and artistry. Seattle may lag behind New York and Miami in discovering the elaborate dishes of this bountiful and colorful country, but Chalisea and his restaurant Don Lucho’s are determined to make it a regular staple of local diets.

“I love that I am able to represent my country and give guests a cultural experience when they try Peruvian food,” said Chalisea. “With every bite, I introduce people to my culture through food. I love when people tell me that it takes them back to when they visited Machu Picchu or Lima. It’s gratifying to know that with a bite, I can bring that sense of happiness and remembering a particular time when somebody travels to my country. It’s very special.”

And, as always - my daughter's TikTok Review!

Looking to support more small businesses like Don Luchos? Seattle Refined is proud to collaborate with Intentionalist, an online guide that makes it easier for you to find and connect with diverse local businesses owned by women, people of color, veterans, members of the LGBTQ community, and people with disabilities.