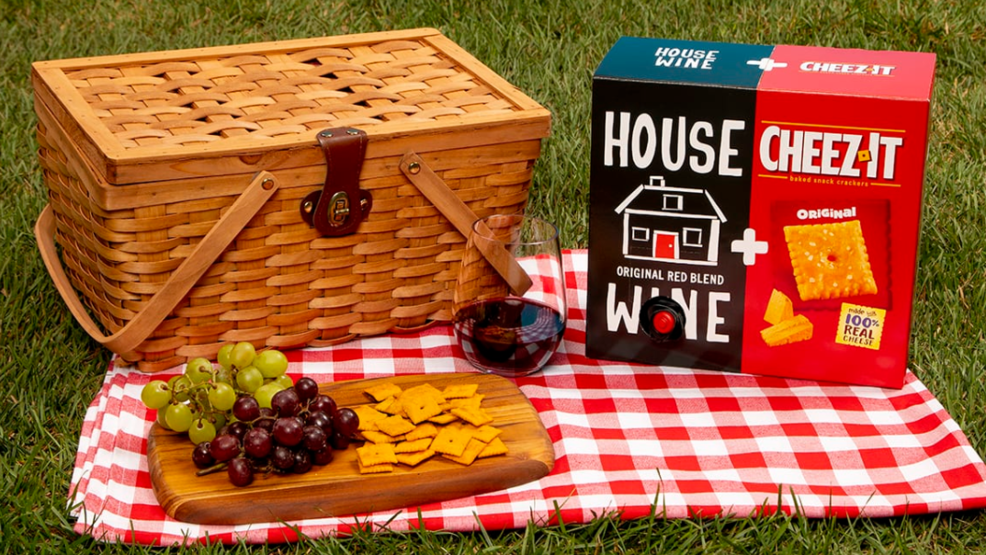 Creative wine collabs are all the rage in the Northwest

Our Refined team got pretty pumped recently when we got our hands on a coveted Cheez-it/House Wine Box. You probably saw all the posts on Facebook (ours included), about the ingenious collaboration...

So consider our shock and delight when we found out that the "wine" part of this dynamic duo was none other than Precept Wine, the Northwest's largest private wine company!

Turns out, that's not the only cool collaboration they've got going on right now. We stopped by their new pop-up wine bar and tasting room in South Lake Union called Associated Vintners to learn more.

First off, Chief Marketing Officer Alex Evans said she was just as shocked as everyone else by the Cheez-it/Box wine success.

"We had no idea that it would get the response that it did," she said, "Jimmy Fallon called it 'an adult lunchable' and it actually broke our website and sold out in thirty minutes."

Sadly, you can't get your hands on the Cheez-it/Box Wine anymore - but that's okay - because the Precept team is constantly thinking of new, innovative ways to drink wine. YUM!

"One of their hottest songs is called "Day Drinking" so we launched a wine project with them last year," said Evans, "It's a really cool partnership because they are from the South and it's like the South meets the Northwest and we are doing some really cool things together."

The best part? You can try all the new wines at the pop-up wine bar and tasting room in South Lake Union.

"The space is kind of like a wine lab," Evans said "not only are we introducing consumers to new wines, but we want to get their feedback on our future innovations."

Associated Vintners is located at 400 Fairview Ave N #1200 in Seattle. They will be changing up their wine theme every few months so there's always something new to check out!