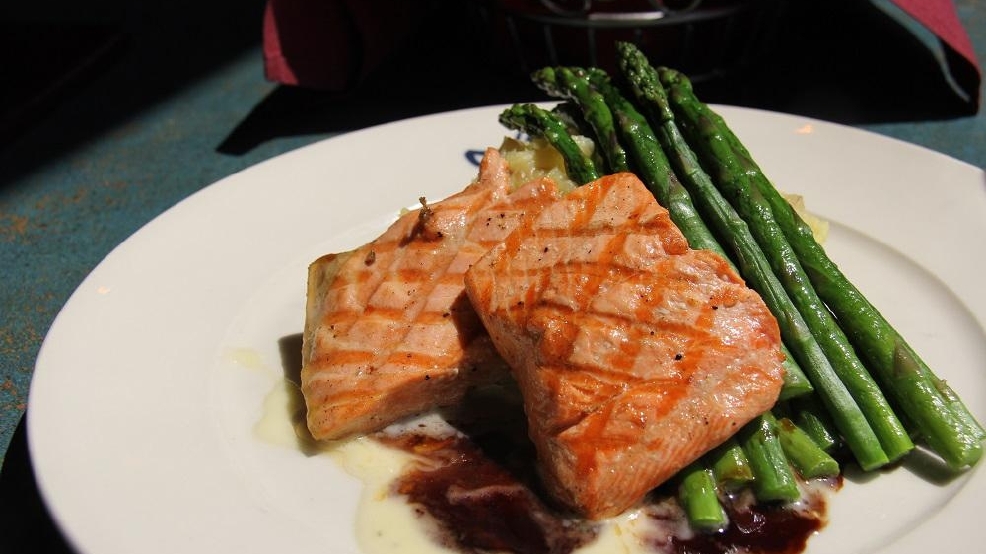 Copper River Salmon: Worth the hype?

This season's Copper River Salmon has arrived, and is now sliding onto plates in seafood restaurants all around Seattle. The famous fish is a favorite in the spring for chefs and food lovers alike, prompting frenzied buying and fresh menus.


You've probably heard that Copper River Salmon tastes better than other types of the fish because they're caught in the wild, not farmed. They make a long journey down the 300-mile Copper River in Alaska, a mineral-rich body of water that twists and turns through rugged terrain. The fat helps to power and insulate the salmon as they navigate the precarious path to where they'll spawn their young.


So it true that these fish taste better? Or is it just fantastic marketing?


"Both!" said Executive Chef Steve Anderson of Ivar's Salmon House. I got a chance to talk to the experienced and jovial chef about his new fresh menu that features both king and sockeye Copper River Salmon. After working at various Ivar's locations over the last 14 years, he's seen a lot of fish.


"Copper River Salmon has always been a big deal," he said. "People used to parade the first fish into town! And there are some places that still do that. And the salmon really is delicious, it's more decadent than other fish. The color is redder and I like the mouth-feel; it's very tender and moist. It's fattier than a lot of salmon. I definitely use it when it comes in, it never disappoints. But, to be fair, there are also a lot of other great salmon from the Pacific Northwest too. And I also use those."


Ivar's Salmon House, like a lot of Seattle restaurants, has a new fresh menu featuring Copper River Salmon right now. Some of the choices include Alder Grilled King Salmon with a cherry beurre rouge, Alder Grilled Sockeye Salmon with wasabi-ginger vinaigrette, and a Salmon Duo with both sockeye and king in a balsamic syrup.


I tried the Salmon Duo and had to agree it was both fatty and tender, just as Chef Anderson promised. In fact, it's so flavorful, that purists might want to ask for the sauce on the side.


"This year, there are lots and lots of sockeye," said Anderson. "And there's very little king. It's a really tight market. So the king is about $29 a pound for a fillet and the sockeye is about $13."


And what's the difference between the two?


"The king salmon is a larger fish. It's a fattier fish. Sockeye is a smaller salmon and it's usually bright red. So if you go to a supermarket and you see that salmon that's almost neon red, that's going to be sockeye," said Anderson.


"Lately, a lot of people are really preferring the sockeye. It has more of a nutty flavor! But that king is so tender and fatty," said Anderson.


So, what do you think? Does Copper River Salmon taste better to you? King or sockeye? Let me know in the comments!