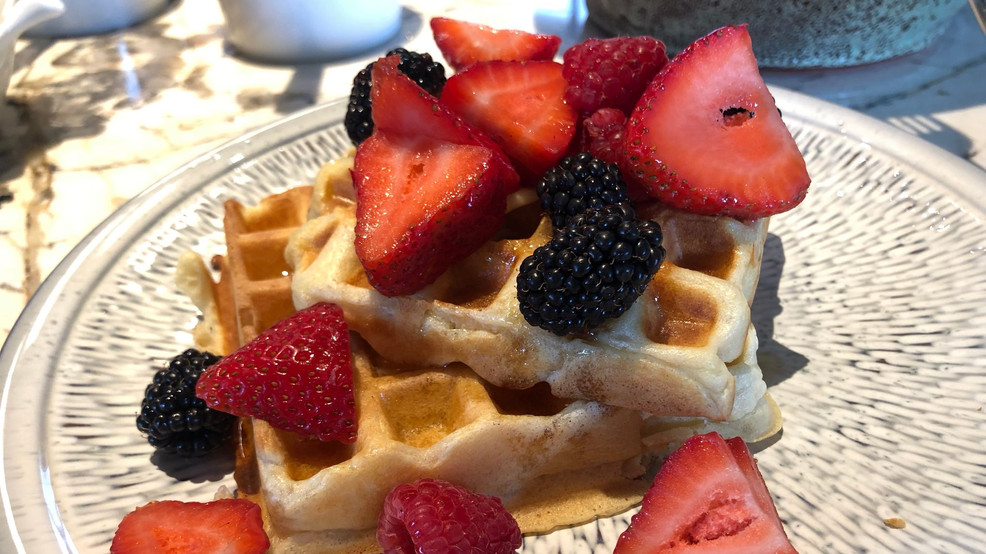 During these crazy times, making a home-cooked meal can be cathartic. But if you're like me, you can find yourself in a rut, making the same things over and over again. That's why I enlisted the help of my chef friends from all over the Seattle area. I got each one to send me an easy-to-follow recipe folks can make at home using pantry staples or ingredients that are usually readily available at your local grocery store. It's a weekly series we're calling Cooking In. Interested in other recipes? We've also tried making Gravy's light, flavorful shrimp fettuccine, Tilth's roasted asparagus with poached eggs, mushrooms and buttered breadcrumbs, Ba Sa's scrumptious shrimp toast, John Sundstrom's delectable rhubarb crisp, the Woodmark Hotel's signature granola, Ethan Stowell's famous rigatoni and Spark Pizza's incredible, yup, you guessed it, pizza.

My family loves to eat. We're the type of family that goes out to dinner and spends half out time talking about what we're going to have for breakfast. So a lot of my memories, like probably many of you, revolve around food.

Some of my favorite memories were made at my grandparent's cabin in Winthrop, helping my Grandpa cook up breakfast. Usually we made one of two signature items: cinnamon rolls or waffles.

Papa is getting a little older now - he just turned 90. And we don't visit that cabin as much as we used to. But taste can be transportive, and the memories made in that little kitchen, they last forever.

So today, in honor of Papa Burnstead, we're making his famous Belgian waffles.

The great thing about this recipe is it can be made ahead of time, so tonight we're whipping up the batter, then tomorrow morning I'm heading over to my parent's house and my Dad and I are going to make some waffles.

To start, we're getting our wet ingredients together. The batter calls for two cups of lukewarm milk. So, I like to warm it on the stove for just a couple minutes to take the chill off.

Then, pour the milk into a mixing bowl and add one packet of dry yeast and stir until the yeast is dissolved.

Now it's time to get our hands dirty and separate four eggs, whites in one bowl and yolks in another. Set the whites aside, then beat the egg yolks and add those to the yeast mixture along with a tablespoon of vanilla extract.

Now for the dry ingredients. Sift 2 3/4 cups flour along with a tablespoon of sugar and half teaspoon of salt. Then add the dry ingredients to the wet, and mix. I like to do this in stages, and if you've got kiddos at home, this is a great job for them.

Once everything is combined, stir in a half cup melted butter, then set the bowl aside. This was always my favorite part. Now we are going to beat the egg whites until they form stiff peaks, then we're going to fold them into the batter.

This is where a hand mixer comes in real handy. Beat the egg whites for several minutes until peaks stand straight up when the beaters are lifted. If you over beat your egg whites like I did, it's not ideal but they're still going to work just fine.

This is the most important step. Now we are going to fold these egg whites in and we're going to do that very gently because we don't want any of that air to get away. We want this batter to really fluff up.

Now let the batter stand in a warm place for about 45 minutes or until it doubles in size. Or if you're making it in advance, cover it up and throw it in the fridge overnight. Just make sure you let the batter proof for 45 minute before you start cooking.

They're delicious plain, but in my opinion Papa's waffles are best enjoyed with butter, maple syrup, berries and - yeah, maybe a little whipped cream.