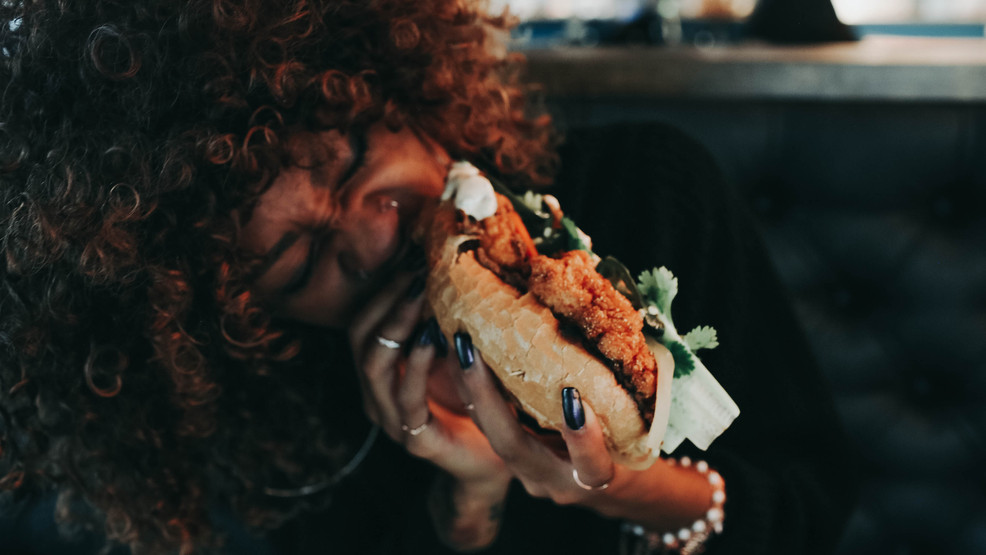 'I want our guests to feel love': Communion Restaurant is dedicated to Seattle soul

Ask Kristi Brown to describe her style of cooking and she will sum it up in two words: Seattle soul.

"I've lived in different neighborhoods around the town and every neighborhood had a different flavor. Man, I just feel in love with it," said Brown, the chef/owner of Communion Restaurant & Bar. "I feel like a lot of times food is used to separate people, but actually it so works together. So you might say 'Oh fish sauce and bbq sauce, that doesn't make sense', but it totally does. It can totally work out. So that's been the basis of my exploration of Seattle neighborhoods and my melding of soul food culture."

Born in Kansas City, raised in Seattle, Brown ran a successful catering company for almost a decade before partnering with her son, Damon Bomar, to bring Seattle soul to the masses at Communion.

"Communion is, it's interesting, it's a baby, and it's changing and morphing into such a wonderful space where people who wouldn't ordinarily be able to come together and have a meal are able to do so," explained Brown. "We're a place where people feel comfortable, cared about and know there is a lot of care put into the food."

The name Communion is a nod to Brown's grandmother, a minister, who helped instill her love of food - but its location in the Central District is equally significant. Communion is located at the corner of 24th and Union in the Liberty Bank Building, which opened in 1968 as the first Black-owned bank in the Pacific Northwest.

"I moved to Seattle in '85. When I moved to this neighborhood it was completely Black. All Black-owned business, Black families, the schools, high population of Black children," said Brown. "To only be like 30 years out from that and for it to be completely opposite, there's so much emotion behind it. People that are from this neighborhood, grew up in this neighborhood have a lot of grief and mourning for what was and what is no longer. But, us people here say 'Hey, there's a chance for us to all co-exist together and bring back that flavor from what used to be and create something new.'"

Now, Brown says folks from all over, those who used to live in the neighborhood and those who do now, are coming out to support Communion. And, of course, they're digging into an ever-evolving menu of delicious food: sumptuous soups, stunning sandwiches and Brown's current favorite, the Berbere chicken.

"I want [our guests] to feel love," she explained. "I think it's super important for our spirits to feel that love when you're eating our food."

While the hope at Communion is to bring people together around a table of Seattle soul food, for Brown it's equally important to help restore the soul of the neighborhood.

"Being here is super significant. I think the biggest thing is having a little Black girl walk down the street, look in the window and say 'Oh are you hiring?', 'Can I come get a job this summer?' and know she can find somewhere where somebody looks like her. That's everything. I mean, if that's the only reason why I'm here, that's enough."

Want to support more small businesses like Communion? We're proud to collaborate with Intentionalist, an online guide that makes it easier for you to find/connect with diverse local businesses owned by women, people of color, veterans, members of the LGBTQ community, and people with disabilities.