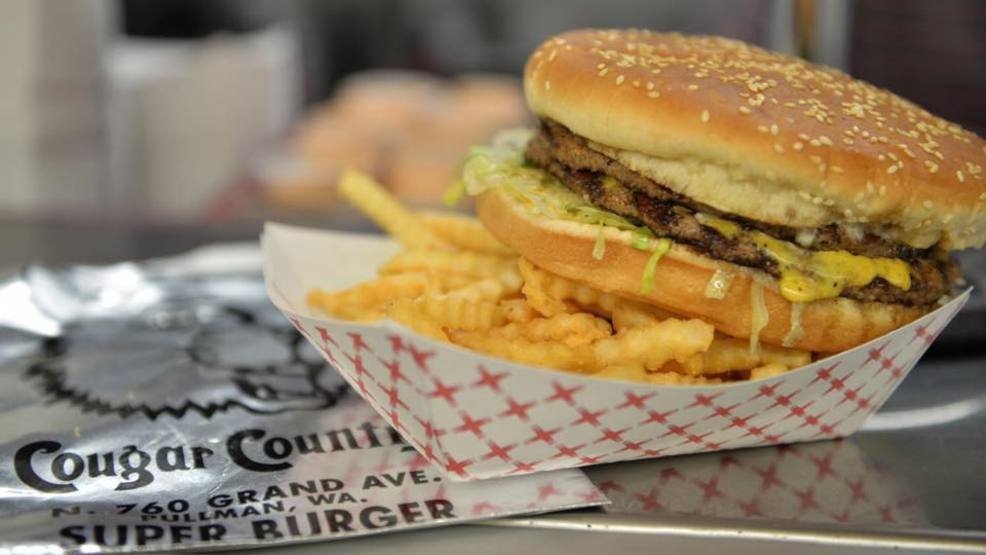 We know that every college town has a special spot that alums swear by, so we've hit the road in search of the best campus grub in the state! From burgers to burritos to pizza and wings. We discovered each state university has some serious bragging rights when it comes to food. Get ready to get your grub on! From UW to Western, Central to Eastern - we have gone all around the state to show you the top foodie spots at each university.

It sits on Grand Avenue, about a mile from the Washington State University campus. A Pullman institution that, after a brief hiatus, is welcoming diners once again.

"It's just got a rich history. It's got great burgers. Everyone comes here," one student told me.

"The burgers here are the best burgers in town," added another.

Cougar Country Drive-In is a mainstay, a tradition. Its part of the heart and soul of Pullman, a restaurant where they've been feeding hungry students and locals since 1973.

"It was [here] before we even had McDonalds in Pullman," said John Yates, who has worked at WSU since the 1980s. "Kids, especially my daughters would get together with their friends [at Cougar Country]. You'd see moms and kids here, you know for a town of this size it was just something nice to see."

"Everyone has their Cougar Country experience. Everyone has their memories of what they would get here," explained Brayton Leach, a WSU student whose parents also spent their college years in Pullman. "It links the past with the present and it's pretty cool to see that happen."

Not so long ago, Cougar Country itself almost became a thing of the past. The restaurant was closed, put up for sale, its future uncertain.

"Everybody was shocked. Nobody could believe it," said Mike Wagoner, a longtime Pullman resident. "It was like somebody close to you passed away. When you drove by Grand Avenue and you saw Cougar Country with its lights off and everything it was like there was a huge black hole right in the middle of Pullman, Washington."

Wagoner and his family are also the co-owners of another local restaurant, Zoe Coffee and Kitchen.

"Our whole family just has such tremendous memories about Cougar Country," said Wagoner. "We figured there must be at least 400,000 alumni who have been through here since 1973...So we just felt like we could not let Cougar Country die, nor turn it into some fast food joint that's not local."

So, Wagoner and his family decided to buy the iconic restaurant. Now, finally, it's back open for business. Mike did make some minor changes, adding new signage and self-serve kiosks to improve efficiency, but the menu remains largely unchanged. Of course, folks are flocking in for a taste of those Cougar Country classics.

"Probably the number one seller is the Cougar Super Basket. It's a double quarter pounder with everything and fries. I think probably the second best seller is the cub burgers. They're just a little, small burger but people come in like crazy for the Cub Burgers," said Wagoner.

Another thing folks go crazy for is the fry sauce, a condiment that goes great with just about everything. What exactly is fry sauce? It remains unclear. Wagoner wouldn't give me any insight on the recipe. One thing that is clear: the food is as delicious as ever.

"I'll be back for more. More is better," said Yates after enjoying his first Cougar Country burger, since the restaurant re-opened.

One the day we visited, the line wrapped around the restaurant. People patiently waiting to taste those familiar flavors once again.

"We're very humbled with the response from the Pullman community," said Wagoner of the warm response they've received. "We just reciprocate the love. Everybody is so supportive and so happy to be able to come back."

As for what he hopes folks feel when they return to the restaurant?

"We just want everyone to be welcome here and [think] 'Oh, it's good to be home again'."

And as all Cougs know, we always find our way back home.