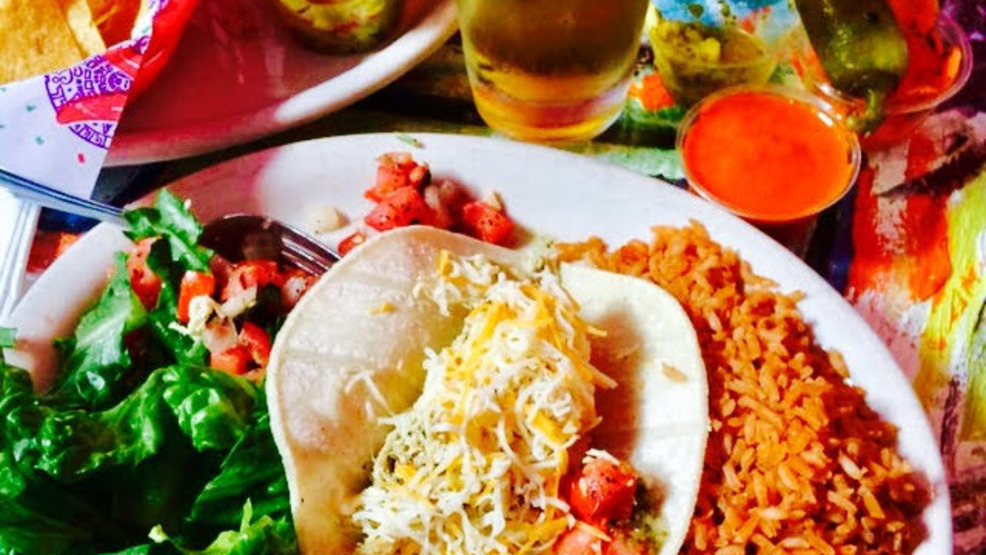 College Eats: The Best Places for Grub at 5 Washington Universities

We know that every college town has a special spot that alums swear by, so we've hit the road in search of the best campus grub in the state! From burgers to burritos to pizza and wings. We discovered each state university has some serious bragging rights when it comes to food. Get ready to get your grub on! From Central to Western, WSU to Eastern - we have gone all around the state to show you the top foodie spots at each university.

We know that every college town has a special spot that alums swear by, so we've hit the road in search of the best campus grub in the state! From burgers to burritos to pizza and wings.

We discovered each state university has some serious bragging rights when it comes to food. Get ready to get your grub on! From UW to Western, WSU to Eastern and Central - we went all around the state to show you the top foodie spots at each university.

When we asked University of Washington alums where to go, they said two words: Northlake Tavern. It may not look like much from the outside, but inside Northlake Tavern it's booming with history, Husky pride and the heaviest pizzas in town. Believe it or not, Northlake has been a rite of passage for UW students for more than six decades. Not much has changed at the 21+ restaurant, including the incredibly large pizzas! Amazing pizza, delicious memories and you can bet UW students and alum will keep coming back for decades to come.

Our full story on Northlake Tavern is online here.

It sits on Grand Avenue, about a mile from the Washington State University campus. A Pullman institution that, after a brief hiatus, is welcoming diners once again. Cougar Country Drive-In is a mainstay, a tradition. Its part of the heart and soul of Pullman, a restaurant where they've been feeding hungry students and locals since 1973. Not so long ago, Cougar Country itself almost became a thing of the past. The restaurant was closed, put up for sale, its future uncertain. Now, finally, it's back open for business. Mike did make some minor changes, adding new signage and self-serve kiosks to improve efficiency, but the menu remains largely unchanged. Of course, folks are flocking in for a taste of those Cougar Country classics, like the Cougar Super Basket.

Our full story on Cougar Country is online here.

You could say that at Wing Central, flavor takes flight. This student favorite it just steps away from campus, and is known for - you guessed it - their wings. But if wings aren't you thing, there are plenty of other delicious choices like burgers, wraps and fries. Since Ellensburg is a college town, it's no surprise that Wing Central also offers its own class called Beer 101. Students really drink it in! Everything here is amazing, but their most famous menu item is truly straight from Hell: The Hell Wing. It's so serious, you have to sign a waiver before eating. Spoiler Alert: We ate it and almost died.

Our full story on Wing Central is online here.

Situated along Bellingham's Railroad Avenue is Casa Que Pasa, a spot where Bellingham natives and Western Washington University students alike frequenting often. Rumor has it if you go to WWU - this has long been the place for good food and a good time. And if you're from the Bellingham area, you have definitely heard about the Potato Burrito. Their famous potato burritos are about $10, so if you're carbing up for a track meet, recovering from a rough night out or just really hungry - it's hard to find more burrito for your money anywhere else. Not only is it enormous and a great deal, it's delicious.

Our full story on Casa Que Pasa is online here.

Ask any Eastern Washington University student and they'll tell you: if you're looking for great grub, you've got to head a few blocks from campus to Zip's Drive-In. You can see the pride in the community and university right on the walls. The menu at Zip's hasn't changed in more than 30 years. Students and alumni alike keep coming back for the simple, seriously delicious burgers, including one that's been a staple since the beginning: The Papa Joe. It's not just the food. There's something else that makes Zip's a go-to spot for Eastern students, especially the late night crowd. Whether it's the middle of the night or the middle of the afternoon, when you stop into Zip's, you're getting a taste of Cheney and a taste of why this restaurant has stood the test of time.

Our full story on Zip's is online here.