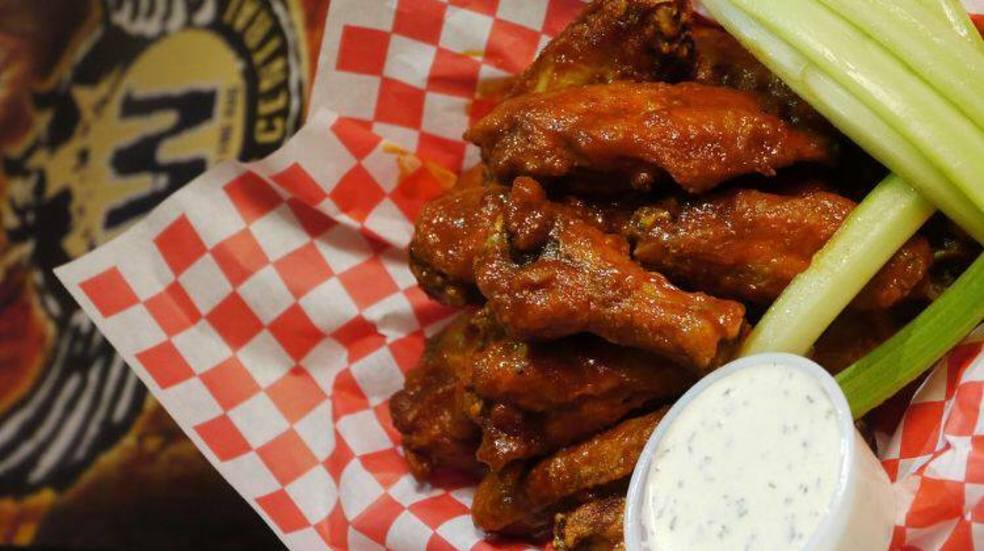 We know that every college town has a special spot that alums swear by, so we've hit the road in search of the best campus grub in the state! From burgers to burritos to pizza and wings. We discovered each state university has some serious bragging rights when it comes to food. Get ready to get your grub on! From UW to Western, WSU to Eastern - we have gone all around the state to show you the top foodie spots at each university.

You could say that at Wing Central, flavor takes flight.

This student favorite it just steps away from campus.

Fraychineaud says it's no surprise that the wings really soar.

"Chicken wings are so good because they are deep-fried," she said. "You’ve got crispy skin, and then you pour some of our famous wing sauce on the top and you can’t get any better."

But if wings aren't you thing, there are plenty of other delicious choices like burgers, wraps and fries. Since Ellensburg is a college town, it's no surprise that Wing Central offers its own class called Beer 101. Students really drink it in!

"It’s super easy to join for $5 dollars," said Fraychineaud. "Sometimes we have a special on that as well. Sign up and then we mark off every beer you try and like I said, once you’ve completed Beer 101 – I mean that’s the best class in college right? It’s definitely a must-do as well. And you guys don’t even have to go to college here. You should start one today."

Everything here is amazing, but their most famous menu item is truly straight from Hell.

I am not a fan of spicy food. Every fiber of my being was screaming "DON'T DO IT" - but I didn't want to be a chicken.

"The food is great," said Kendra Laidlaw, a CWU student. "I love the food here."

Laidlaw was my wing-woman on this adventure. She had had a tiny taste of this famous sauce once before.

"I’ve tried a toothpick size of it and my throat closed up so..." she admitted.

It's so serious, that they even had us sign a waiver before letting us try the Hell Wings.

You'll need to watch the clip above to see what happened. Let's just say - there were a lot of expletives involved. And a lot of chocolate milk.

You could say the Hell Wings were bad to the bone, in a really good way. Just one of many reasons students like landing here.

"Wing Central has been here for 17 years," said Fraychineaud proudly. "I mean you just gotta come here! It’s part – it’s Wing Central ya know it is what it is - it’s perfect."