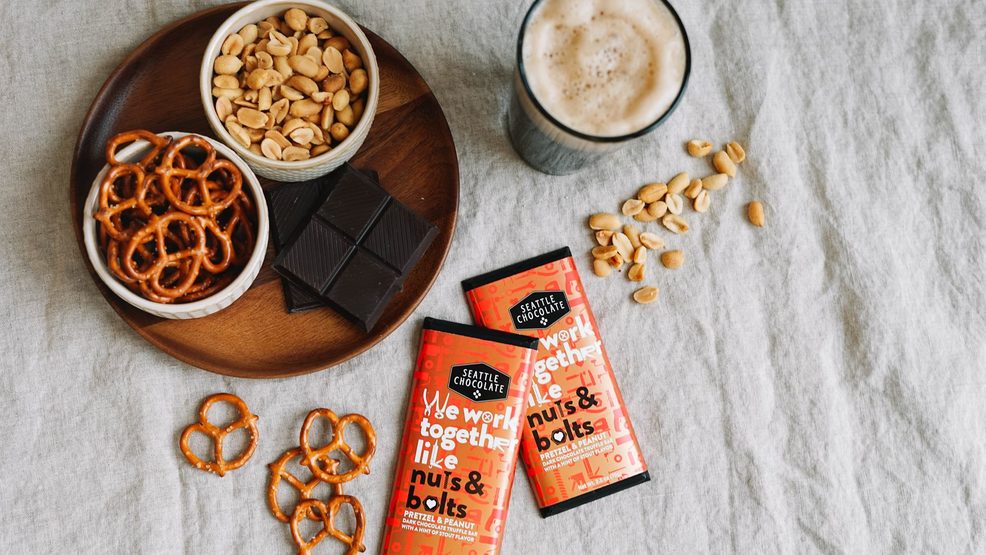 If you're a fan of chocolate, and of beer - you might want to pay attention to this Unlikely Pairing, exclusively offered in Seattle at Pyramid Alehouse this February 2019.

Pyramid has teamed up with Seattle's Chocolates to make this sweet treat - fittingly called Unlikely Pairings. The beer will be poured at the Alehouse downtown throughout February, and is a oatmeal pale made with Canadian oat malt, infused with Seattle Chocolate's 72 percent Dark Origin truffle bar.

But just like one piece of chocolate (or one beer), is never enough - the dynamic duo is also bringing the people three additional beers, inspired by Seattle Chocolate's limited edition Valentine's Day chocolate truffle bars:

“People often associate chocolate with wine, and when they pair chocolate with beer it is often with porters and stouts,” said Riggs. “This year we are breaking stereotypes, and showing beer and chocolate connoisseurs that unlikely pairs make the best pairs."