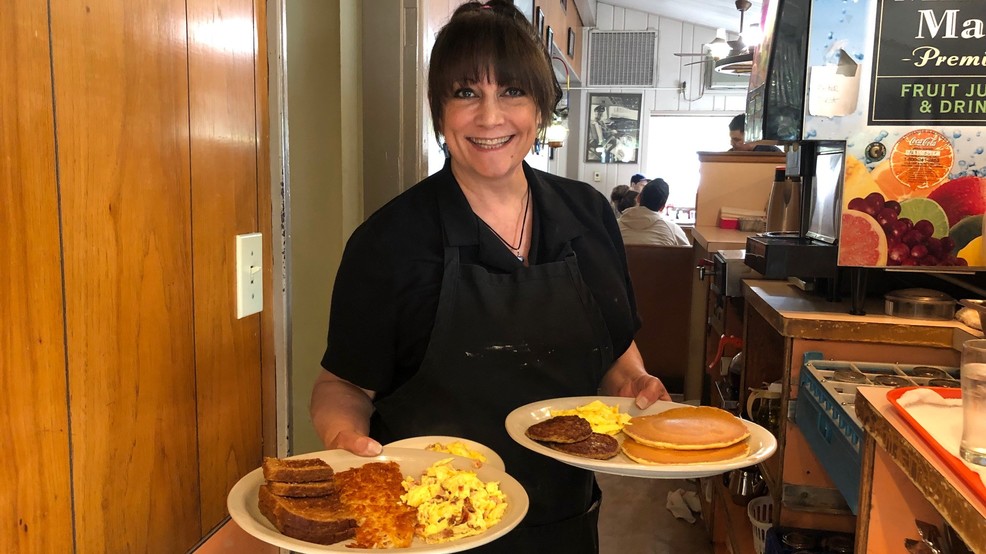 Bellevue may be in the middle of a building boom, but Chace's Pancake Corral is one charming eatery that's truly stood the test of time for 60 years and counting. (Photo: Seattle Refined)
SEE MORE

Chace's Pancake Corral has kept it all in the family, for 60+ years

Bellevue may be in the middle of a building boom, but there's one charming eatery that's truly stood the test of time.

The restaurant bears the name of the man who started it all - Bill Chace.

"He was a dynamic man," said his daughter, and now owner, Jane Zakskorn. "He had a wonderful personality. He made everyone feel special."

The northwest native was also an amazing athlete.

Zakskorn and her sister Ada started working at the Corral as kids, after it opened in 1958.

"We were raised that the customer comes first," she said. "And they're always right and do the best you can to make them feel like an important person."

The little niche they found was in Bellevue... "before Bellevue was really a city."

One thing that piqued our curiosity - what made this place a 'pancake corral'?

"If you come from California or back east, this was the wild west," said Zakskorn with a grin.

And although times have changed, their breakfast offerings are still as popular today as they were back then.

"I have the same menu that my dad created. Haven't made any changes," she said.

According to Zakskorn, their most popular items include their hash brown omelette, potato pancakes and hashbrowns. Their pancake batter recipes are even still the same ones their Dad used.

"My dream wasn't to be in the restaurant business but I loved it," she said. "And I got into business and really missed the hospitality business. So I came back as my Dad's partner I think in 1978. We had a really wonderful partnership."

Chace believed in friendship and fellowship.

"[Customers] were from all facets of life, all different ages - but the one thing they did is they came together every day and join my dad," said Zakskorn. "We'd get them all settled, they'd all have coffee then he'd sit down and have breakfast with them, tell 'em a few jokes and that was how he'd start the day."

This continued for over three decades - the "Breakfast Club" got together.

Some of the warm and welcoming decor at Chace's Pancake Corral has stayed the same for just as long - like a large black and white photo of the captain of a plane sitting in the cockpit.

"This is Russ Stevens," said Zakskorn. "He had the Seattle to New York run for United Airlines. It was the first customer Bill ever had."

Chace's has always been a big part of the community, sponsoring sports team for kids and adults - including a ladies baseball team.

She showed us a picture of that team circa 1969, hanging on the wall.

"My mom and her friends," she smiled. "Isn't this wonderful."

There's even a plaque celebrating a couple whose romance started right at a certain table back in the 1980's.

"Kari and Steve met here. Steve was visiting from Colorado on a business trip, and this was a big long table and he said 'Gee if you have any singles feel free to have them join me,'" said Zakskorn. "Then in a twist of fate, a gal named Kari sat down. They got married six months later!"

And YES - they are still married today!

Bill Chace passed away 18 years ago, but his legacy lives on in the food and feeling of family here.

"We know a lot of the regulars and just exactly what they want. Whether it's a certain condiment or an egg cooked a certain way or what kind of candy they want when they leave."

The secret ingredient to their success: connecting to and caring for their customers for 60 years - and counting.

It's a tradition Jane Zakskorn is proud to continue.

"I just love the people. And the fact that you can come in and see generations of families."

Chace's Pancake Corral in Bellevue is open for breakfast and lunch every day from 6:00 am - 2:30 pm.