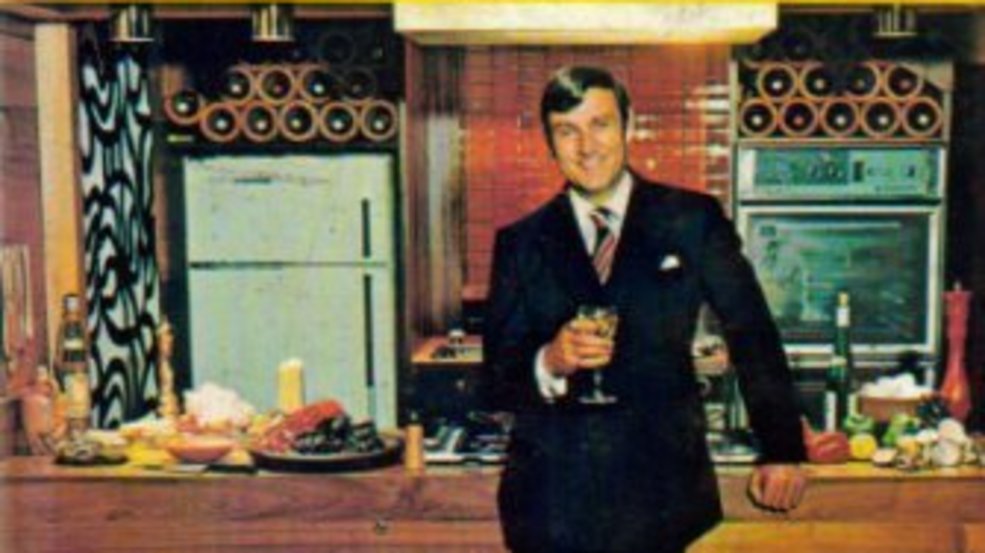 Remember The Galloping Gourmet? Graham Kerr lives in WA, and we talked to him

Our visit with Graham Kerr was full of surprises. One of the biggest - he lives in Western Washington, in picturesque Mount Vernon.

"I wanted people to understand basic methods, and once you know how to cook it's only a matter of knowing what the ingredients you like then they become the garnish of the method," said Kerr. "Lots of people have done it since then."

But he did it first.

That book led to his pioneering television program, "The Galloping Gourmet," which debuted in the U.S. in 1969. The winning recipe for the show: Kerr cooking, sharing his techniques, and entertaining a live studio audience, all at the same time.

Each episode began with the exuberant Kerr literally leaping onto the set. Turns out it was Kerr's wife, Treena who came up with the idea. Kerr remembers it well.

"She looked at me and said 'My God, man. You must be the most incredibly boring man in the entire world'" Kerr remembers. "I said, 'If you're so clever why don't you produce the show?'"

So she did, and came up with a one-of-a-kind idea for an entrance.

"She said, 'Just don't walk into this audience, run in, grab a glass of wine to begin with, then - I dunno - jump over that chair,'" said Kerr.

Things didn't always go as planned. Like the time Kerr couldn't coax a cake to come out of a pan, even after an entire episode of trying. He recalls those times with the live audience fondly.

"I enjoyed them and they enjoyed me and I loved doing the program."

One of his favorite parts of each episode - the end, when he'd chose a lucky audience member to join him on set.

"When I got to taste that food at the end and pull somebody out of the audience to be able to eat it, when I worked so hard on getting it right, and cooking it right - they liked it," said Kerr. "I can still feel the joy of that moment."

Then In 1971, at the apex of the show's popularity - the couple was on the road, filming when things took a terrible turn.

"On the second day out, we were hit by a vegetable truck - of all things," he said. "How we were not killed, nobody knows. I was partially paralyzed on my left side, I couldn't jump over a chair. And Treena at that stage said 'I've had it.'"

The accident made them reevaluate their lives, and they decided to walk away from The Galloping Gourmet franchise.

"We then went off and licked our wounds," said Kerr. "We got this boat and set off to sail around the world which we did. 24,000 miles at sea. And I got better."

By the time Kerr took a break from the biz, he had already cooked professionally for decades. He started as a teen, working at a restaurant.

"The very first dish I ever cooked in public was a Crepes Suzette for a young couple who came and I think it was there second date," he said. "I was fifteen-years-old and I was responsible for doing this dish at table-side. Something happened there. I did something, I knew how to do it, there was a story to go with it. They got to taste and it was a full circle. And I just loved that experience. And I've lived that experience ever since."

After walking away from The Galloping Gourmet - Kerr went on to host more TV shows, 1,800 episodes total. And he wrote thirty books. He eventually moved to Washington State, finally landing In Mount Vernon.

These days - Kerr is a fan of prepping and freezing ingredients for future use.

While he still loves cooking, there is one ingredient missing in Kerr's life - his beloved wife, Treena. They first met as kids, playing badminton in the English countryside.

They were married for nearly sixty years, before Treena passed away.

"I am on my own now," he said. "And so I am trying to find out what it is to live alone. And I'm writing a book on the subject."

But before that - an updated edition of that book that started it all: The Graham Kerr Cookbook By The Galloping Gourmet, edited by cooking show phenoms/food journalists The Lee Brothers. The book is being re-released in April 2018.

Almost seventy years after he started cooking, Graham Kerr's recipe for a good life is simple.

"There's a cause and effect from everything and if we can moderate it and enjoy it, be nourished and delighted - that's what life is about."