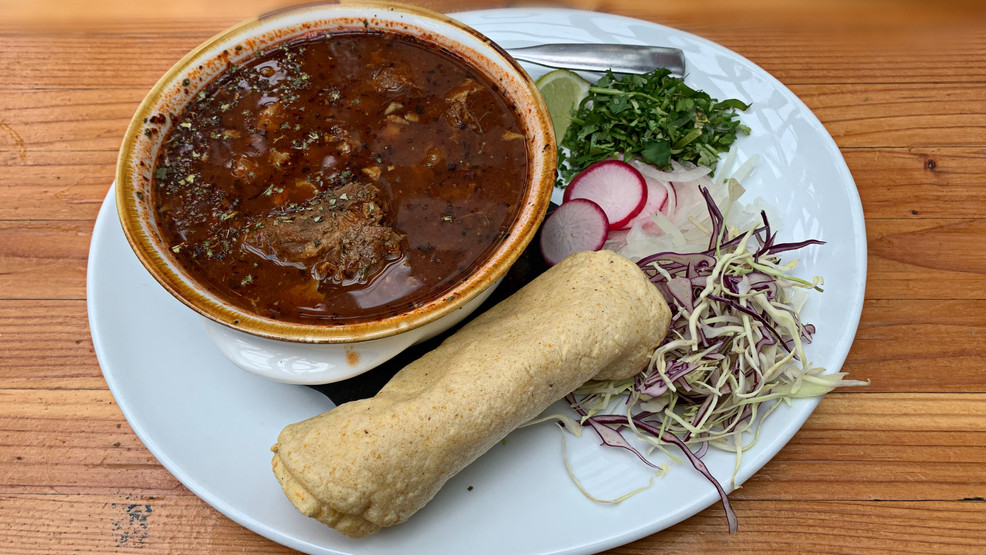 It's undeniable - the cuisines of Mexico hold some of the most delicious and vibrant flavors in the world, and Casco Antiguo in Lake Union showcases these flavors all the while offering plenty of heated, outdoor, and socially distanced dining.

The restaurant’s head chef Jerry Lariz grew up in Southern California, an area known for its northern Mexican cuisine that's commonly adapted to appeal to local palates. In fact, it's likely that when those in the U.S. unfamiliar with its intricacies think of "Mexican food" - they are probably thinking of the flavors from northern Mexico.

Lariz got his start in restaurants right out of high school working at a small, independently-owned Italian restaurant. He was also the eldest child, so learned much of his cooking being in charge of feeding his siblings at home.

“I started learning more techniques from some of the chefs that were very knowledgeable and talented,” he said. “I became really interested in cooking and started to work my way through different types of kitchens, like Italian and Mediterranean. I enjoyed learning from the chefs and working alongside the different cuisines.”

“Growing up in California, there was a lot of Mexican-American food,” said Lariz. “People often think that’s the standard, however if you dig deeper into the cuisines of Mexico, you’ll find varied and unique dishes from different regions. It’s more than just tacos and burritos.”

Mexico is home to some of the most well-loved dishes in the world. The cuisine varies considerably by region due to differing climates, populations, and geography. This popular cuisine is a favorite for many due to these distinct, regional flavors and ingredients. With a fusion of Spanish and indigenous dishes, along with African and Caribbean influences, Casco Antiguo brings these savory dishes from the menu to your local table in authentic fashion.

“These additional flavors are what I’ve brought into Casco these past few years,” said Lariz. “For example, I’ll research Mexican cuisine from different areas of the country, like Oaxaca, then add dishes to the menu that are from that region. My family is from Jalisco. One of the popular dishes there is pozole rojo, which I have on the menu. It’s a simple and delicious comfort food for me.”

Casco’s pozole is made with braised pork and hominy in a guajillo broth with onions, and served with fresh tortillas. In addition to pozole rojo, Jalisco is also known for its tequila. If cocktails are your thing, you’ll want to try one of Casco’s scratch or spicy margaritas. The Hot Pepper margarita is a spicy food lover’s dream, made with tequila infused with serrano and habanero peppers, then mixed with orange liqueur, agave , and fresh citrus.

The plantain empanada is also a must try item on Casco’s menu. Made with black beans, this plantain-filled empanada also boasts fresh corn, served with guacamole, crema, cheese and cilantro. You may want to order more than one! Or try the Queso Derritido made with melted cheese, chorizo and rajas, served with thick cut chips.

“I’m proud that our kitchen is all from scratch and we use only local ingredients,” said Lariz. ‘We keep it traditional and delicious. I invite people to come in and taste some of the less familiar flavors of Mexico, and enjoy some traditional favorites.”

Casco Antiquo is located at 2102 7th Ave in Seattle. For to-go orders call (206) 257-1182. Want to support more small businesses like Casco? We're proud to collaborate with Intentionalist, an online guide that makes it easier for you to find/connect with diverse local businesses owned by women, people of color, veterans, members of the LGBTQ community, and people with disabilities