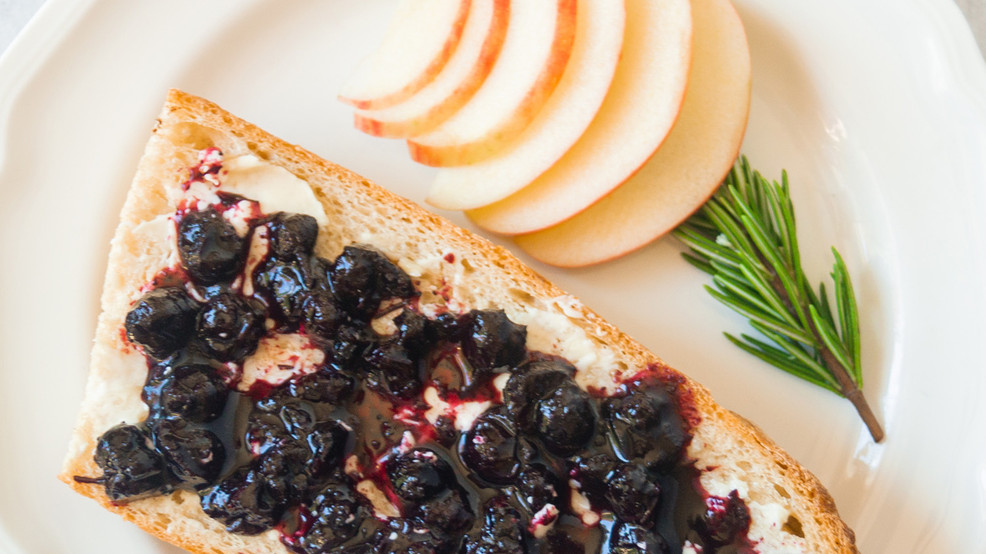 Canopy & Understory celebrates the forgotten berry of the PNW

So you've tried grape jelly, huckleberry jam and raspberry preserves, but what about wild salal?

Canopy & Understory was created in 2018 to honor and showcase the importance of the temperate rainforests of the Pacific Northwest. Their first product? Wildberry spreads made from the forgotten salal berry.

"I've had a long, firm interest in non-timber forest products as a way of really emphasizing the importance of forests beyond their role in providing timber," said Bettina von Hagen, CEO of Canopy & Understory. "In particular, food is a way of deeply connecting with people, and foraged food really speaks to our deep history with forests, as well."

The name "salal" comes from the Native American Chinook language. It is a dark purple berry that grows in the coastal temperate rainforests of the Pacific Northwest, from parts of California all the way up to British Columbia.

While Canopy & Understory is based in Portland, Oregon, their berries are primarily harvested from coastal forests near Forks, Washington, during July and August.

"The reason that we focus our harvest in the Olympic Peninsula is because there is a large community of foragers and harvesters there," said von Hagen. "There are a lot of people from rural communities and people of color who harvest not only the salal berries, but salal boughs."

Von Hagen insisted that salal is actually a widespread plant and can be found throughout Seattle in urban gardens and various walking paths. More than likely, you've probably come across this shrub at some point in your life.

"Part of the reason that we chose this particular berry as the first product for Canopy & Understory, which more broadly is about really celebrating the understory plants of the forests around us, is because it is so widely available and harvesting it does not have significant conservation impacts in terms of the availability of the berry for wildlife or other uses," said von Hagen. "We selected it because of the minimal impacts of harvesting the berry."

"As you know, these forests supported some of the largest populations of hunter-gatherers and Native Americans in the Americas, and part of that was because of the abundance of these forests, and salal was one of the berries that were used extensively both as food and medicinally," said von Hagen. "There was a big tradition of using salal for those purposes, and it continues to this day."

While the berry resembles a blueberry when ripe, it is described as tasting like a mix between a huckleberry and concord grape with a dense, fig-like consistency.

To maintain and highlight the unique and original flavor of salal, Canopy & Understory purposely uses very few ingredients and a lot less sugar, which is why they use the term "berry spread" instead of jam.

The versatile berry spread can be paired with muffins, bread, cheese plates, pastries, cookies and more.

Von Hagen emphasized that the easy accessibility and availability of this forgotten backyard berry, as well as its rich cultural and ecological history, is what makes salal so special.

"This was a berry that was important as a food and medicinal source, and with [society] turning away from a connection to the land, and instead to our supermarkets, it's been forgotten when it's actually this wonderful bounty that is there for anyone to be able to forage for and enjoy," said von Hagen. "And I think that makes it really unique as a fruit spread. You can add a little bit of the Pacific Northwest forest into your kitchen and at the same time know that your purchase of this product is supporting and helping reinforce the value of the understory and the value of protecting those forests - that sort of wildness really make this a berry that has a very deep story."