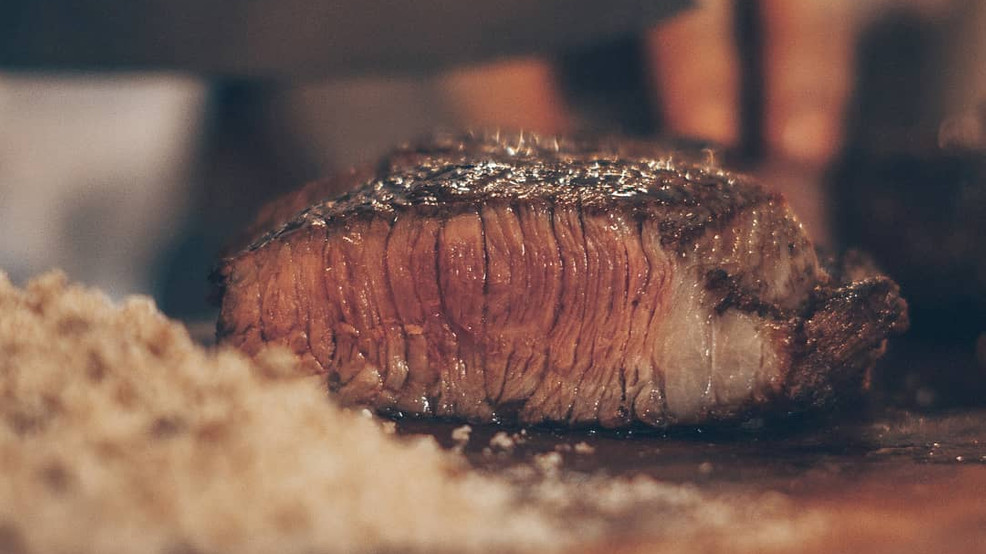 Just off Railroad Avenue in downtown Snoqualmie, sits a building with some history. When it was built in 1923 it was a bank, then a police station, then it served as city hall. Now, it's home to a Cascadian barbecue joint, Buckshot Honey.

"Ever since I was a little boy listening to my mom's country records I always had this desire for an old country honky tonk. This is the closest thing you can get these days," said chef/owner Dave Storm.

I first met Storm back in 2019 working on a food truck with his buddy, chef Seth Richardson. The name of Buckshot Honey, Storm's first restaurant, is a nod to the most memorable meal he ever ate - on a childhood trip to West Virginia to visit his great aunts.

"They told me they were going to go get some dinner. They grabbed some shotguns, went into the woods and came back three hours later with a handful of squirrels," recalled Storm. "They cooked them up for me. They served the squirrels whole on these plate, but there were these empty bowls next to the plates. I was like 'Are we going to have soup'? They go, 'That's for the buckshot, honey'."

No, there's no squirrel on the menu at Buckshot Honey. Instead, Storm is combining his restaurant experience, more than 20 years working at top spots around Seattle, and his love of traditional cooking methods.

"Some of the best things I've ever eaten are 100-year-old recipes that have been passed down. You don't see people doing that anymore. So I found an old cookbook of my grandmothers and I found a bunch of really cool recipes. I kind of interpreted those with some modern [cooking] techniques, and made it more efficient for the restaurant business. There's not as much lard as a 1948 recipe usually calls for," explained Storm with a smile.

At Buckshot Honey, just about everything is sourced locally. The sides are made from scratch and the meats smoked low and slow, then served as a serious sandwich.

"I'm really proud of the 'Day on the Green', which is a local ham that's brined with juniper and clove, then smoked over hazelnut shells," said Storm of the sandwich, served with homemade apple butter, collard greens and havarti cheese on Macrina Bakery brioche.

The top seller is a sandwich that's a holdover from Storm's days on the food truck, the Dave's Way. It's 12 hour smoked brisket, grilled onions, peppers and an unreal good provolone cheese whiz.

For Storm, the restaurant is the realization of a dream, a friendly place serving good food made the old way. He hopes customers will be able to see and taste the difference.