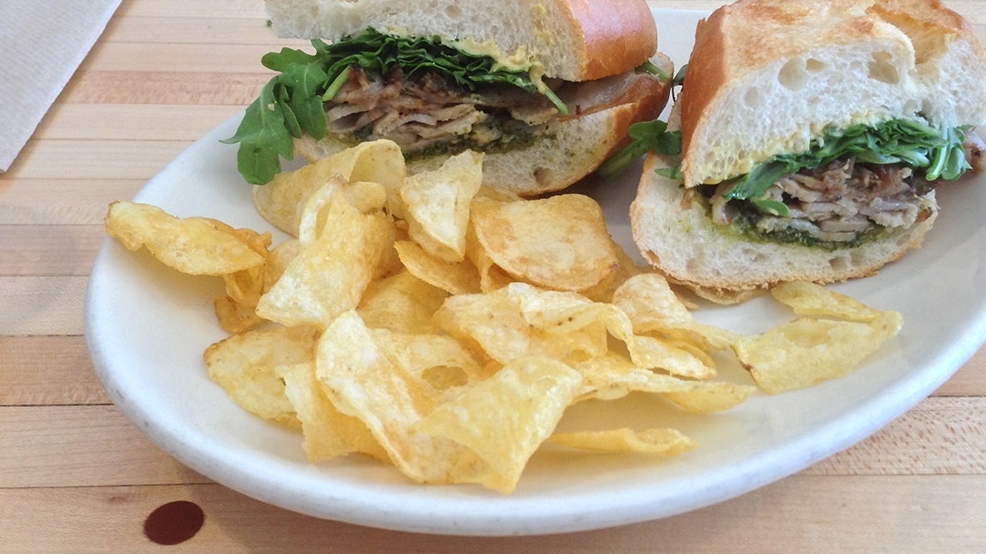 Seattle has a slew of restaurateurs who've slowly built their stable of restaurants over the years; Tom Douglas, Ethan Stowell, Renee Erickson, and Matt Dillon amongst others. But there is a chef on Bainbridge Island that has quietly joined the ranks and has recently opened a venture in Seattle as well; so now Brendan McGill and his Hitchcock eateries can now please eaters on this side of Elliott Bay.

Brendan McGill's Hitchcock first opened in 2010 in Bainbridge Island. Towards the south end of the main drag of Bainbridge, it's a short walk from the ferry terminal and can make for a unique dinner for locals to experience his food. And what a dinner it is.

The style of McGill's Hitchcock is seasonality and ingredient focused. And like many chefs in the northwest, he has developed relationships with local farms and purveyors, highlighting their products with his expertise.

I was fortunate to visit this past weekend for a tasting menu dinner amongst friends and we were walloped by delicious flavors. Figs were heavily featured on the menu, and they were surely at their peak - luscious and ripe. In total, we had about 10 courses of various size, style, and ingredients.

Convincing Seattleites to leave their neighborhood often seems difficult, but McGill has made his Hitchcock on Bainbridge Island an excellent hybrid of a neighborhood and destination restaurant.

McGill's next step that has gotten Seattle eaters excited is the expansion of his Hitchcock Deli restaurant/shops with his latest opening in Georgetown. The first Hitchcock Deli opened up next to Hitchcock on Bainbridge a few years ago.

Part of the ethos and principles that McGill and his team adhere to is to make as much of their charcuterie, condiments, and meats themselves in the deli. You'll see the sausages and meats that they prep, smoke, and cure themselves comprise their menu of sandwiches, sides, and salads. Or you can buy some and take home to fix yourself dinner. Don't forget their bacon. A friend told me that the Hitchcock bacon is one of the best he's ever had and I can see what he's saying. The perfect blend of lean and fat, smoked carefully, and utterly delicious. You can buy it at Hitchcock Deli.

Part of what makes the deli a tasty destination is their selection of sandwiches, which run the gamut of the familiar (the BLT) to the unfamiliar yet exciting (their take on the Vietnamese Banh Mi). I'm a fan of the Lazio; it features porchetta, and this Roman pork staple is one of my favorite foods in the universe.

When you get a sandwich at Hitchcock Deli, they'll serve it with a side of potato chips. And while you're at the new Hitchcock Deli in Georgetown, be on the lookout for their chocolate chip cookie. It is awesome. Order at least three; one for lunch, one for the drive back to work, and one to have with dinner. You're welcome.

The Hitchcock Deli in Georgetown has been open for about a month, but it fits within the demographic of its neighborhood; DIY, creative, and idiosyncratic. There is an outdoor patio at the front to supplement the indoor seating. When you grab some bacon or porchetta or sausage to bring home with you, grab a bottle of wine too. They feature almost 20 wines for purchase ranging in price from $11 to $25. Or buy one to have with your sandwich.

Brendan McGill has a good thing going with his Hitchcock family of restaurants. And his popularity has increased steadily over the years. In fact, he was named Food & Wine's People's Best New Chef in 2013. Even Steven Spielberg is a fan. Be sure to visit his recently opened Georgetown location for a sandwich or take in a ferry ride for dinner at his Bainbridge Island restaurant. You're in for an experience.