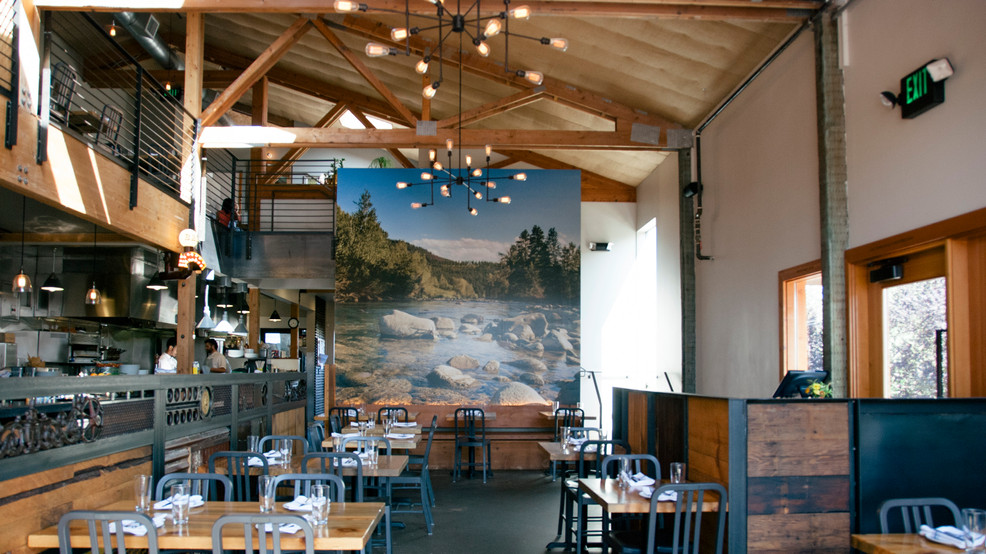 Just when inside dining was starting to perhaps feel like a thing of the past, ingenious local business owners are getting creative yet again. Several fortunate restaurateurs are now making large investments on air filtration systems that they truly hope will help diners breathe easier during inviting indoor meals.

Although Enzo’s Bistro & Bar, which recently opened in Issaquah, invites diners to enjoy delightful Italian and Calabrian fare on its spacious patio - they also chose to invest in different ambiance; a state-of- the-art ultraviolet HVAC system right from the get-go.

“Back in the spring when the pandemic began, Hal Griffith, owner of Enzo’s, had the foresight to install a system," said operating manager Michael Griffith. "Hal knew about the HVAC system previously and knew all along that it was a top priority for his restaurants."

The high-tech system disinfects the air with UV light to improve the indoor air quality and ventilation.

“We want [diners] to feel as normal as possible in a time of weariness," said Griffith. "We want them to feel comfortable, and that’s why we added extra safety precautions. We also want our customers to enjoy really good food.”

At the time of publication, Griffith says they are allowed to reach 50% capacity inside, and they enforce no more than five people per table.

“We place families together when we can and just put the tables next to each other, but still social distanced,” he explains.

All guests and employees have their temperatures checked upon arrival, too, along with additional masking (they offer them to diners who don’t have one) and social distancing protocols outlined in the Safe Start Washington plan.

"We had a diner that hadn’t left her home since March," Griffith comments. "But when she heard about the HVAC system, she came in to eat. We want to reassure diners that we are going above and beyond to make them feel more secure."

The technology now cleaning Duke's air uses a process called needlepoint bipolar ionization, or NPBI™, and is the same system installed in spaces ranging from the White House and Google to the Mayo Clinic, Ramstein Air Force Base, Harvard University and dozens of hospitals.

"We invested in this technology because it provides the cleanest air, free of pathogens, without creating harmful byproducts," says the team at Duke's. A welcomed bonus is its effectiveness in filtering recent wildfire smoke.

Lead copywriter Amy Waeschle explains that Needlepoint Bipolar Ionization does two things: strips the hydrogen from pathogen molecules, effectively killing them, and also makes the particles bigger so they get captured by the HVAC filters. She shares that a lab test, done in a closed room infected with coronavirus particles, showed that within 30 minutes of ionization, the coronavirus pathogens had been reduced by 99.4%.

“Early on during the COVID shutdown, we started to discuss what the 'new' norm would be in regards to sanitation, health, etc. for then and the future,” said Duke's ops director John Moscrip. “After evidence by health agencies that strongly suggested this virus was even more airborne than they initially reported, it became very clear that we needed to invest in a system, for our guests and team members, that had the ability to kill pathogens in our indoor spaces."

They had a feeling that this virus wasn't going to be going away quickly. Unfortunately, they were correct.

"With dining eventually moving indoors due to seasonal weather change, we set our sights on a highly-rated, low-maintenance system, the GPS," said Moscrip. "We had heard and read about other technologies, including UV light, but were concerned that if the bulb failed - they need replacing three to six times a year - we would not know about it, compromising the health and safety of those inside."

While some restaurants are opting for fancy air filtration systems like the ones mentioned above, others are going a different route. Take Marlaina's Mediterranean Kitchen in Burien, for example. The family-owned restaurant installed a germicidal UV system — which uses waves of ultraviolet light to destroy bacteria, viruses and other pathogens — in early-June.

"We hope more businesses look into this technology," said Jackie Thiebe of Marlaina's, "as it is simple and affordable."

And something tells us this may be merely the beginning of a very timely trend - and one that gets us excited about savoring safe dining experiences in the seasons ahead - the likes of which we haven't seen since the beginning of the year.