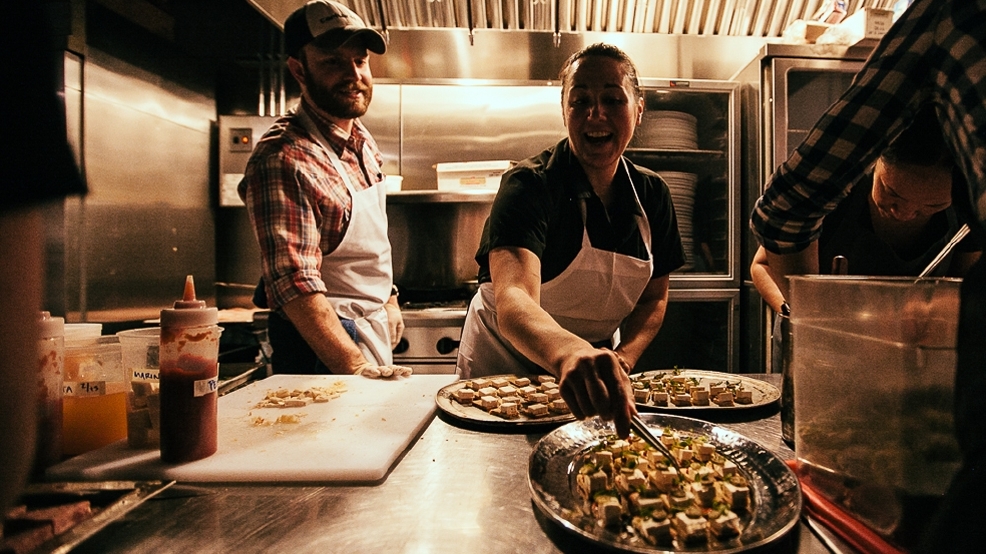 We recently wrote a piece about a new survey that says Seattleites aren't that great at connecting with their neighbors. This sparked a lot of debate in our offices (as well as in the comments), as to whether this was true, and if so, why. Being a native, it saddened me to think that our region was turning into an anti-social, uncaring city where we don't have the time to engage with those around us.


But then I was introduced to the story of Big Table and Matthew Farrer; the literal antithesis of everything the study said about Seattleites.


Matthew Farrer is a 32-year-old sous chef at Restaurant Zoe, and a fixture in the Seattle restaurant scene. His career has taken him from The Rainier Club, to Crush, Canlis, and Willows Inn - and he's made amazing friends (and amazing food), along the way. So much so that when Farrer was diagnosed with colon cancer in October 2012, his friends weren't content with just a 'Get Well Soon' card and flowers.


"This is the largest industry in the country," said Finch. "And it has some of the biggest, most stressful challenges behind those smiles on people's faces when they serve you."


When Finch did some research and realized there wasn't a single nonprofit in the country doing anything about it, he made one. Big Table is headquartered in Spokane, but has high hopes of moving national.


With the help of Big Table and Farrer's chef friends, a series of benefit dinners have been put on to raise money for Farrer's expensive cancer treatment. The first was at Canlis last January, and raised $40,000. The second was last night at 1927 Events, and brought in $30,000. It featured chefs James Sherrill of Re:Public, Jason Wilson of Crush and Miller's Guild, Jason Franey of Canlis, Stew Navarre of Local 360, and Dionne Himmelfarb of Ethan Stowell Restaurants.


Over 100 people attended last night's dinner, and almost 150 celebrated at the Re:Public afterparty. Big Table and Farrer brought the entire industry together: all of the design work, linens, handyman services, booze, wine, beer and coffee were donated, and staff volunteered to work the events. Re:Public and Grace Hoffman of 1927 Events donated space and profits for the evening, and bartenders even gave up their tips for the cause.


"The effect Matt has had as a cook and as a man on our lives, we'll bring that with us forever forward," said chef Jason Wilson of Crush.


You can donate to Farrer's care fund on Big Table, as well as browse other funds and keep up with their efforts to bring care into the restaurant industry nationally on their website.