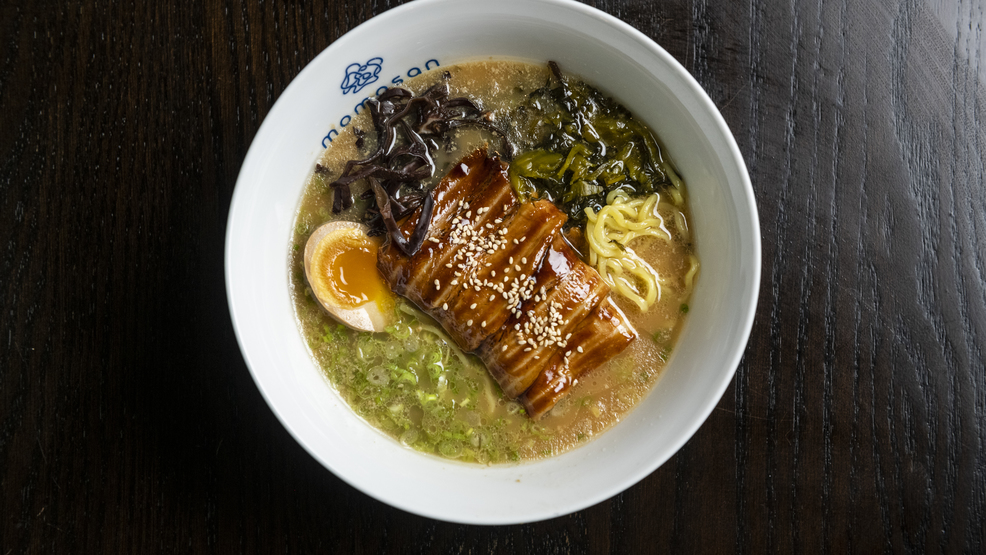 True Life: An Iron Chef made us a bowl of ramen, and he will for you too

He's a culinary icon who has earned accolades around the world, a prolific restaurateur, and an Iron Chef. Now, finally, with Momosan Ramen & Sake, Masaharu Morimoto is serving up his food to the hungry diners of Seattle's International District.

"Ramen is good because it's reasonable and casual," said Morimoto. "You don't have to wear a necktie or a suit, it's more casual and more fun. You can come in with family, friends, everybody. It's easy."

Morimoto fell in love with Seattle when he first visited the city more than 15 years ago, not to cook - but to watch his favorite sport: baseball. His first game at Safeco Field? Mariners vs. Yankees, the first showdown between two Japanese greats, Ichiro and Hideki Matsui.

Several years later he started looking for the right spot to open his first Seattle restaurant. It was a time-consuming process, but ultimately worth it. This is Morimoto's third Momosan location (the others are in New York City and Honolulu). It's his most casual concept, serving serious food in an elegant, yet low-key atmosphere.

The menu includes shareable snacks, 14 kinds of skewers from the yakitori grill and a few Seattle exclusives like seared jellyfish. But, of course, the ramen is the star of the show. There's several different options, but Morimoto's personal favorite is the tonkotsu, and he was kind enough to whip us up a bowl - as you'll see in the video above.

Suffice it to say, the ramen was delicious. The type of food that just makes you smile. Ultimately, that's what Morimoto is going for. After all these years in the kitchen, all the restaurant openings, his goal remains the same, make customers happy. And he's not planning on stopping anytime soon.

"A lot of people ask me, what's your goal? What's your dream? This is my dream," said Morimoto gesturing around Momosan Seattle. "When I was growing up in Japan, when I graduated high school, when I came to this country, I didn't even think about this. This is the dream."