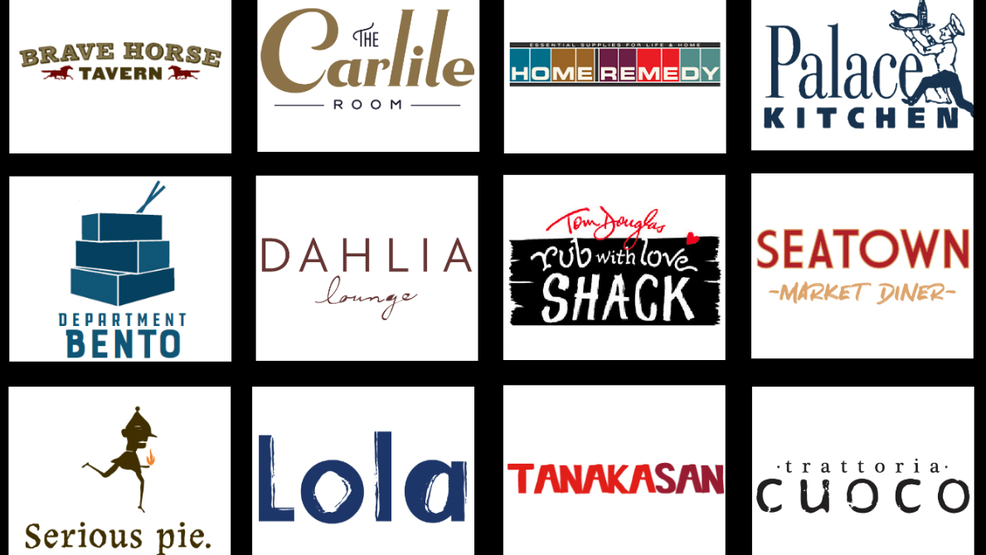 One of the biggest names synonymous with Seattle is Tom Douglas.

Did you know that the star chef and cookbook author operates 17 different restaurants in the Greater Seattle area? You’ve probably even have visited a couple and didn’t even know they were his! We decided to rank them by combining scores from Zagat, Gayot, Trip Advisor, Google Reviews and Yelp. Let me tell you, it was not easy task.

Most restaurant rating sites rate with a one-to-five star rating, but in the case of Zagat, some restaurants were listed but not rated. In those cases, we decided to give each a score of 1. Gayot don’t give a star rating at all, so if a Douglas restaurant was listed at all with Gayot, we gave it a score of 1 as well. Remember, ratings are fluid and can change very quickly. Be as that may be, here is what we came up with. Do you agree?

Executive Chef: Brock Johnson
Ironically, Tom Douglas’ first restaurant is still considered his best and in addition to the sources we compiled, it won the Diner’s Choice Award in 2018 from Open Table. The menu features “Fresh Tastes from the Market,” in addition to seasonal entrees inspired by Pacific Northwest ingredients such as Dungeness crab cakes and coffee braised beef short rib.

Chef: Tony Catini
Who would think that a pizza joint would make the top of the list? Then again, this is no regular pizza parlor. A pizzeria like no other, Serious Pie serves up thin, wood-fired pies, which isn’t unusual in itself, but it is different combinations of topping that make this place stand out like housemade charcuterie, foraged mushrooms and imported cheeses. The restaurant also features a rotating tap menu as well as over 60 different beers from all over the world.

Chef: Kyle Peterson
While some restaurants put too much emphasis on the decor rather than the food, that is not the case at Palace Kitchen. Here the dining area is dimly lit while the star attraction shines brightly as the kitchen crew grills whole trout and chicken over an applewood grill and serves up their full menu until 1 a.m. The restaurant will soon be bringing what they call “Feasts” to the table soon. We’re not sure exactly what that is, but it sounds wonderful.

Chef: Tony Catini
In many ways a carbon copy of the first Serious Pie, this location features “biscuit hours” from 7 a.m. - 3 p.m. (during the week) and are topped with everything from fried chicken and gravy to seasonal jams. Logic would reason that a menu that was even bigger than the original would lend a higher score, but perhaps the critics prefer the original location?

Chef: Benny Arocho Jr.
The market-driven menu of Etta’s pleases locals and tourist alike with such dishes as sashimi tuna salad, Dungeness crab cakes, manila clam chowder and Tom’s own very popular “Rub with Love” salmon with cornbread pudding and shiitake relish. Brunches are the best with corned beef hash, crab-topped egg Benedict and a Bloody Mary on the side.

Chef: Eric Tanaka
Growing up as a Japanese-American kid and living in Los Angeles, Chef Tanaka was raised with a most unusual palate and he has used those skills for good in this Asian-American bar where you’ll unique and tempting dishes such as twice-friend chicken wings, Osaka pancakes, caramelized coconut beef and more traditional bento boxes with a sake slushies to wash it down with.

Chef: Ron Anderson
Everything from the handmade pastas to the craft cocktails at Trattoria Cuoco have been inspired by the fresh ingredients that come alive during the seasons in the Northwest and are incorporated into traditional Italian cuisine. Start with an antipasti of fried calamari with calabrian chili aioli, enjoy a helping of lasagna bolognese with besciamella and a side Caesar salad and then finish off with a sorbetto of strawberry hibiscus with biscotti for a truly memorable meal.

Chef: Paco Nernandez Carrillo
When was the last time you heard someone saying that they wanted to try out the latest Yucatan restaurant? Cantina Lena’s food is as bright as the decor where the meat is smoked, the veggies charred and the ceviche zesty. Whether you have time to dine or in a hurry, this is your place. One thing you’ll find here that you won’t find at any of Douglas’ other restaurants: pinball machines. Your life just got better didn’t it?

Chef: Bradley Layfield
Up until 8 p.m every night, anyone can get in here, but after that, sorry kids, the shuffleboard is all ours. Described as “Seattle’s Favorite Tavern,” Brave Horse serves upgraded burgers, brick oven pretzels (with spicy chili, Northwest porter and shallot mustards) and fried chicken in addition to the 30 beers on tap. You’ll want to come here during brunch to try out their Pretzel Banana Bread French Toast topped with candied walnuts, strawberry rhubarb jam, maple syrup and powdered sugar.

Chefs: Brittany Bardeleben, Stacy Fortner and Wendy Scherer
The Dahlia Bakery is home to the famous Triple Coconut Cream Pie and if you haven’t tried it yet, shame on you. It’s amazing. But the bakery is also known for its variety of artisan breads, handmade pastries and cakes with a buttercream frosting that shames all local grocery store bakery cakes. This is also a great place to get Tom’s Tasty Tomato Soup and the Top Notch Grilled Cheese Sandwich.

Chef: Desmond “Dezi” Bonow
The creation of The Carlile Room was inspired by singer/songwriter Brandi Carlile. Despite being lower on this list, The Carlile Room won the Diner’s Choice Award this year from Open Table. All the food served here, as well as the decor, is as colorful as Chef Desmond. The progressive menu includes what they call “plant house” features and local meats. Located near the Paramount Theatre, this place often caters to the post-theatre crowds with a full late night menu.

Located within the luxury apartments known as Via6, Assembly Hall is open to all. It is one of the few places outside of Disneyland and Hawaii that offers creations made from Dole Whip (a frozen pineapple soft serve concoction) from boozy drinks to desert sundaes. Their all-day menu consists of breakfast sandwiches, salads, fried chicken baskets, pork and pineapple sandwiches and more.

Located in the Pike Place Market, Seatown Market prides itself for providing “snacks and chowder to ward off chill and winter” and “seafood and cocktails to cool off in the summer.” Enjoy fresh oysters and a beautiful view of Elliott Bay from the patio seating to match. Breakfast is served here until 3 p.m. with everything from the not-so-simple Fried Egg Sandwich (a Dahlia Bakery English muffin with avocado, jack cheese and egg served with hash browns or fruit) to the Dungeness Crab Benedict. Lunch and dinner items include oysters on the half shell, chilled crab, Copper River sockeye salmon and Seatown clam linguine.

Chef: Kyle Johnson
Also found within the Via6 Apartments, Home Remedy is sort of a mini mart/take out food restaurant featuring a mix of ready-made food items and made-to order items including Frankies, rice bowls, sandwiches, pizza, soup and an extensive salad bar plus a variety of top shelf food and beverage items.

The story goes like this: Douglas first introduced Rub with Love after being asked many times to reveal the secret ingredient found in his Spice Rubbed Salmon found at Etta’s. So, he created a Rub with Love line of spice mixes that cooks can use at home. But here, you can actually try them out on a variety of breakfast and lunch sandwiches, soups and salads. You’ll also find Dahlia Bakery treats here as well like the bakery’s famed Chocolate Chunk Cookies and warm banana bread.

The only restaurant on our list NOT located in Seattle is Douglas’ Department Bento, a partnership between him and Nordstrom. The menu features a modern take on Japanese bento boxes inspired by Los Angeles street food with “craveable entrees” made from a “traditional assortment of proteins, rice and pickled vegetables.” This is also another place to try out those Tanakasan sake slushies after work.