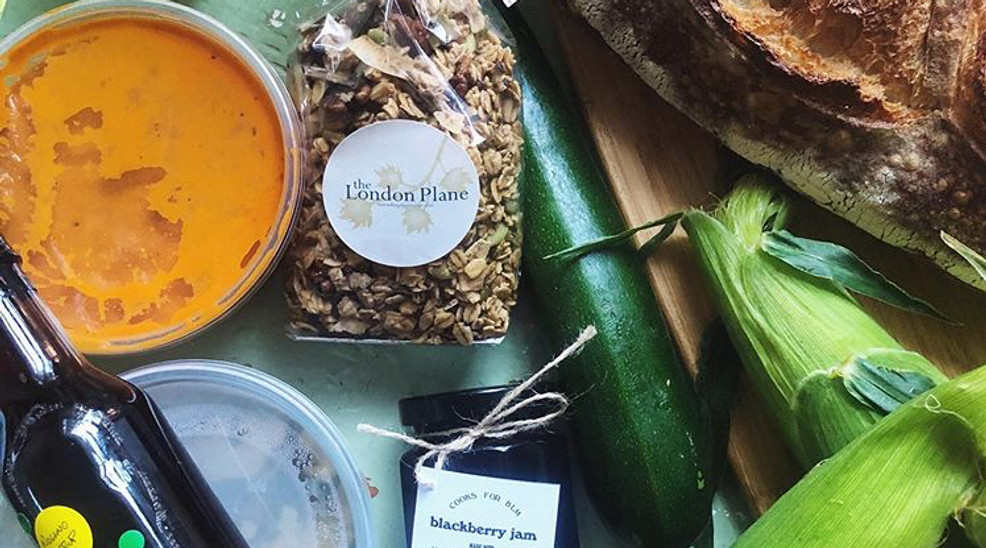 Cooks for Black Lives Matter is a project that advocates for racial justice through mobilizing the culinary community. The result: a curated box of quality, locally-sourced food from chefs, bakers, farmers and business owners who know food best.

Creators Jude Watson and Max Goldstein met while working together at Stateside. When the tragic killing of George Floyd in May of last year brought the Black Lives Matter movement back to the forefront of activism efforts, Watson and Goldstein knew they had to do something.

Goldstein explained how he sensed a feeling of restlessness among his colleagues in the culinary community after many had lost their jobs due to the pandemic, which provided time to put toward another outlet.

"It was just such a challenging time for the culinary community," Watson said. "At the same time, there was this really powerful movement happening for racial justice and against police brutality. This felt like a way that we could use our talents as cooks and organizers to bring together our community when it felt very fractured."

Cooks for Black Lives Matter assembles community-supported, agriculture-style boxes each month that contain everything from pickles to pasta. Goldstein aimed to select items every home could integrate into their own cooking, including fresh produce and baked goods.

Many local businesses have donated their products to Cooks for Black Lives Matter, including Oxbow Farm and Conservation Center, Local Roots Farms, The Cottage at Blue Ridge, Sea Wolf and Tall Grass Bakery.

The project regularly purchases a product at full price from a local Black-owned business and features it as a component of the boxes.

Cooks for Black Lives Matter's fundraising model is simple: 85 percent of the money made from sales gets donated directly to King County Equity Now (KCEN), 10 percent is given back to cooks who donate their time and resources to the project, and the final 5 percent goes back to administrative costs.

For Watson and Goldstein, KCEN was the natural choice for where to donate the money raised from the project. As a coalition of Black-led organizations, KCEN touches on a multitude of issues occurring in the county's Black community.

"Something that we really like to highlight with our project is the importance of specifically funding community organizing and direct action work," Watson said. "In order for systems to actually change, you need people doing the organizing and the activism work."

Cooks for Black Lives Matter raised just over $25,000 for KCEN last year, nabbing their donation goal. Watson and Goldstein admitted that although they initially thought their project would be a one-hit-wonder, their loyal customers have kept the project going. Without fail, the boxes sell out within a week of being released at the beginning of the month. Sixty boxes are made each month with the help of the project's devoted volunteers.

"We've had so much luck with our great volunteers," Goldstein said. "The project wouldn't be possible without them."

Beyond the volunteers, Watson serves as director of Cooks for Black Lives Matter, and Goldstein is the culinary lead. Watson currently works at Salumi as the deli lead, while Goldstein will be returning to Artusi post-pandemic.

Another business that has joined forces with the project is that of Jhonny Reyes. Lenox is a pop-up Latinx soul food-to-go and catering service created by Reyes. He's worked with Watson and Goldstein for a few months now, donating items and getting his food featured in the boxes. Like Watson and Goldstein, Reyes has worked at a collection of beloved Seattle restaurants, landing at JuneBaby. Lenox is his brainchild business, honoring his Puerto Rican and Cuban heritage. He's appreciated the opportunities that came with teaming up with Cooks for Black Lives Matter.

"It's really cool to have gotten connected and share ideas with each other," Reyes said. "It's this crazy covid community that's really supportive."

Cooks for Black Lives Matter will be sharing that community through its Hungry for Justice Summit in early February. The summit's aim is to encourage others in the food community to organize their own projects to give back.

"To me, it's really important to empower cooks to make something for a cause," Goldstein said.

Through Watson and Goldstein's experience in the culinary world, they have seen first-hand how white privilege seeps into the culinary industry and hope to help in stopping that cycle by raising up Black-led businesses and organizations — one box at a time.